Can we choose the moment we die? 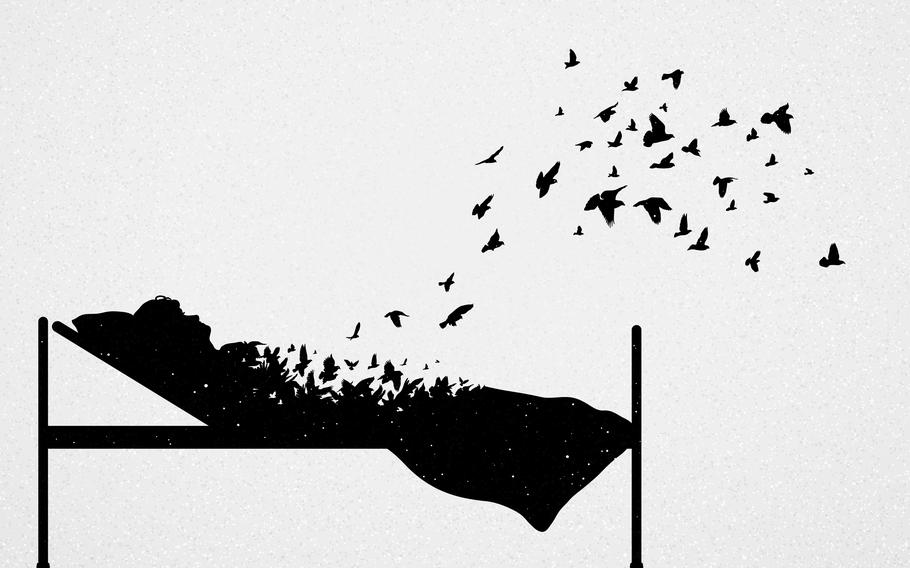 The man had promised his betrothed daughter he would walk her down the aisle. So, at the recommendation of the doctor treating him for advanced lung cancer, the wedding date was moved up by two months.

"He was a man of his word," says Charles von Gunten, the oncologist treating him. It took enormous energy for his bed-bound patient to dress for the occasion, held in a hospice facility, and accompany his daughter down the aisle in a wheelchair, von Gunten says.

That evening, after the reception, the father of the bride died.

You may have heard a version of this story before. A parent hangs on to life until a child arrives. Or against all medical odds, someone lives to see the birth of a grandchild. Or family members sit by the bedside for two days and the loved one dies when they step out for lunch.

Can people choose the moment they die?

Lizzy Miles, a hospice social worker in Columbus, Ohio, sees it all the time. Miles's own great aunt died "the very second her chaplain walked in the room," she said. Her great aunt, of strong faith, had been nonresponsive and inexplicably alive for days. In hindsight, the family believes she was waiting for the chaplain.

"All these things happen [often] enough that those who work in the field aren't surprised," says von Gunten, a pioneer of palliative medicine in the 1990s and editor in chief of the Journal of Palliative Medicine.

One theory is that a hormonal stimulus may enable us to hang on until a special event or loved one's arrival. "What people will do for one another in the name of love is extraordinary," von Gunten says. "I think of it as a gift when it happens."

But there are limits. To be clear, no scientific evidence exists that we can control the moment we die. If we could will our death, there would be no right-to-die movement or legal battles over euthanasia.

Felice LePar, an oncologist with Alliance Cancer Specialists in the Philadelphia area, also believes that people may have some sway over the timing of their death. LePar cautions families that patients sometimes die quickly after deciding on hospice; this, despite no change in their medical condition.

"We can't fully understand it," she says. "Some people decide that they are just done living." Other times, when reviewing lab tests, she wonders how a patient can still be alive.

"My rule of thumb is that when someone says 'I think it's soon,' I listen," von Gunten says. "They tend to know more than I do" about when they're dying.

Few scientific studies have explored our last moments of life. Protectiveness and respect for the deceased figure into that. Dying is seen as sacred across all cultures and getting approval from ethical review boards for such studies is difficult, von Gunten says.

Questions about potential harm to participants and intrusiveness arise, Miles add. "Do we bother people while they're dying to ask questions?" she says. "This is a tender moment for people."

Sociologist Glenys Caswell in Nottinghamshire, England, a self-described death studies scholar, has studied people who have died alone and stresses that it is not always sad.

"We all want different things in dying as we do in our living," Caswell says. "Some [who are dying] don't want people fussing over them or want to be alone when they aren't feeling well. Others don't want to distress their family."

The hospice-at-home nurses whom Caswell interviewed during her research believe we have some measure of control over death after watching many patients die after loved ones left the room. "Hearing voices may be what was holding them on to life," Caswell says. When the family leaves, they are able to relax and let go, she says.

Waiting to die until people leave the bedside can be a protective gesture to spare loved ones who might not cope well, Miles says.

"It seems to happen most often when the patient is a parent," she writes in one of her Pallimed blog posts. Her mother died when Miles took a short break to shower. The social worker says she felt guilty about that for years but learned to respect what seemed like her mother's choice and personality. "Don't project your own beliefs about what makes a good death," Miles says she advises others who experience this.

LePar says people with a terminal illness often think more about the people they are leaving behind than about themselves. They do what they think their family wants, she says, and do not want to be a burden.

That's why standard advice often includes giving permission to a loved one to die. "That reassurance can help people on both sides let go in peace," von Gunten says.

" 'You've done what you need to do. We're all right,' " Caswell suggests as an example of what to say.

Miles sees it differently, however: "If it is fear that is keeping a patient lingering, telling them it's okay to let go may put unnecessary pressure on them to go before they are ready."

How much do people in a nonresponsive state know about what's going on around them? Researchers used electroencephalography to measure the brain response of dying hospice patients to voices and sounds, before and after they lost consciousness.

The study found evidence of the brain responding to sound stimuli, supporting the idea that patients may know when someone is in the room. The researchers could not confirm, however, whether the patients understood what they were hearing or were able to identify voices.

Hospice workers refrain from saying people are "unconscious," preferring the term "nonresponsive," Miles writes on her blog. Even actively dying patients seem to have an awareness of what's going on in the room, she says. Minute gestures - the fluttering of an eye, a swallow or a head turn - can be a response. One patient started breathing along with the music she put on, "almost like he was conducting," she recalls.

I am convinced my father could hear me while dying despite his deep-sleep appearance. He squeezed my hand once and there was an upward head tilt when I said I'd take care of my mother. Then, a funny, bemused lift of the brow when I said I would write about him.

More convincingly, I had been updating my father regularly on my brother and sister-in-law's journey to be there as I received word in texts - the flight delay, rental car line, traffic. Within 15 minutes of my brother's arrival, my father died after holding on, nonresponsive, for 16 hours.

"It's impossible to know, let alone prove or disprove," says Sam Parnia, about whether we can influence our time of death. Parnia is an expert in the scientific study of cardiac arrest and death and associate professor of critical care medicine at New York University Grossman School of Medicine.

What Parnia is sure about from his research is that death is not a fixed moment and that it is not well understood. Parnia has studied thousands of testimonies from people who were resuscitated after being considered dead. They consistently described feeling conscious, lucid and aware of what was going on after their heart stopped.

"Calling the time of death when the heart stops beating and the body and brain stop functioning reflects social convention rather than the science of what is happening to the body biologically," Parnia says. "Studies have shown categorically that our brain cells do not die for many hours after we die."

Von Gunten advises people to behave around the dying the same as always - not being afraid they will break if you hold them, for example.

"You don't have to keep children quiet and lights don't have to be dimmed," he says. "Whispering outside the door is the worst thing you can do if that person always wants to know everything."

Ideally, the dying person will have talked to family and friends about their end-of-life wishes beforehand, Caswell says. Who do you want at your bedside, or do you prefer solitude? Do you want to listen to a cherished symphony during your last hours or have someone read a favorite poem? It's a hard conversation to have but everyone benefits from that openness, Caswell says.

Dying is the last thing you do in life. Why shouldn't it be exactly as you want it, and maybe even the moment you want it?