Pumpkin spice won. It's time to accept it and move on. 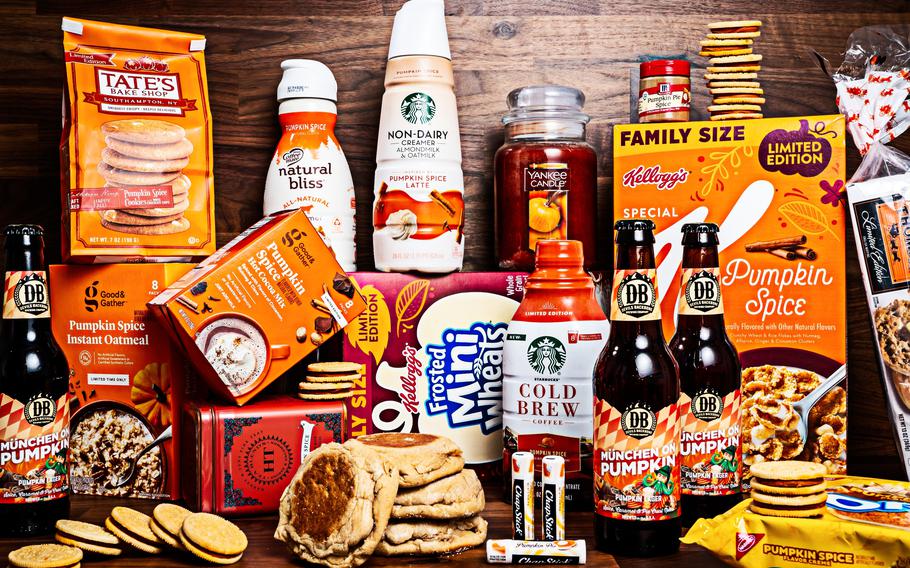 In late August, Starbucks began selling its seasonal pumpkin spice lattes, an annual event that has become the symbolic starting pistol of the crisp, floating-leaf, cable-knit autumn of our collective imagination. Never mind that, back in the right-side-up world, summer sweat was still rolling down our backs.

But something feels different this year as we peruse the aisles of the grocery store, already laden with an ever-expanding assortment of cookie dough and cocoa mixes and candles scented with clove and allspice. The vibe, it seems, has shifted for pumpkin spice. Or rather, it seems pumpkin spice is no longer a recognizable vibe. Instead, it's just inevitable. Like death, taxes and new Taylor Swift albums, pumpkin spice is now merely a part of the human condition.

Throw pumpkin spice into the pile of things that once served as cultural markers but now read as neutral: Denim and tattoos, for example, were once reserved for the counterculture, but now they're just as at home at the PTA as in the demimonde. Punk music now sells minivans.

So goes it with pumpkin spice, which used to be seen as part of a lifestyle choice, a signifier of the flavor's most ardent acolytes: women (mostly White, mostly with flawless highlights) who loved brunch and cozy sweaters and pick-your-own apple orchards and painted signs in their kitchens reminding them to dream. Now pumpkin spice season arrives like any other meteorological phenomenon. It's here for everyone, like it or not.

"You are bound to run into something pumpkin-spiced - maybe pancakes or a seasonal drink," says Melanie Zanoza Bartelme, who tracks food trends for market-research firm Mintel. "You can't avoid it, so you don't have to be embarrassed about enjoying it. It's here - it's all around us."

Emily Contois, an assistant professor at the University of Tulsa who studies food and media, likened the flavor's mainstreaming to that of Uggs, those fluffy-lined boots that make their wearers look like they have baked potatoes for feet. Ultra-trendy in the late 1990s and early aughts, they were soon written off by the fashion elite only to be ironically revived every so often. Now, they're just another brand. "It was either, 'Oh, that's a bubble that's going to burst,' or 'We're never wearing these again,'" she says. "But then these boots became part of our lives." 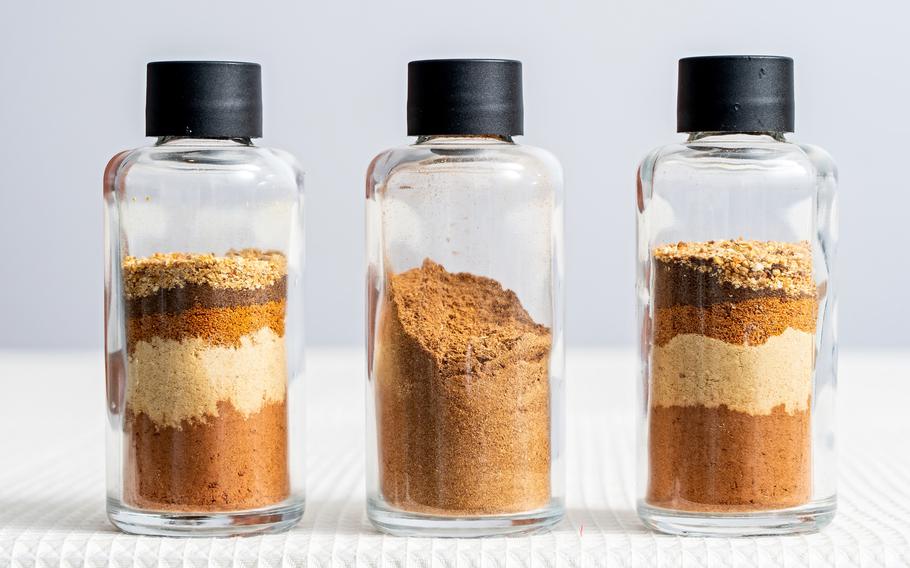 Some cynics inevitably still scorn those who embrace #pumpkinspiceSZN with Instagram gusto, but along with the mockery on social media, there's another strain of thinking that seems borne of the near-universal slog of the last few years: Maybe just . . . let it go? If a PSL isn't your thing, just order your regular latte. Or don't. Do you.

As one proponent of that attitude warned on Twitter on the day of Starbucks' PSL debut: "Y'ALL, listen to me. There will be NO pumpkin spice slander today. Today we are going to let people enjoy things!!!!"

"Who cares if someone is excited about a Taylor Swift album or a pumpkin spice latte?" another wrote. "Let people feel joy and leave them alone."

It's not your imagination - pumpkin spice products really are proliferating. They accounted for more than $231 million in sales over the last year, according to NielsenIQ data, which is nearly 27% higher than the year before. This season, Oreo is offering a limited-time pumpkin spice flavor for the first time since 2017.

The flavor is especially concentrated in the breakfast category, which makes sense given its barista-borne origins. You can find it in cereals (including Special K, Frosted Mini-Wheats and Cheerios), baked goods (Thomas' bagels and English muffins and Pillsbury Grands) and yogurts (Chobani, Oui and Siggi's). Coffee creamers and cold brews abound. In my late-August, Washington-area shopping rounds, I didn't see any of the novelty products that marked the heyday of Peak Pumpkin Spice. No Spam, for instance, or potato chips, which I took as a sign of the flavor's journey past trendiness. No one bases their personality on preferring strawberry ice cream over chocolate, or ascribes a persona to those who do. So how did pumpkin spice assume its own spot on the list of flavors one can enjoy without making a big thing out of it? Let's go back for a moment to the olden days of 2003, when Starbucks introduced its seasonal latte spiked with the warming flavors of baking spices. As its popularity spread on then-nascent social media feeds, "pumpkin spice became the ultimate symbol of basicness," as my colleague Maura Judkis noted in 2017. Eventually the Basic Beckys of the world embraced it as their totem, celebrated on T-shirts and mugs with sayings like "Leggings, boots & pumpkin spice."

Nearly two decades later, we're in pumpkin spice's fourth wave, where one can order a pumpkin-spiced cold brew without a side of baggage or irony - thanks to those early pioneers, of course, but also thanks to the vagaries of human nature and the food marketers who understand it. It seems there was an opportunity for an early-fall flavor, lodged somewhere between the bright fruits of summer and the looming array of holiday tastes, from peppermint to gingerbread.

Nature - and capitalism - abhors a vacuum. "There was an opening," Bartelme says. Having a flavor to gravitate to when summer is ending can be comforting, she says. "It's sort of compensation - pumpkin spice says, 'Warm me up, hold me in your coffee arms and tell me everything is going to be OK.'"

Contois offers a grimmer explanation for that seasonal appeal. As climate change results in summers of record heat and violent storms, she notes, the idea of autumn that pumpkin spice's flavors conjure is ever more reassuring. "We have these brutal summers that are uncomfortable and dangerous, and so we're yearning for the cool air and crunchy leaves," she says. "That yearning is real."

A more straightforward reason it has caught on? Well, pumpkin spice, with its blend of cinnamon, clove, nutmeg, ginger and allspice, is actually pretty good as far as a flavor profile goes.

In late August, I started skimming grocery shelves, seeking out the telltale burnt-umber tones of pumpkin spice packaging. I amassed more than a dozen items and sampled them over a few days, hoping that the husky spices and warm-me-up textures they promised would somehow transport me from my current reality, where the AC isn't quite strong enough for the soup-humid, 90-plus air around me and the last word I'd use to describe my attitude is "reinvigorated."

It turns out that while pumpkin spice is perfectly good, it doesn't necessarily elevate whatever medium is conveying it. I've always liked Frosted Mini-Wheats; the seasonal version, though aggressively colored with orange frosting, was a nice change. I'm a fan of Greek yogurt, and I enjoyed Chobani's nutmeg-forward version. A buttered Thomas' English muffin and a mug of Harney & Sons tea - both spiked with gentle baking spice sweetness - was a lovely afternoon snack, one I might have picked for a cool afternoon even if I wasn't on this bizarre mission.

On the other hand, I generally avoid Starbucks coffee and its bitter sting - and the assertively pumpkin-spiced iterations of its beans and cold brew did nothing to change my opinion. I even tried throwing in pumpkin-spiced creamers from Coffee-mate and Starbucks, and they definitely didn't help - but then again, I prefer regular milk in my coffee.

Do you like Oreos? Then you'll probably appreciate their autumnal incarnation, whose spicy scent clung to my hands long after I polished them off.

All told, my experiment didn't leave me comforted, just cold. Not temperature-wise, of course - as I write this, I'm scooping my hair up into a damp topknot and contemplating fetching a fan from upstairs. But it did offer me a lesson: However appealing, pumpkin spice cannot mask the true nature of anything. Its spell isn't even enough to convince me that cooler, more pleasant days are just ahead. But I'm OK still marinating in the late-summer heat and its foods - the last of the fat red tomatoes and buttered corn and hamburgers on the grill.

In short, it's perfectly acceptable to enjoy pumpkin spice as a bit of popular monoculture in these fractious times.

I'm not alone in that thought. Recently, Bartelme spotted a service station near her home offering "pumpkin spice oil changes," and it made her smile. "We're all in on the joke now."