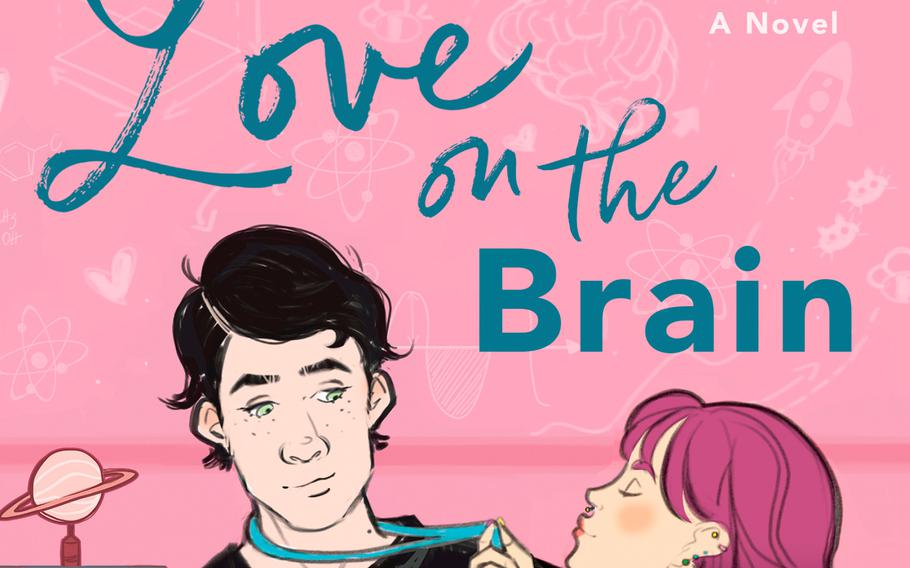 Ali Hazelwood is hiding in plain sight. Search the best-selling romance author's name online, and you'll see plenty of photos of the smiling, spectacled brunette, not to mention a TikTok of her gamely autographing a fan's chest (caption: "when getting the signed book isn't enough"). But she'd rather not divulge her real name.

So who is the woman behind the pseudonym? Here's what we know: She was born and raised in Italy and retains a charming accent. She's a neuroscientist and professor living with her husband somewhere in the United States. And her age is ...

"Can you just say I'm in my thirties?" she asks over Zoom. "I'm sorry. Is that weird? Am I being weird?"

"Weird," like a lot of her words, comes out with an "a" on the end: weird-a. But the answer is no. Pen names are not at all out of the ordinary, particularly in the world of romance. And yet, she still seems conflicted about the whole thing.

Spock, though? Really? The one played by Zachary Quinto? Oh no, she clarifies, Leonard Nimoy too. 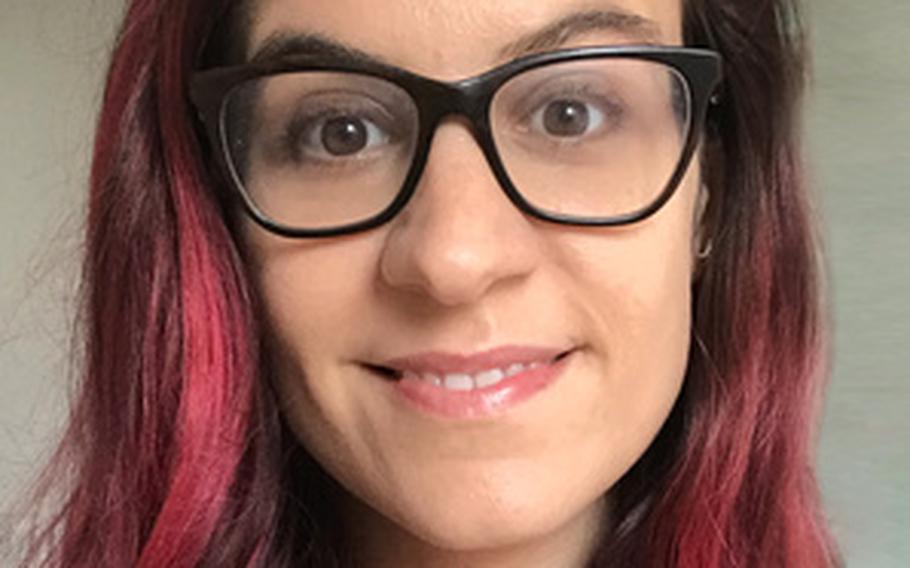 "Even as a kid, I loved Spock so much," she says with reverence. "He's just this broody, emotionless science man, but every two or three episodes, something happens, and they just make him feel all the emotions."

Hazelwood's fan fiction showed her potential. One story, inspired by Kylo Ren and Rey from the Star Wars franchise, had enough depth and humanity — and the setting of STEM academia was different enough from "a galaxy far, far away" — that when literary agent Thao Le stumbled across it in 2020, she thought it already read like an original story.

"Honestly, if you didn't know it was inspired by characters from 'Star Wars,' you wouldn't even recognize them," Le says.

One fortuitous Twitter connection later and the pair were turning Hazelwood's fan fiction into "The Love Hypothesis."

And now here she is, less than a year after her debut became a bestseller and days from releasing her second novel, "Love on the Brain." Both are about female scientists who fall for, well, broody, emotionless science men. Hazelwood also published three novellas this year. ("I should be doing research," she says, "but I'm doing this other thing.")

Hazelwood's novels fall into the growing genre of "STEMinist" fiction that also includes recent feel-good bestsellers "Lessons in Chemistry," by Bonnie Garmus, and "The Soulmate Equation," by Christina Lauren. "Love on the Brain" revolves around two scientists, Bee Königswasser and Levi Ward, who are working on a NASA project to create a helmet that uses transcranial magnetic stimulation to reduce an astronaut's "attentional blinks," which, as Bee describes it, are "those little lapses in awareness that are unavoidable when many things happen at once."

There are plenty of breathless encounters in "Love on the Brain," but the flirty banter isn't typical romance stuff. It might consist of a scientific debate about why couples are destined to break up. "Emotions are transient by nature," Bee schools Levi. "They're temporary states brought on by neurophysical changes that aren't meant to be long-lasting. The nervous system must revert back to homeostasis." To which Levi responds: "What about prairie voles? They pair bond for life." Swoon.

"The Love Hypothesis" has been hugely popular on TikTok, where young women sing its praises and quote its "spicy" passages. And that begs the question: Do Hazelwood's students really not know about her alter-ego? What about her co-workers?

"No one has ever said anything to me," Hazelwood says. "I don't think they know. Maybe they don't read romance. And there are many authors whose faces I wouldn't know."

It didn't even occur to Hazelwood that she was living "this weird Hannah Montana life" until "The Love Hypothesis" started taking off, but by then she wasn't sure how she would even broach the subject of her book with people who know her as a scientist.

"If, one day, someone comes into my office and says, 'you wrote this,' I'm going to own it," she says. "Right now, the hard thing is just bringing it up to people, like, 'oh, by the way, I wrote this book.'"

Pen names are common in the romance genre, which has historically been stigmatized and minimized despite massive and growing popularity. (Three romance authors — Colleen Hoover, Emily Henry and Taylor Jenkins Reid — are currently dominating the paperback bestsellers list.) But Hazelwood says she isn't keeping her identity secret because she's ashamed of writing about sex.

She's proud of writing romance. Ten years ago, maybe she would have been embarrassed, but the fan communities she belongs to have changed that.

"I found my people, and by finding my people I was able to accept myself better," she says. "I find writing and reading stuff incredibly hot and, you know, it's something that makes me happy."

Hazelwood has also found her people at book events, though she doesn't do many readings. (She's under the likely mistaken impression that her fans won't appreciate her accent.)

"It's a weird thing, because I'm not hiding," she says, before stopping and starting a few times, weighing her words.

That's good, because with another romantic comedy ready to take TikTok by storm, it feels like it can only be a matter of time.