Yes, adults can be picky eaters. Here's how to stop. 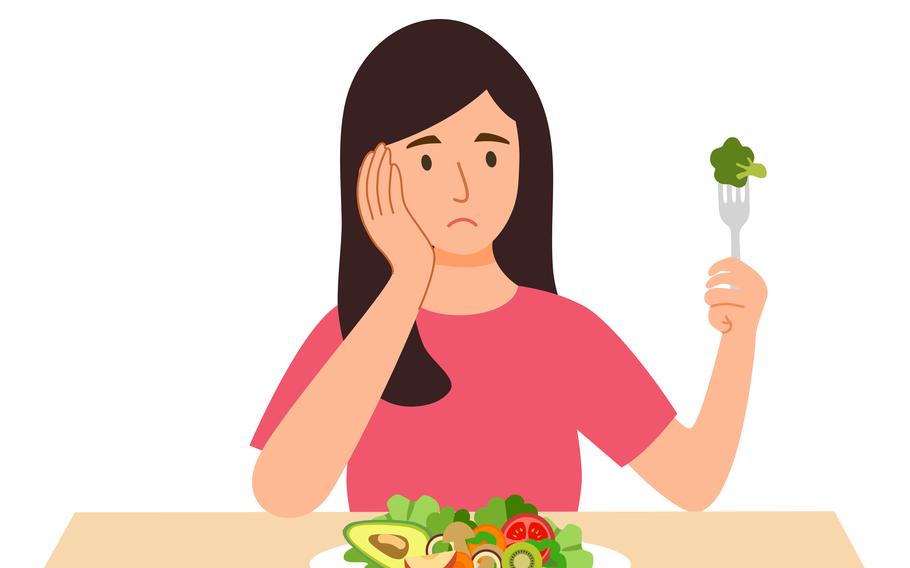 The cucumber was the final straw.

Prodded by her mother to try it, Jacqui Tetreault, then 19, had a "full-blown panic attack." It was the culmination of years of being labeled a picky eater, years of being pressured to taste new foods and feeling her family's and her own disappointment when she refused or didn't enjoy them.

"I want to like salad," said Tetreault, now 28, and a luxury travel planner in Boston. "I want to like all this food. I just don't. Even if I try it, I just don't like it. And there's this deep sense of shame of, like, I can't be what I want and what everyone else wants."

Although Tetreault had been a picky eater her whole life -- jokingly calling herself a "breadetarian" with an internal "iron wall" that slammed shut at the prospect of new foods -- she'd never had a panic attack before the cucumber incident. So she decided to seek professional help, and eventually began receiving therapy for avoidant/restrictive food intake disorder (ARFID).

Many people with ARFID eat fewer than 20 foods, mostly carbs and dairy. While ARFID is on the polar end of the picky eating spectrum, affecting 0.3% to 3% of the population, moderate pickiness is much more common. According to Hana Zickgraf, an assistant professor of psychology who studies eating behavior at the University of South Alabama, roughly 30% of people identify as picky.

Evolution played a big part in that. As omnivores, we're "biologically prepared to reject really novel foods the first couple times" we try them, to prevent us from ingesting toxic substances, Zickgraf said. It's no accident we reach the height of pickiness around 2 years old, soon after we've gained the motor control and chewing skills required to wander around and potentially consume things we shouldn't.

Although we all pass through our peak picky phase, usually around age 5 or 6, some people do so less completely. Zickgraf said nature, rather than nurture, is probably to blame, with potential factors including heightened sensory and disgust sensitivity, as well as cognitive rigidity.

Whatever the cause, one thing is clear: Picky eating produces more picky eating.

As non-picky eaters age, they try more and more foods, exponentially increasing those their body recognizes as safe. As a result, Zickgraf said, "Even if we come across a combination of tastes and textures that's relatively new to us, we have enough experience with similar things that our nervous system doesn't react to it as if it's completely new."

But picky eaters lack that context. "That can be what's so frustrating," Zickgraf said. "On a conscious level, they know it's safe, but their nervous system is acting as if it's not." So if you're a picky eater who wants to change, you'll need to deliberately expose yourself to new foods - because, as Zickgraf said, "You can't really think your way out of it." Here's how to get started.

Many adult picky eaters struggle with public shame and social isolation, said Nancy Zucker, a professor of psychiatry and behavioral sciences at Duke University and director of the Duke Center for Eating Disorders.

As a first step, then, she suggests opening up about your picky eating when dining with others, allowing yourself to feel heard and understood. Give yourself "points just for having an experience with food," she said, rather than beating yourself up if you don't like something.

Keira Oseroff, a psychotherapist and faculty member with the nonprofit Ellyn Satter Institute, agrees that "shame has never been an effective motivator." She endorses creating small, attainable goals, because changing eating patterns can take months or years. "Patience is key," she said. 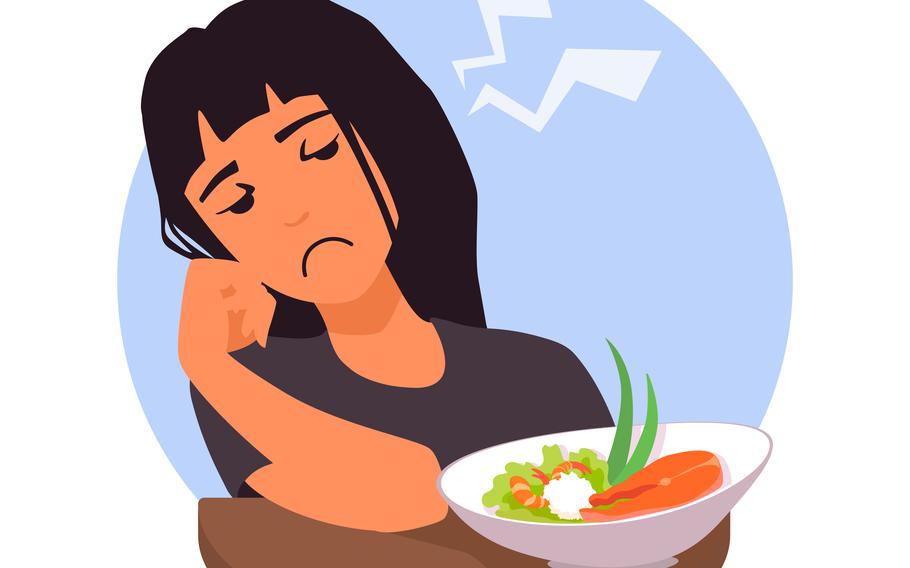 Pick foods to learn about

Next, make a list of foods to try, said Jennifer Thomas, co-director of the Eating Disorders Clinical and Research Program at Massachusetts General Hospital and co-author of "The Picky Eater's Recovery Book." Choose foods that could help you socially and nutritionally (sorry, but that probably means vegetables).

For example, Thomas said many adult picky eaters prioritize salad, since it's such a business dinner staple. With a multi-ingredient dish like that, take the fancy restaurant approach and deconstruct it. Put lettuce, tomatoes and olive oil on your list, getting used to each item's individual taste before mixing them together.

And if you can't stand the thought of, say, broccoli, leave it off the list. "Luckily, there's like 100 vegetables," Thomas said. "So just pick another one."

Once you've got your list of foods, select five to try over the next week. Thomas suggested initially sampling fruits and vegetables raw, since cooking can intensify flavors, but do whatever makes you most comfortable.

In a low-stakes environment (perhaps alone, at home), place the foods in front of you and describe how each one looks, feels and smells, doing your best to avoid negative language. Instead of calling kale "gross," for example, say, "It's green and leafy, with an earthy smell."

Zickgraf advised keeping your face neutral, too. That's because the universal disgusted face - you know, the one with the scrunched up nose - is actually a physiological response meant to protect us, again, from consuming toxins. "It prepares you to spit out whatever's in your mouth," she said.

Take a deep breath, then take a bite. Describe it. If you can, take another bite; if you can't, try again the next day, and the next. Research has shown infants need seven to 12 exposures before they'll start eating a new food regularly. "You can't really expect to be able to form an opinion about it on the first try; that's just not how omnivores work," Zickgraf said.

"Continuing to have little tastes repeatedly should build familiarity, which helps to build liking," said Thomas. She compared it to hearing a new song on the radio: The first time, you might hate it, but by the fifth time, you might be singing along.

After your initial exposure, it might also help to sample the food in other ways: mixing it with things you enjoy (adding blueberries to cereal), using condiments (dipping carrots in ranch dressing) and experimenting with preparation methods (roasting vs. steaming).

As you work through your list, remember you don't have to love something to add it to your diet. There are other reasons to put a food into regular rotation: convenience, variety, nutritional value.

But if you really hate a food after 10 tries, Thomas grants you permission to give up. "You have to kiss a lot of toads before you can find your prince," she said. The good news about kissing toads is it should only get easier. In Thomas's experience, the more new foods patients add to their repertoires, the more their fear of unfamiliar foods decreases.

That's certainly true of Tetreault. Though her quest to expand her diet is ongoing (and though she still doesn't eat cucumbers), she said confronting her picky eating has been "life changing." Since starting therapy, she's taken business trips to Peru and Morocco, without panicking about what she's going to eat. "For some people, it might seem very small," she said. "For me, it's been huge."