Pros and cons of weighing yourself daily 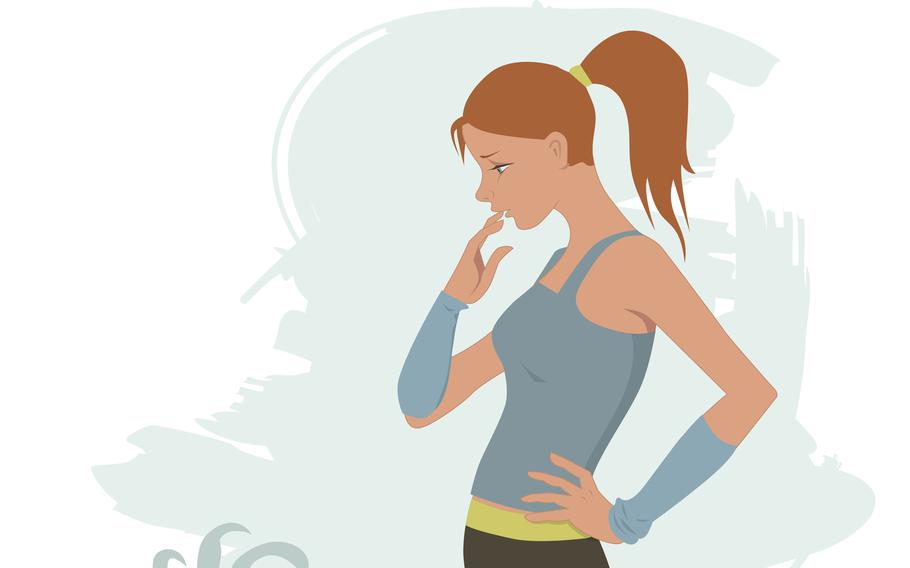 Weight fluctuates throughout the day and is influenced by a wide range of factors, including the time, whether you had a bowel movement and where you are in your menstrual cycle.  (iStock)

For years, Jason Goldberg considered the scale a “shame machine.” He was overweight from a young age and reached 332 pounds in his late 20s. Though it didn’t make him feel good, he was obsessed with checking his weight: “Even when I had eaten really badly the day before, I would still get on the scale,” said Goldberg, 41, who lives in Los Angeles and runs a leadership coaching and consulting business.

Then he had bariatric surgery and lost more than 120 pounds - and continued weighing himself. The habit created challenges, he said, especially when the number staring back at him ticked upward. But through self-work, Goldberg began to see the weigh-ins strictly as a source of information. “Instead of it being a self-judgment mechanism, it becomes a feedback mechanism,” he said. “It gives me pause to say: What was the catalyst to make the scale go up or down?” Though he still weighs himself every day, he focuses on non-scale victories, like being able to ride in an airplane without a seat-belt extender. “I don’t have to stake my success or failure on this square on the floor reading me my fate,” he said.

Kelley Kitley, 43, a licensed clinical social worker who owns Serendipitous Psychotherapy in Chicago, is firmly anti-scale. The mom of four, who had an eating disorder in her late high school years, remembers being a “slave to the number” on the scale. Now, if she needs to be weighed - say, at the doctor’s office - she steps on the scale backward to avoid seeing the result. “Weighing yourself every day just becomes obsessive, and it can control your whole day and affect your mood,” she said.

So, is it OK to weigh yourself every day? “This is one of these questions where we get into this divide between the more medicalized obesity field, and the eating disorder field,” said Mallory Frayn, a clinical psychologist and founder of Impulse Psychology in Montreal. She stressed that there’s a lot of gray area in the debate. “We have to take it on a case-by-case basis. It’s hard to make sweeping statements, like ‘This is bad for everyone.’ “

If you find that weighing yourself ruins your day, or if you have a history of disordered eating, it’s probably best to avoid daily weigh-ins. In contrast, those who experience the scale more neutrally stand to benefit from the habit. Here are some pros and cons of tracking your weight.

Provides accountability. Evidence suggests that people who regularly weigh themselves are more likely to lose weight and keep it off than those who don’t. In one study, for example, researchers tracked 1,042 adults for a year and concluded that those who weighed themselves once a week or less did not lose weight, while those who got on the scale six or seven times a week averaged a 1.7% weight loss.

“For some people, it helps them hold themselves accountable and see their progress,” said Paula Doebrich, a New York City-based registered dietitian and nutritionist who owns Happea Nutrition. The scale provides a benchmark to measure goals against. “There’s a certain type of person who really wants to see that number go down - or up, depending on their goals - and that motivates them.”

Promotes good habits. Another study found that daily weigh-ins led to “greater adoption of weight control behaviors,” such as reducing snacks between meals, cutting back on dessert portion sizes, exercising for 30 minutes or more and increasing daily steps.

Regular weighing is helpful for those who are actively trying to lose weight, as well as those trying to maintain their current weight, said Gareth Dutton, a professor in the division of preventive medicine at the University of Alabama at Birmingham. American adults, on average, put on one or two pounds per year, and daily weigh-ins can help delay or prevent that. Even when people are reluctant to weigh themselves, it often “becomes a really important tool in their tool belts,” Dutton said. “The analogy I use sometimes is that the scale is like the speedometer in your car, because it’s not there to judge you - it’s there to tell you how fast or slow you’re going.”

Daily weigh-ins are more beneficial than checking the scale less frequently, Dutton said. Why? “It’s more information,” he explained. “It helps you detect patterns and trajectories sooner so that you can intervene sooner.” Another benefit, according to Dutton: Daily weighing helps you develop a habit. Stepping on the scale when you wake up every morning, for example, will make it a ritual, just like brushing your teeth.

Leads to fixation and frustration. Weighing yourself regularly could turn into a fixation, especially for those with a tendency toward disordered eating. “You might step on the scale, see the number go up and all of a sudden do something to compensate for that,” Frayn said. “Maybe you set your calorie goal lower for the day, or maybe you engage in a compensatory behavior like purging or laxative use.” That kind of knee-jerk reaction could turn into an unhealthy cycle, she explained: “You felt anxiety because the number went up, so you did a thing to make the anxiety go down - and now you’ve learned that the next time you see the number go up on the scale, all you have to do is that thing, and you’re going to feel better.” Soon, you settle into a pattern of adjusting your behavior in response to the scale, rather than focusing on a long-term plan to reach and maintain a healthy weight.

Knowing exactly what you weigh also could lead to “physical and emotional issues,” said Kerry Heath, a licensed professional counselor with expertise in eating disorders who practices in Phoenix. She worries that regular weighing could teach people to “rely on external cues for validation,” and lead them to experience “feelings of frustration, confusion and desperation related to lack of control.”

Similarly, weight fluctuates throughout the day and is influenced by a wide range of factors, including the time, whether you had a bowel movement and where you are in your menstrual cycle. “Your weight is like your heartbeat, in the sense that you might have a resting heartbeat, like 65 beats a minute,” Frayn said. “But if you check in at any given point in time, very rarely are you going to see it as exactly 65.

Alternatives to the scale

Many experts agree that it’s important to be aware of whether you’re gaining or losing weight - but that doesn’t necessarily mean monitoring the number on the scale, said Pamela Peeke, author of “The Hunger Fix” and an assistant professor of medicine at the University of Maryland. Here are three suggestions from Peeke of what to do instead:

Measure your waist and hips. This will produce a metric that’s usually more palatable than seeing a (larger) number on the scale. The circumference of your waist, in particular, “has a tremendous amount to do with your health,” Peeke said. “If you carry too much fat deep inside the belly,” you’re at increased risk of death from cardiovascular disease. Check your measurements once a week, Peeke suggested. If the numbers get bigger, it could be a signal for you to make dietary tweaks or spend more time exercising.

Use a “clothes-o-meter.” Choose a garment that fits comfortably. Consider that shirt, pair of pants or dress your starting point, and then grab a version that’s one size down. Try on the smaller item once a week until it fits. Said Peeke: “Who doesn’t feel good wearing a piece of clothing that you just love, right?”

Time yourself walking. Walk a half-mile as fast as you can, and log how long it takes. Then, as you continue to be active, watch your speed increase.

“You’ll go, ‘Wait a minute, I went down an inch,’ or ‘I can walk that same distance five minutes faster,’ or ‘I’m closer to zipping up the jeans I love more than anything,’ “ Peeke said.

A lot of Doebrich’s clients find it “very freeing” to forgo the scale. She urges them to consider: How do I feel? How do my clothes feel? “We get so much more in tune with our bodies when we don’t focus on external numbers and instead really think about how this new lifestyle or diet or exercise makes us feel,” Doebrich said.

How to make the right decision for you

Whether you weigh yourself regularly or swear off the scale comes down to knowing yourself. Some people feel empowered by the information it provides; others will spiral into anxiety. “It’s important to be really honest with yourself and think about what happens after you weigh yourself,” Doebrich said. “Is it just, you stepped on the scale, and it’s a number, and it’s fine? Or does it determine how you feel the rest of the day?”