Is it time to stop using your fitness tracker? 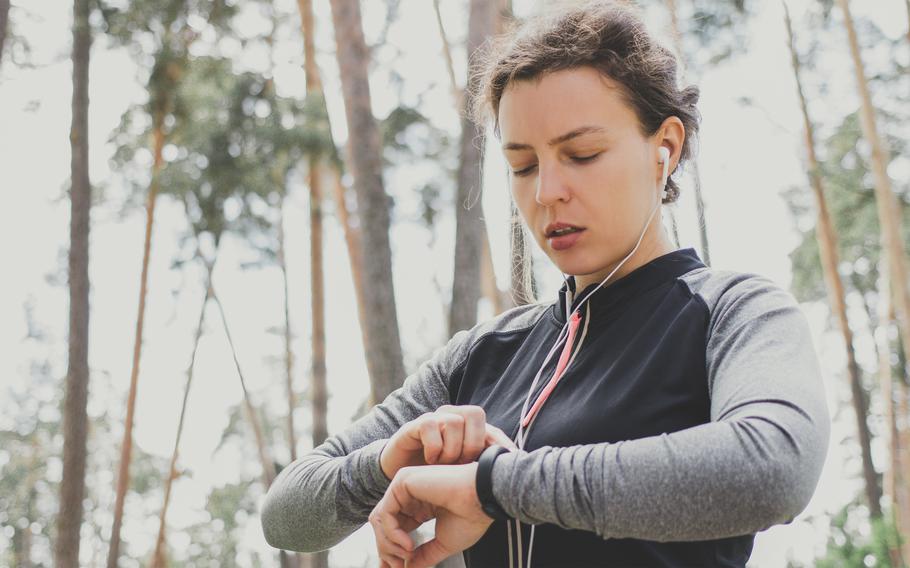 In 2017, LC LeClair’s health insurance provider offered her a free fitness tracker as part of her wellness benefits.

LeClair, then 46, had always been active. Though she’d experienced some medical challenges that had limited her ability to exercise, her health had stabilized and she was swimming twice a week at her local YMCA, doing yoga two or three times a week and walking regularly.

When her insurance company offered her the fitness tracker, LeClair, who lives in Northampton, Mass., and trains Montessori teachers, thought it would help her stay motivated. And, at first, she liked tracking her steps and monitoring her heart rate. The information was new and interesting.

After a few months, however, the tracker became a standard against which she measured herself. She began focusing not on the pleasure of walking, but on how to make sure she would get enough steps. Instead of noticing the changing sky or running her hands along moss-covered trees, she worried her heart rate wasn’t high enough. When she woke up, her first thought was, “Will I get enough steps today?”

“I tried to pretend it wasn’t there and let it do its data tracking without thinking about it,” LeClair said, but that was becoming increasingly difficult. She found herself wishing she could just go for a walk without the device pinging her to tell her about her progress.

And then one day LeClair decided she’d had enough. “I took it off and I threw it in my bathroom wastebasket,” she said.

“I tortured myself for eight months because I thought it was what we were supposed to do or it was so good to have all the data tracking,” she said.

Today’s fitness trackers can do so much more than just track your steps. The latest wearable devices monitor your sleep, your recovery, your workout intensity and even keep track of your waves while surfing. Access to this information is not always positive, and some experts warn the gadgets could be hindering, not helping, your fitness.

Here’s how to know if it’s time to ditch your tracker and what to do afterward.

Alissa Rumsey, a registered dietitian in Brooklyn and author of the book “Unapologetic Eating,” coaches individuals and groups on intuitive eating and exercise. She said fitness trackers help some of her clients get an idea where they are with their movement, but for many people - and for herself - tracking can become a negative obsession, as it did with LeClair.

“They become fixated on the numbers and kind of preoccupied with tracking and hitting certain numbers and in doing so lose track of what really matters,” Rumsey said.

Fitness trackers can start to become unhealthy if there are no boundaries attached to their use, warns Daryl Appleton, a psychotherapist and performance coach in East Greenwich, R.I.

“If you are constantly checking your app or steps and measuring your worth by it, or have found that tracking your fitness and caloric intake is impeding your everyday personal and professional life, you could be priming yourself for certain mental health disorders,” Appleton said. She said this can lead toward depression if left untreated.

In addition to making people obsessed with keeping their numbers where they think they should be, fitness trackers can discourage exercising at all. Steph Gaudreau, a nutritional therapy practitioner and strength coach in San Diego, said one of her clients purchased a tracker to help her feel motivated to walk regularly. Instead, it had the opposite effect.

The woman told Gaudreau if she knew she wasn’t going to get in 10,000 steps then she wouldn’t walk at all. “If I can’t meet the 10,000 number, why bother trying?” Gaudreau said the woman asked her.

Another potential problem with fitness trackers is that they can encourage users to ignore their bodies’ cues and keep exercising when they shouldn’t.

“They stop paying attention to how their body feels and if they need rest, if they need movement,” Rumsey said. “It’s more like, ‘Oh, I hit my step goals. So I don’t have to worry about moving today,’ or, ‘I didn’t hit them, and even if I feel really tired and run-down, I need to get out there and hit my step goals or my calorie goals.’”

This can lead people to feel disconnected from their bodies, as Rumsey learned firsthand. A few years ago, when she was struggling with her sleep, she decided to use an app on her phone to track her sleep patterns. But on the days she woke up feeling as if she’d had a great night’s sleep, the app told her she didn’t sleep well (one problem with trackers and apps is that they are not always accurate). This caused her to second-guess her body.

Fitness trackers remove the boundaries that used to exist between medical devices and consumer products. Information that was formerly confined to doctor’s offices - such as heart rate variability and sleep patterns - are now lifestyle products. The benefit of these blurred lines is that we have more information at hand about our own health; the drawback is that we’re left to our own devices to interpret and analyze the information we collect.

Leela Magavi, a psychiatrist and regional medical director for Mindpath Health, said that although trackers can be useful tools that help people create routines and build positive habits, they are not tested or regulated as devices that make accurate clinical diagnoses, and as Rumsey discovered, they may even have inaccurate results.

“Trackers do not know an individual’s life story and are unable to assess physical or mental wellness,” said Magavi, who lives in Newport Beach, Calif. She warned that they can generalize recommendations that could lead to overexertion for an individual, resulting in injuries.

“Some of my patients who suffer from anxiety disorders experience distress when they view their heart rate and breathing patterns,” Magavi said. She advises patients who struggle with obsessive compulsive disorder or disordered eating to avoid purchasing trackers.

What to do instead of tracking

If your tracker has led you to an unhealthy place, Gaudreau and Rumsey say it’s time to learn how to check in with your body and monitor your activity without one. Rumsey recommends taking a moment in the morning, the afternoon, and the evening to stop and think, “How do I feel?”

“If this is something that is new to you, you’re probably going to say, ‘I have no idea what I feel right now,’” Rumsey said. In that case, keep taking notice and think about if you feel energetic or tired. Are you sore? Stiff? Relate those feelings to the amount and type of movement you’ve done that day or that week.

You can also check in with yourself if you decide to go for a run or take a walk without a tracker telling you how far you’ve gone or how many calories you’ve burned. Instead, tune into your body while you exercise. How do your legs feel? Do you have a time when you want to speed up? Do you have a time where you want to slow down? Follow these instincts and see how you feel.

In the case of the client who was too discouraged to walk at all, Gaudreau suggested the woman put the tracker away and moved from an all-or-nothing approach to a “good-better-best” model. The client decided “good” was walking 20 minutes, “better” 40 minutes and “best” 60 minutes.

“It broke her out of the ‘all or nothing’ mind-set, because she realized her base level is a 20-minute walk,” Gaudreau said, which for her was a reasonable daily goal. Even if she did the minimum and walked for 20 minutes, she still felt accomplished. Eventually, the woman put her Fitbit back on her wrist, once she’d learned how to avoid letting it influence her feelings of self-worth.

Rumsey said that because trackers enforce the idea that exercise has to be a certain way - a certain length of time or intensity - she encourages her clients to focus on simply moving.

“Any kind of movement can count, like putting on music and dancing around your living room,” Rumsey said. “There’s so many different ways of moving our bodies.”