Meals from a box hold a helping of nostalgia, too 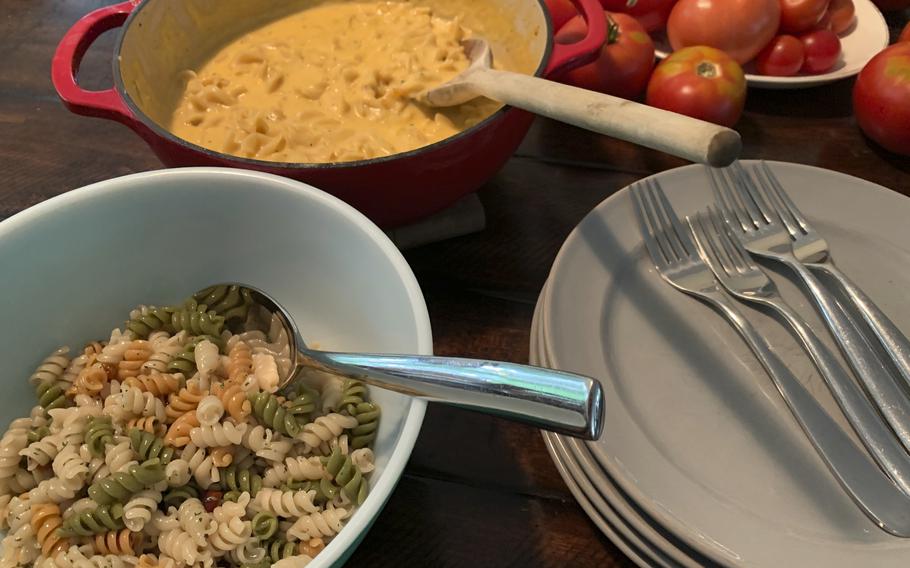 A dinner of Betty Crocker’s Suddenly Salad, left, and Tuna helper appear on Aug. 15, 2020. Boxed convenience foods aren’t just dinner. For many people born in the latter half of the 20th century, they’re also a source of nostalgia. (Tracee M. Herbaugh/AP)

My children had no idea a salad could come in a cardboard box on a grocery store shelf until I took them to buy Suddenly Salad.

The Betty Crocker meal had been a staple at my Grandma’s house, where I was raised. And the trio of noodles, dried red peppers and flavorful seasoning packet brought me back there as instantly as the Suddenly Salad was made.

I hadn’t consumed boxed convenience foods since I was a child, but grief over my grandmother’s death before the pandemic caused me to make the special trip to the store.

Food and grief have been inextricably tied for millennia. We take food to families who have lost a loved one. We serve food at lunches after funerals. We “eat our feelings.” During the coronavirus lockdown, with time on my hands after a job layoff, I found myself obsessing about things over which I have no control. At night, I lay awake ruminating about how much I hated that Grandma was dead.

Suddenly Salad and its ilk, I thought, might assuage the pain by conjuring feelings of closeness to Grandma. It might help maintain her connection to my children. 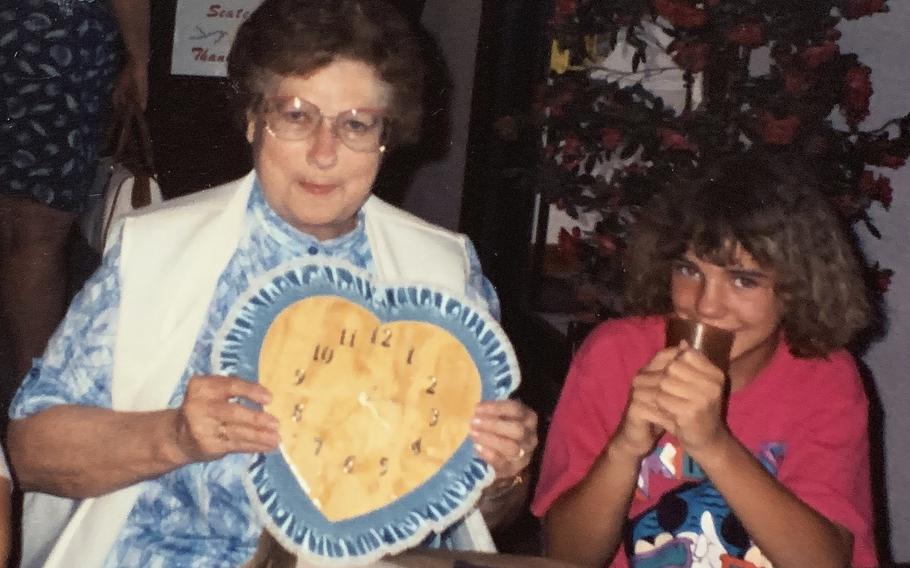 Boxed foods aren't especially cool anymore, but they do have a market. For women of my grandmother's generation, they were a time-saving miracle. And for anyone who grew up in the latter half of the 20th century, they can evoke memories and nostalgia.

FROM FARM TO TOWN

Grandma didn’t cook from scratch much, despite coming of age during the Great Depression on a homestead in the southeastern corner of Colorado.

Her family had a huge vegetable garden and, as a child, she prepared everything from the very basics. Nothing was wasted. If butter was needed, it was churned. Cows for milking. If poultry was on the dinner menu, Grandma would break the neck of an unlucky chicken, then scald it in boiling water to release its feathers.

But sometime in the 1960s, Grandma abandoned those old school methods, opting instead for ready-to-eat meals from a box. Dinner, cakes, sides. The shift coincided with her taking a job outside the home.

For 25 years, she worked a physically demanding job as a grocery store cashier. After standing on the cold-tiled floor for eight-hour stretches, the last thing she wanted to do was stand in the kitchen and cook.

In this, Grandma mirrored the women’s movement of the time.

A MOVE TOWARD CONVENIENCE

“After the war, women were moving out of the countryside and into town,” says Jenny Barker-Devine, a professor of American agricultural and rural women’s history at Illinois College. “They lived through the Depression, through the war, there was a lot of deprivation, and they didn’t want to cook anymore.”

Betty Crocker (founded 100 years ago and now owned by General Mills) was no home chef but an invented marketing scheme, notes Leah Lizarondo, entrepreneur in residence at Carnegie Mellon University.

Boxed meals are relatively cheap, last a long time on shelves and taste good enough, she says. “At that point between the ’50s and the ’70s, women started working more and convenience was important. That primary role of homemaker didn’t decrease for women.”

When I was growing up in the ‘80s and ’90s, boxed foods were on the menu daily. Ground beef with cheesy noodles, broccoli cheese soup from a packet, and mashed potatoes were regulars in our cupboards. We paid no mind to sodium levels or if these “convenience foods” contained preservatives.

After I left Grandma’s nest and went to college in Boulder, Colorado, I experienced my own shift in eating behaviors.

I started shopping at farmers’ markets and buying organic. I gave up meat most of the time and never drank soda. I became interested in the old-timey methods of cooking, and had Grandma show me how to can fresh tomato sauce.

As an opinionated young person, I thought Grandma’s reliance on boxed foods was silly, even tacky. Why would she resort to a box when her culinary skills were unrivaled?

But her decision to shun elaborate cooking allowed her to have a job and tend to things she saw as more important, like raising her granddaughter. Now, instead of questioning her actions, I looked inward. If I enjoyed the experience of eating a Suddenly Salad or any other box of food, who’s to care?

A TRIP TO THE GROCERY STORE

After Grandma died, I wasn’t sure if Suddenly Salad and other boxed foods from my childhood were still popular. They are.

Hamburger Helper has enough pop-culture cachet that the New York Times cooking app offers a homemade version of it, with caramelized onion and white wine. 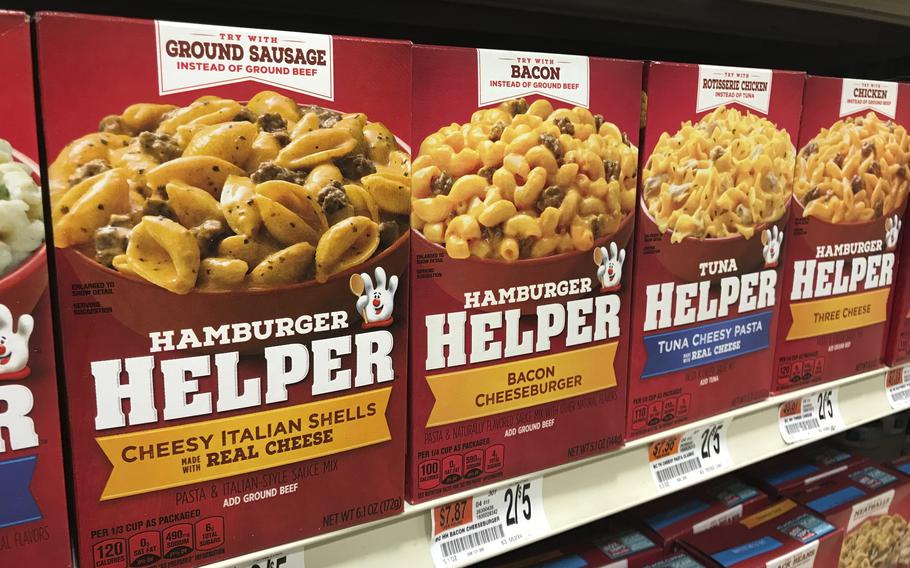 A variety of General Mills Hamburger Helper and Tuna Helper appear on a shelf at a grocery story in Waterbury, Vt. on Dec. 7, 2021. Boxed foods became popular in the 1970s as more women entered the work force. They are relatively cheap, last a long time on shelves. (Carolyn Lessard/AP) 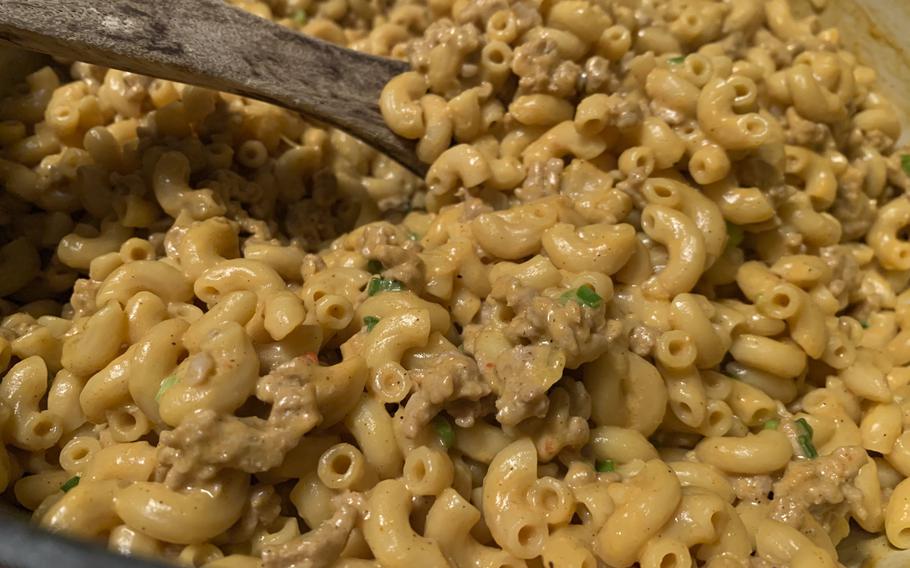 A homemade “Hamburger Helper” dish, made with caramelized onions and white wine, appears on Oct. 29, 2021. The recipe is available on the New York Times cooking app. (Tracee M. Herbaugh/AP)

I returned home from the store not only with Suddenly Salad but also with boxes of Tuna Helper and a Confetti Betty Crocker cake. My husband watched in disbelief as I unpacked the bag. He never expected his organic-evangelist wife to bring home a spread quite like this.

The novelty of these foods was not lost on my kids. My 10-year-old son, a pickier eater than his 5-year-old sister, loved all of it. But about 20 minutes after lunch, he complained of a stomachache. I, meanwhile, couldn’t drink enough water after all the salt I’d consumed.

Even though I wouldn’t go back to eating these boxed foods regularly, revisiting them did fill me with joy. More than anything, I remembered my childhood with Grandma, loving and sharing that instant pasta salad from a box.

“The foods of our childhood are the most powerful, they have a big pull on us,” says Laura Shapiro, a food historian and author of “Something from the Oven: Reinventing Dinner in 1950s America."

“Memory and nostalgia and love are far more important than sweet, salt, umami and whatever else.”

And I'll happily do another boxed foods meal with my kids, in memory of my Grandma and her cooking.

“As you move through this life and this world you change things slightly, you leave marks behind, however small,” the late Anthony Bourdain put it wisely. “Most of the time, those marks — on your body or on your heart — are beautiful.”