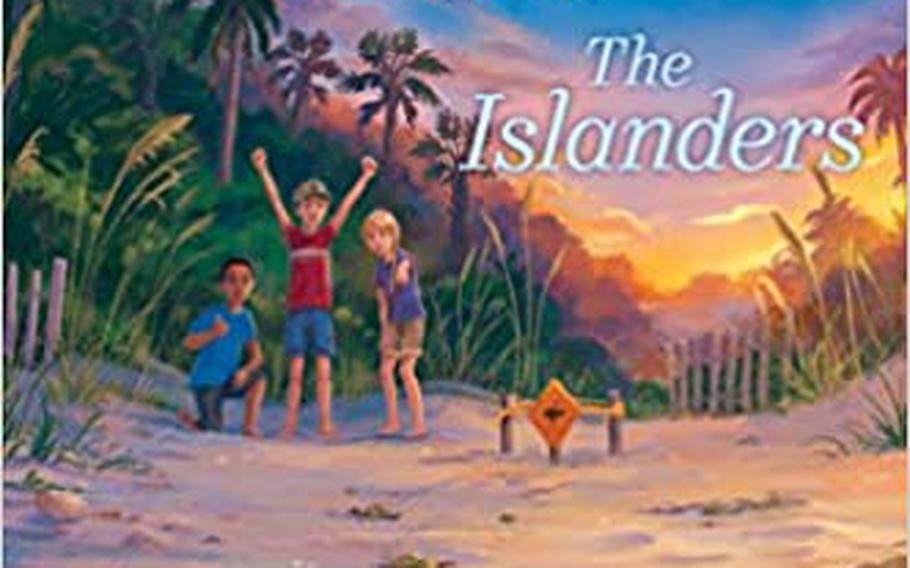 Heard about the best-selling book about the adventures of an eleven-year-old named Potter? No, not that one—the one about the military kid. All the magic in this new book, “The Islanders,” by Mary Alice Monroe and Angela May, emanates from the bonds of family and friendship, and all the spells are cast by the natural beauty and wildlife of a Carolina barrier island.

Jake Potter is the son of dual-service parents — an Air Force C-17 pilot and an Army officer — stationed in New Jersey. When Jake’s soldier father is seriously injured in Afghanistan and is hospitalized stateside, Jake’s mom goes with him. With both his parents away, Jake has to spend the summer with his eccentric grandmother, known to everyone as Honey.

Honey lives on DeWees Island, S.C. Soon Jake discovers that like Honey, her isolated island home has a few quirks—some more challenging than charming. Jake meets a couple of local kids, Lovie and Macon, and begins to find the brighter side of island life. Honey gives Jake the nature journal his father kept when he was an eleven-year-old, offering Jake a peek into his father’s childhood and a way to see the island through his dad’s eyes. Jake, Lovie and Macon help Honey with sea turtle rescues and of course manage to get into a little trouble. Along the way they learn more about themselves and each other.

The authors wisely avoid having the story turn too much on Jake’s military connection, creating a well-rounded narrative that rings true for all young readers. Though deeply affected by military life, Jake’s character has other dimensions, and his connection to his parents is not based on their careers. The story also emphasizes the bond of friendship Jake shares with Lovie and Macon rather than what sets him apart. Each friend faces challenges unique to his or her life, and Jake’s trials are not portrayed as greater or less than his friends, only different.

The pleasure of reading a book with such a well-rounded military character as the protagonist outweighs the occasional misstep, as when Jake’s mom says, “You’re in charge now, Private,” before leaving him with his grandmother. Modern military families are learning not to place adult expectations on their children during times of crisis, and few would expect them to bear military rank. However, the rest of the story clearly shows Jake has the support he needs to meet his challenges.

Against a backdrop of nature and conservation, The Islanders addresses themes of friendship, caring for family, facing fear, taking responsibility, and more. The story also touches on topics related to military life: moving, missing friends, family separation, injury, and recovery. All wrapped up in a gentle, encouraging story that middle schoolers can understand and process.

The Islanders is already a best-seller, so perhaps readers can hope this is only the first in a series of books showcasing the life and adventures of a military kid. With a little island magic, Jake and his friends could fly even higher than that other Potter kid.

Terri Barnes is a book editor and the author of “Spouse Calls: Messages from a Military Life,” based on her long-running column in Stars and Stripes. Her three military kids are now adults, but she still reads children’s books for fun. Contact her online at terribarnesauthor.com.