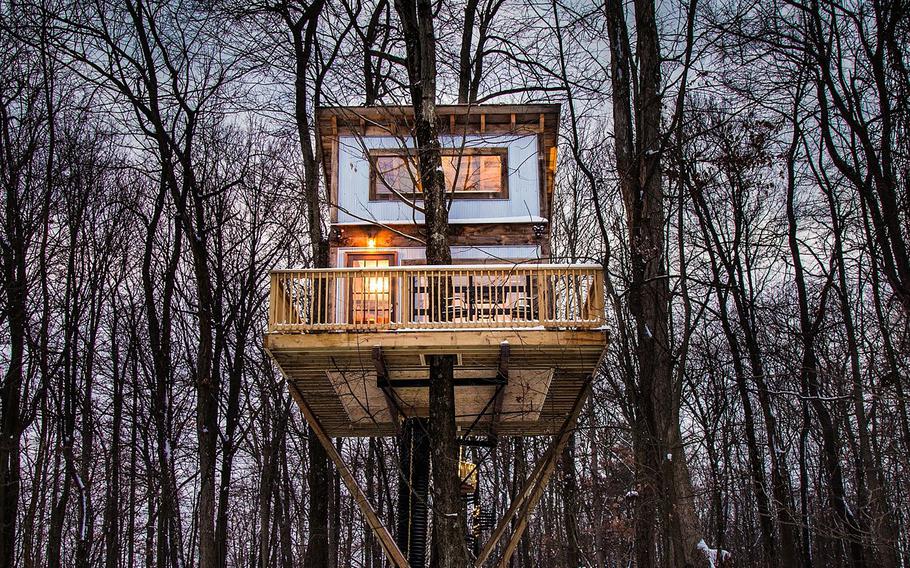 Anthropologists believe our ancient human ancestors spent their time in trees, so it should be no surprise we love treehouses today.

Treehouses of all kinds are experiencing a renaissance. 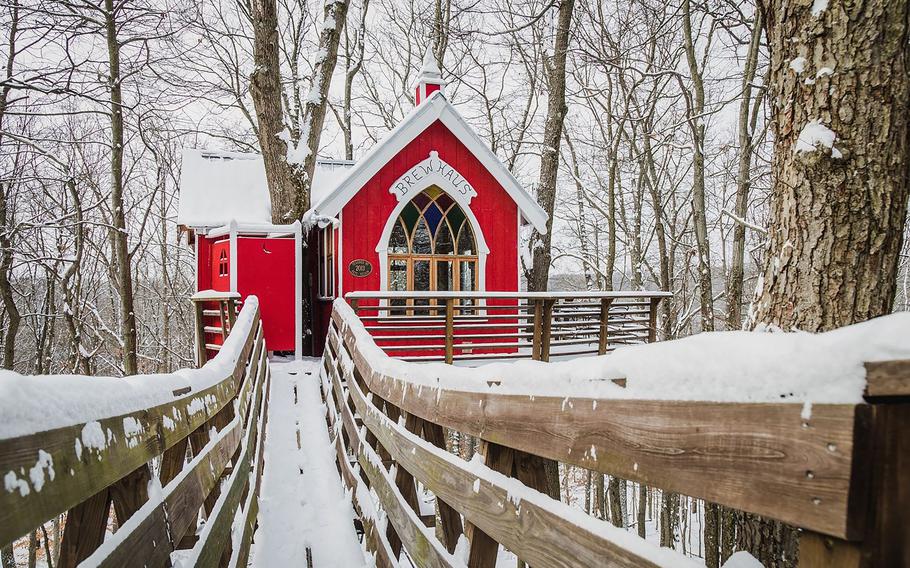 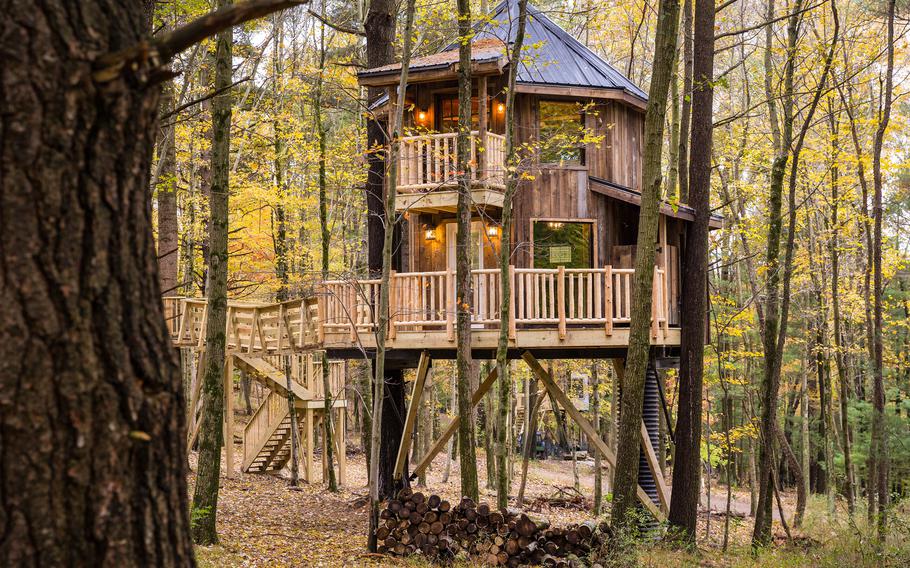 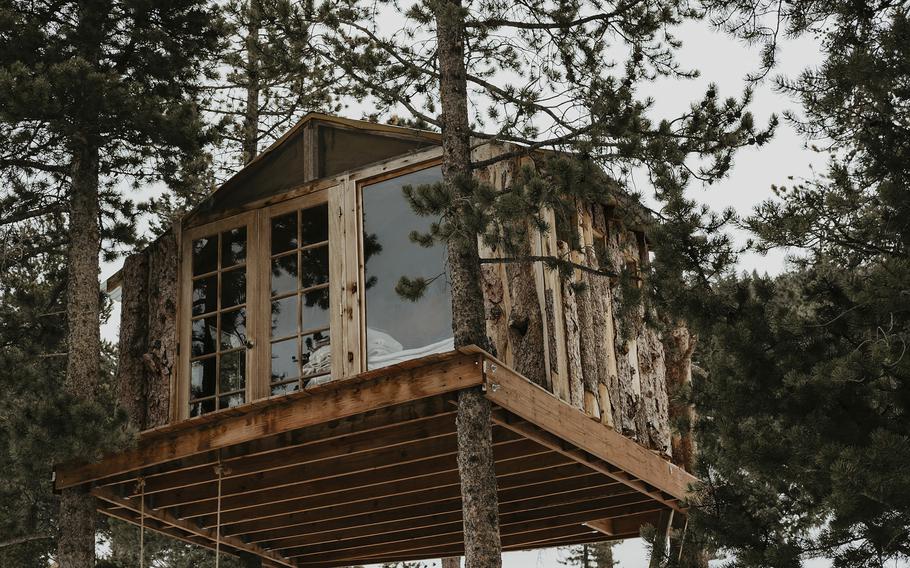 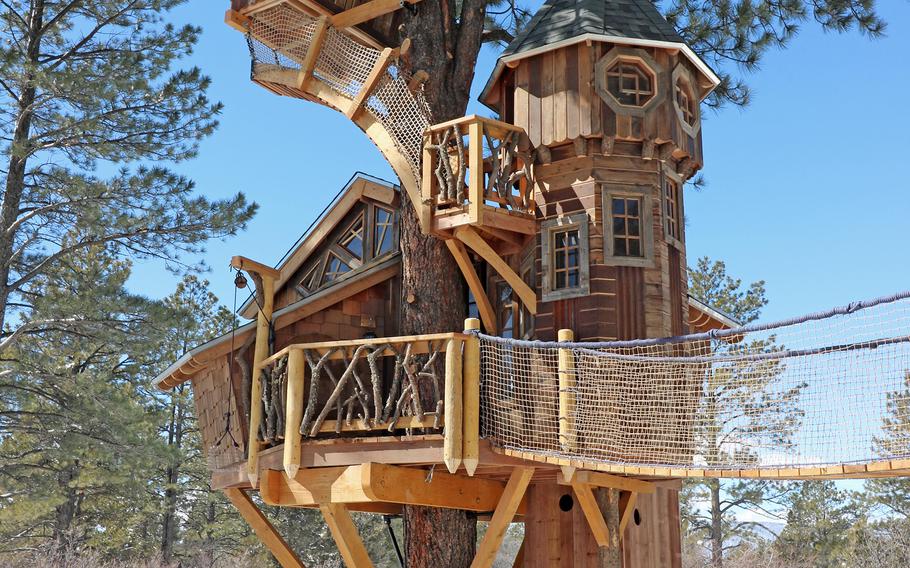 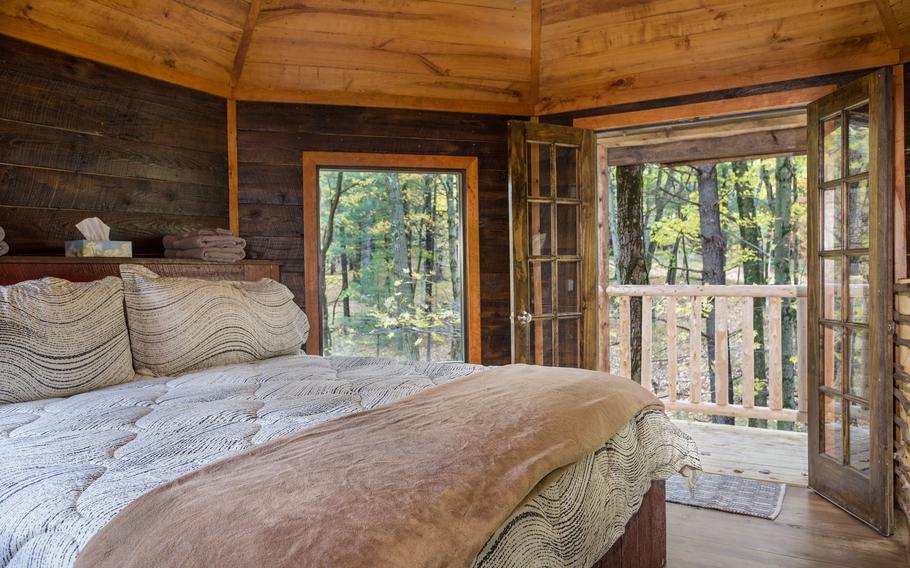 When an acre-size slice of land in Gold Hill, Colo., came on the market earlier this year, local resident Jessica Brookhart, 41, snapped it up for $80,000.

The draw for her: The house was a treehouse.

It was a place she could hang out with her husband and two young boys.

“I had never been inside it, but had admired it from a distance,” she said, admitting it was an emotional purchase.

The man who owned the land had built the treehouse with materials from a recycling center in neighboring Boulder. The structure can fit two adults and two children. There’s no bathroom or running water, and a squat potty is outside down on the ground. There’s a camping stove for cooking, and water has to be brought up. From the windows, you can see Longs Peak and the Continental Divide.

“Since I was a little girl, I was obsessed with little mini-houses, or sheds and treehouses,” Brookhart said.

She sometimes rents the treehouse out online, and to her surprise, lots of people want to use it.

“For me, it’s this magical place,” she said. “I have to block off a bunch of weekends just so we can spend time there too.”

Treehouses have proliferated during the pandemic. There are stylish backyard ones built by professionals and makeshift ones thrown up just to escape the four walls of home. There are listings on sites like Airbnb for treehouses to camp in.

Unlike the rickety treehouses of yore, many of these new ones have been upgraded. Most are still accessed with a ladder, however, requiring you to climb.

As pandemic lockdowns droned on, Nanci and Ethan Butler of Newton, Mass., decided to build a backyard treehouse for their two kids. Ethan, an engineer, found treehouse floor plans online and modified them to accommodate their family.

Building the house was a family affair, and in about three months, the Butlers had a beautiful hideaway with built-in bunk beds and a front deck. They enjoyed some nights camping out in it.

Then, on a serene day about three weeks after it was finished, a big oak in the yard broke in two. Part of it fell directly onto the treehouse, crushing it. Carpenter ants had brought the tree down. 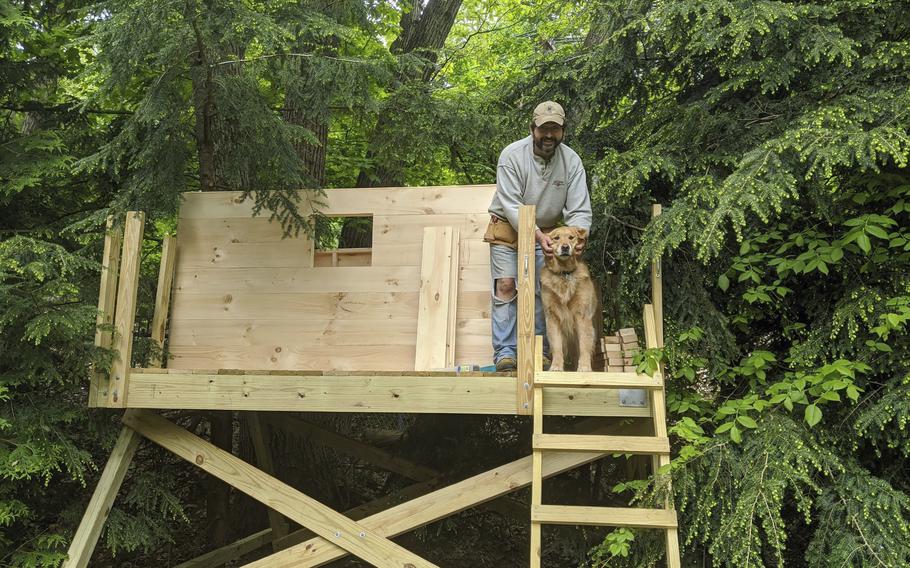 This photo taken by Nanci Butler in 2020 shows her husband, Ethan, in the backyard treehouse they built during the Covid-19 pandemic lockdown. About three months after it was built, an oak tree fell on top of the treehouse and demolished it. (Nanci Butler/AP)

“It was traumatic, I was stunned,” Nanci, 45, said. “But we were also so saturated with despair at that point. Nobody cried.”

More people have been drawn outdoors and into nature during COVID-19, and treehouses are part of that pattern, said Jeff Galak, associate professor of marketing at Carnegie Mellon University’s Tepper School of Business.

“They are an attempt to do something fun and interesting and away from other people,” Galak said.

Part of treehouses’ popularity, he said, is parents’ desire to create more backyard amenities so kids will go outside.

Nostalgia is another part of it.

“Nostalgia is a huge driver for consumers in general,” he said. “People are being creative with how they engage with that type of nostalgia.”

Business is booming for Aaron Smith, who owns the Fort Collins, Colo.-based treehouse architecture firm Treecraft Design-Build. He started it in 2015, and now employs a second designer and eight carpenters.

“In COVID times, I saw a spike in requests for backyard treehouses just because everyone was at home and the kids needed to get out of the house too,” Smith said.

His treehouses have ranged from a basic backyard structure costing around $10,000 to a livable treehouse with indoor plumbing for half a million. He has clients all over the country.

On social media, a variety of treehouse hashtags on TikTok pulls up millions of results. On Pinterest, searches for “treehouse homes” are up sevenfold from the year prior. And treehouse rentals have their own section on Airbnb.

For many people, basic is OK for treehouses. Jim Brook, a 71-year-old grandfather in Breckenridge, Colo., built his three grandsons a small platform treehouse nestled among some aspen trees a few years ago.

“I love to introduce them to nature and encourage them to play outdoors, so a simple structure with a metal pole ‘fireman’ exit seemed like it would be fun,” Brook said. “At times we have also set a small tarp overhead and a carpet remnant on the plywood platform.”

Others like their treehouses with a bit of luxury. The Mohicans Treehouse Resort in Glenmont, Ohio, is packed with amenities for those who want to enjoy the outdoors with the comforts of modern living.

The nine treehouses (and two under construction) at Mohican are indeed built with supporting trees, but they have the feel of a fancy hotel: black walnut or cherry wood floors, 100-year-old barn siding, nice linens and throw pillows, indoor plumbing, air conditioning and heat.

One of the treehouses on the property, Little Red, was featured on the Animal Planet series “Treehouse Masters.” Another one, White Oak, has a ground-level entrance, making it wheelchair-accessible.

“The goal was to have them available all year round, with all amenities,” said Laura Mooney, who owns the resort with her husband, Kevin. “We didn’t want guests to have to go to a shower house. They could stay in the treehouse and everything is there.”