Good news: The weddings are back on! Bad news: You have to go to all of them 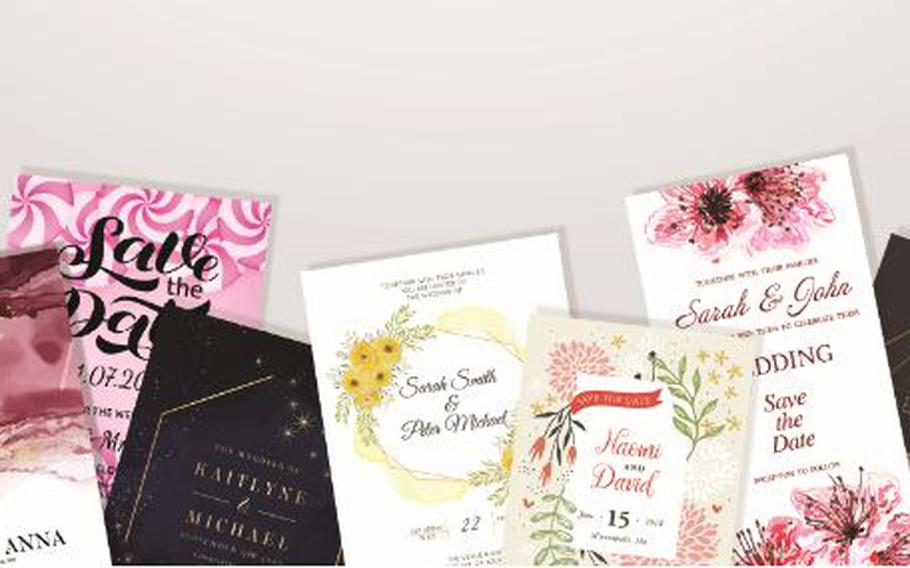 By the first of July, Matt Tresslar had already been to three bachelor-party weekends and three weddings this summer, and to ask him about it is like interviewing a sweaty, winded NBA player at halftime as he heads for the locker room. He’s 29, lives in Louisville, and has just a few free weekends to catch his breath before going to seven more weddings between late July and October.

After the last bachelor party, “I texted my friends and I was like, ‘After last year, where I was desperate for social events, I said I would never complain about being too social,’” he says. “But I was getting close.”

Tresslar hasn’t seen the front of his fridge for months. It’s papered over in save-the-dates and wedding invitations, as well as change-the dates — a uniquely pandemic-era artifact, born of necessity after nearly a year’s worth of weddings were postponed from 2020 to 2021. Three of Tresslar’s 10 invites (yes, 10) are to weddings he was supposed to have attended a year ago.

As guests everywhere stare down a summer that’s jam-packed with, essentially, two years’ worth of weddings in one summer, on one hand, they feel grateful. Grateful to be traveling again, seeing friends, dancing, drinking with others instead of drinking alone; grateful to be out of the house at all. On the other hand, they also describe a creeping sense of wedding fatigue — they feel physically exhausted, mentally taxed and financially strained.

For Tresslar, it’s a summer marathon of trying to stay peppy and personable. During the week, he works as an outside salesman for a building-materials distribution company — a high-energy job in its own right, and on weeks when he’s working between weddings, he can’t just call in and say he’s recovering from having raged too hard. Plus, “I don’t have enough vacation days to take a day off before all of them,” Tresslar says. So he’s been working on Fridays, driving on Friday nights to places like Indianapolis, Cincinnati and Bloomington, Ind. (where he and a number of his friends went to college) to arrive in time for wedding festivities on Saturday.

Tresslar describes himself as a “pretty energetic” guy, “and I feel like that’s why I get invited to a lot of these weddings,” he says. “I tell my friends, ‘I’m like a jack-in-the-box. Everyone just winds me up and they expect me to explode.’ But it’s getting tough,” he says.

With the physical exhaustion of traveling, showing up and sustaining the celebratory gusto comes an array of constant mental reminders: Whose wedding is it this weekend? Who will be there? Which suit should he wear? “I’m trying to rotate them and make sure, you know, my people won’t have all seen me in the same one,” he says with a laugh.

Cody Clark, a 28-year-old who lives in Chicago, also has 10 weddings on his calendar for 2021, half of which were rescheduled from last year. For Clark, a management consultant who’s been working from home during the pandemic, the seemingly endless cycle of getting his dress clothes laundered before he packs them into a suitcase once again reminds him of being on the road for work. “It’s not fun or ideal,” he says, but at least he’s used to it.

Clark and his girlfriend, both from Minnesota, sometimes get wistful about the cabin weekends and family visits they’re missing out on. “It kind of feels like your whole summer is spoken for,” he said. (Clark spoke to The Post early on a Friday morning, still groggy from a delayed late-night flight. He’d flown home to Minnesota for — what else? — a friend’s Friday-evening nuptials.)

For some, of course, the mental burden of frequent wedding attendance comes after the event. Though the pandemic has slowed in some parts of the country, a wedding could still turn into a superspreader event — and Regina Santos, who attended her first of eight 2021 weddings in June, spent the next few days wondering if her headache was from exhaustion or COVID-19. Santos, a 29-year-old from Philadelphia, has been vaccinated since April, but “I still have the fear of ‘OK, if I take off my mask and I don’t know who’s vaccinated in this group ...’” she says. “The fear is still there, to be honest.”

For many, the hardest part has been the expenses. Santos, the founder of a beauty-tech company, is limiting herself to four new dresses that she’ll wear twice each. Clark, who will travel to San Diego, South Dakota and Wisconsin for weddings this year, says he and his girlfriend “are just racking up credit-card debt to just book all these flights and hotels in advance so we can get the best price.” Clark donated several items from his professional wardrobe to charity last year while he worked from home; after gaining what he calls the “quarantine 15, or 20,” he also had to restock his nicer clothes when the invitations began rolling in.

Tresslar, meanwhile, has stopped looking at his credit card statements. He’s thankful his job affords him free gas for his car. But that didn’t help much when, as best man for a wedding later this summer, he had to foot the bill for an entire bachelor party and wait for the other groomsmen to pay him back.

Rachel Star is 28, and by the end of October she will have attended eight weddings, none of which are near her home in San Francisco. A venture-capital investor and a former consultant, Star is grateful that her years of traveling have resulted in enough airline points to get her to weddings on both coasts and in the Midwest. But as for wardrobe, she says, she’ll be relying on clothing-rental services, picking up dresses to wear on Fridays and returning them the following Monday. “Rent the Runway is the only thing getting me through this summer.”

(Yes, all the super-attenders in this story with mounting piles of invitations to their peers’ weddings are in their late 20s. Coincidence? Statistically speaking, probably not. Star, who comes from a big Jewish family with several cousins her age, says that years ago she was on the bar mitzvah circuit every weekend, and “in a couple years it’ll probably be baby showers.”)

Of course, guests aren’t the only ones feeling overwhelmed under the deluge of weddings this year; vendors, too — many of whom had to downsize their businesses during the pandemic — are finding their resources and personnel stretched thin. Zoë Gallina, creative director of the Tampa-based floral design company Botanica International, had to let go of some freelance workers during the pandemic, and lost much of her reliable seasonal help when local college kids went home to their families. Not only are postponed and normally scheduled weddings causing a traffic jam of demand, but newly engaged couples who have waited to plan their weddings are starting to call.

“We’re getting such an influx of new inquiries, we’ve started to have to raise our minimums because we’re trying to manage ourselves,” Gallina says. Botanica still isn’t back to 100 percent of its pre-2020 capability, “and we have to be more selective, because we don’t want to burn ourselves out.”

Over the next few months, moderation will be key for the overly scheduled wedding guest. Santos will be refraining from buying new dresses; Star will diligently wear flats to every occasion she can, protecting her feet from long-term distress. Tresslar has adopted a borderline-religious regimen of getting an exercise run in every day to keep his energy levels from flagging.

Still, for the unmarried among them, the 2021 wedding season has imparted its fair share of lessons. Tresslar, for one, says when he gets married, he’ll make sure to pick a location that’s convenient for the majority of his guests. Star, meanwhile, may just opt out of the vaunted tradition of a big, blown-out wedding day. Whenever it happens, she says, “I’m like, ‘Wouldn’t it be great if we just got some friends together in the backyard and called it a day?’ “