Some getting the connection they crave from the ‘Internet’s Dad’ 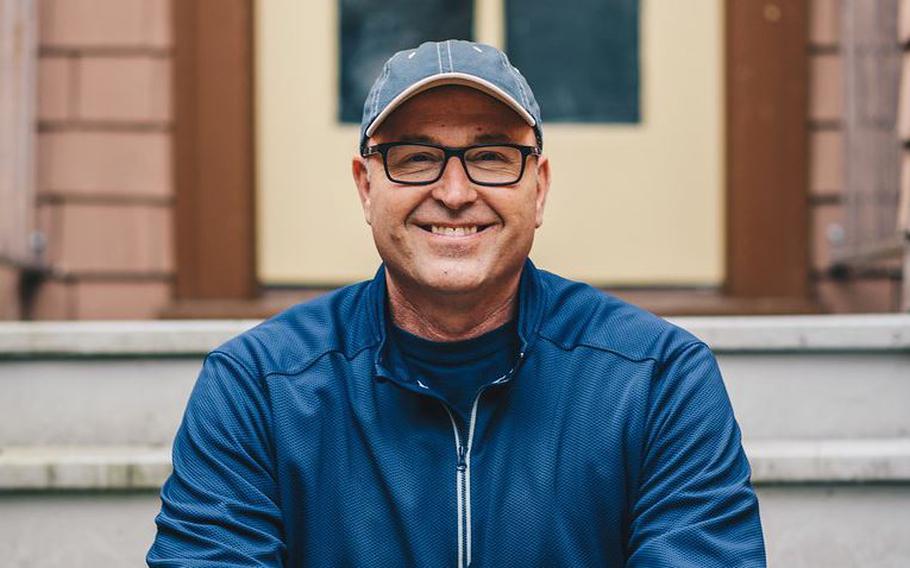 Rob Kenney has created comforting, viral DIY YouTube videos that have provided a connection that people have craved during the coronavirus pandemic. (Allison Fann)

Curled up in the fetal position on his bed in Seattle, Rob Kenney was crying out for God. His YouTube channel, "Dad, how do I?," went viral in May last year, thrusting the 57-year-old introvert into an overwhelming world of excitement and panic.

Kenney released his first video shortly after the coronavirus pandemic was declared. He wanted to provide practical advice ("How to fix most running toilets") and emotional support ("I am proud of you!"). But in a time defined by isolation and loneliness, his messages resonated with far more than the 30 or 40 subscribers he expected as the world craved connection. Less than two months after his first post, he surpassed 1 million subscribers.

"It was terrifying," Kenney says. "At first, I didn't look at it as a great thing." That's why he found himself praying for guidance amid a deluge of media requests, audience comments and corporate opportunities. While "Good Morning America" referred to him as the "Internet's Dad," followers flooded him with stories about their parents, broken relationships and traumatic experiences. "It breaks my heart," Kenney adds, "that so many people need my channel."

The seeds for his videos were planted in Kenney's tumultuous childhood. When his parents divorced, his dad gained custody and his mom was legally declared unfit to parent as she turned to alcohol while struggling with anxiety and depression. Soon after, Kenney's dad met another woman. On the weekend, he would stock up his kids with groceries and then leave them for the week as he drove an hour away. After a year, he gathered his children to deliver a devastating message: "I'm done raising kids."

Kenney, who is the seventh of eight siblings and was 14 years old at the time, moved in with his 23-year-old newlywed brother in a 280-square-foot trailer in Bellevue, Wash. His teenage experience was full of anger, sorrow and confusion as he vowed to never cause his own children such pain. That pledge broadened when he realized he wasn't the only kid without a dad around, so he doubled-down and decided he'd also help anyone else who needed a father figure.

As he got older, Kenney, whose day job is in sales, started a family with his wife, Annelli, that includes their 26-year-old son, Kyle, and 29-year-old daughter, Kristine Ponten. But once Kenney reached his early 50s, feeling like he had accomplished his goal of raising two good adults, the empty-nester was lost. He thought he had plenty more life to live, zeroing in on the second part of his vow: to help others. "I genuinely think he was put on Earth to be a dad," Ponten says.

Kenney's family supported the idea of his YouTube channel when he first mentioned it, but it didn't materialize until a few years later when the coronavirus pandemic forced his hand, as he had more free time. Ponten called him last March when information about the coronavirus was low and anxiety was high, noting she would enjoy watching a video of him changing a tire just to experience some normalcy in an otherwise scary, unpredictable world. On April 2, his first video appeared: "How to tie a tie."

Kenney's followers have also noted they've had more time during the pandemic to do the projects he touches on, and said they can't afford to pay someone else after the economic downturn, so they've needed to learn the skills themselves. Amid what Kenney calls a "perfect storm" of his backstory lending him authenticity and the pandemic heightening the need for such content, his channel now has nearly 3.5 million subscribers and more than 15 million views. "I don't think it would've gone viral in another circumstance," Ponten says. "It is definitely pandemic-specific regarding the beginnings of it."

In a sea full of "How To" videos, Kenney's rises to the top because of the underlying warmth and simplicity. While some creators try every trick to get viewers to subscribe to their channel, Kenney doesn't even mention it. He records on his Samsung Galaxy phone and uses the free version of a video-editing software. His daughter, meanwhile, helps handle his Facebook and Instagram pages, manages his P.O. box and helps plan different ideas for the videos.

To Kenney, perhaps the most notable differentiator is his holistic approach: He's less concerned about people possessing specific skills and more interested in teaching his audience how to learn. He aims to encourage, empower and instill confidence in his viewers. "There's so much more to being a dad or a mom than just fixing things," he says. "You have to share your heart with your kids."

As much as Kenney's channel is about teaching, he's also done a significant amount of learning in the past year. He previously avoided public speaking at all costs, so the relentless media requests and his face being plastered everywhere were initially unsettling. The night before he appeared on a live Chicago TV show, he didn't sleep because he was so concerned about it. He "was a wreck" by the time it started. Now he sometimes keeps notes nearby to steady himself and has done interviews with news outlets across the world.

Kenney was also unprepared to navigate the vulnerability that comes with viral fame. Whether it was an occasional negative comment or hearing about people's pain that comes from abuse or results in suicidal thoughts, "It's a little hard for one man" to handle, he says.

Over the past year, Kenney has leaned on his faith to prevent himself from feeling too overwhelmed. His early-morning habit of reading the Bible provides him with calmness and clarity, as he also tries to focus on being kind to himself and staying off his phone when he initially wakes up. He and his daughter went to therapy, too, after the channel took off, taking advantage of mental health resources that Kenney wishes his mother had access to.

Despite the uneven journey, Kenney has come to cherish the experiences and opportunities of the past year. His book, "Dad, How Do I?," was released May 18, and he's talked to networks about a potential TV show. He also does events, like a recent Father's Day one when the Habit Burger Grill flew him to Los Angeles for a picnic with a Boys & Girls Club. "This whole year has been surreal," Kenney says. "The opportunities I'm getting at the age I'm at when I didn't see this coming, it's been such a blessing."

Just like his life during the past year, Father's Day has undergone a big evolution for Kenney. For decades, he didn't look forward to it because he was disinterested in honoring his dad. But then he had kids of his own, and he later forgave his parents. Last Father's Day, his followers mailed him scores of cards (some handmade, many heartfelt). The fact that strangers are celebrating him at all reflects a man who finally found time to share his story - and a world that was desperate to hear it.