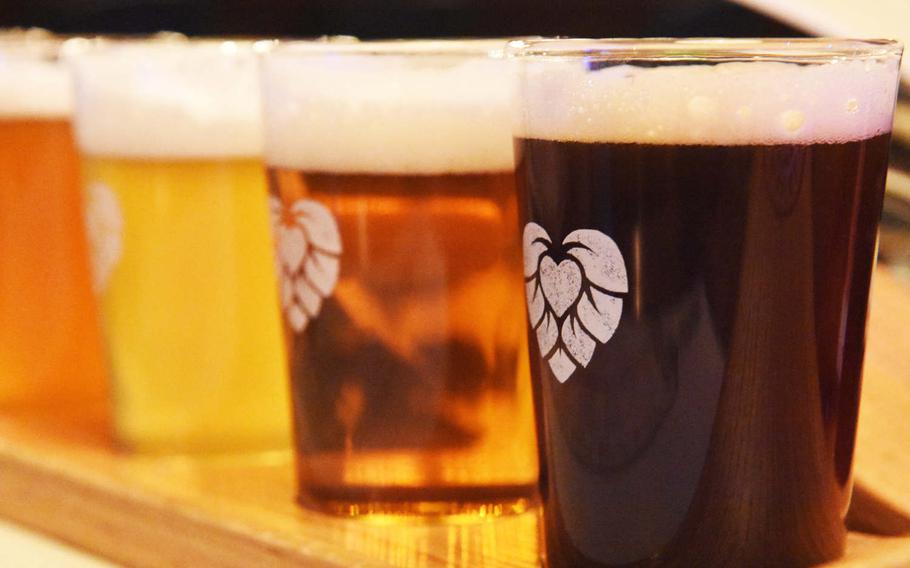 Buy Photo
A beer sampler at Liebesbier in Bayreuth, Germany. The restaurant offers a wide selection of beer, with its own brewery in full view of the public. (Martin Egnash/Stars and Stripes) 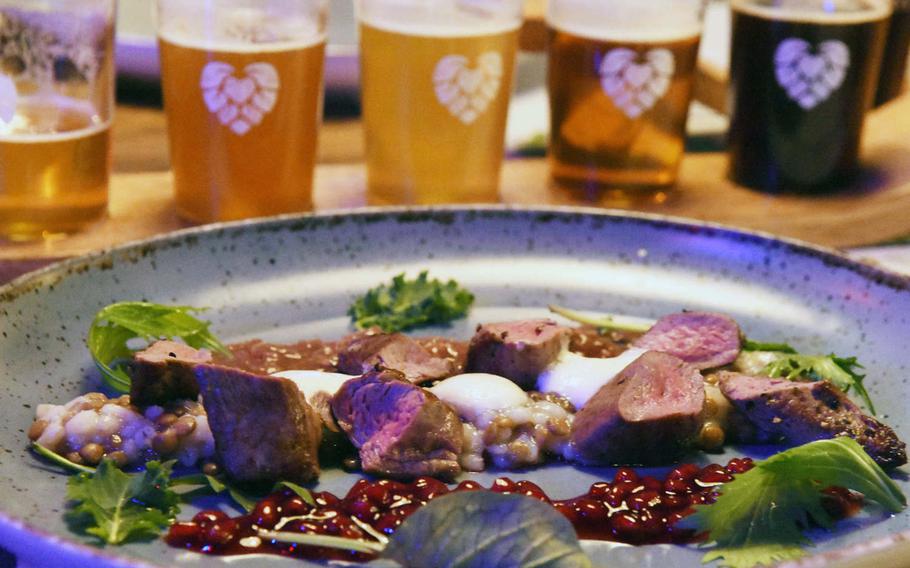 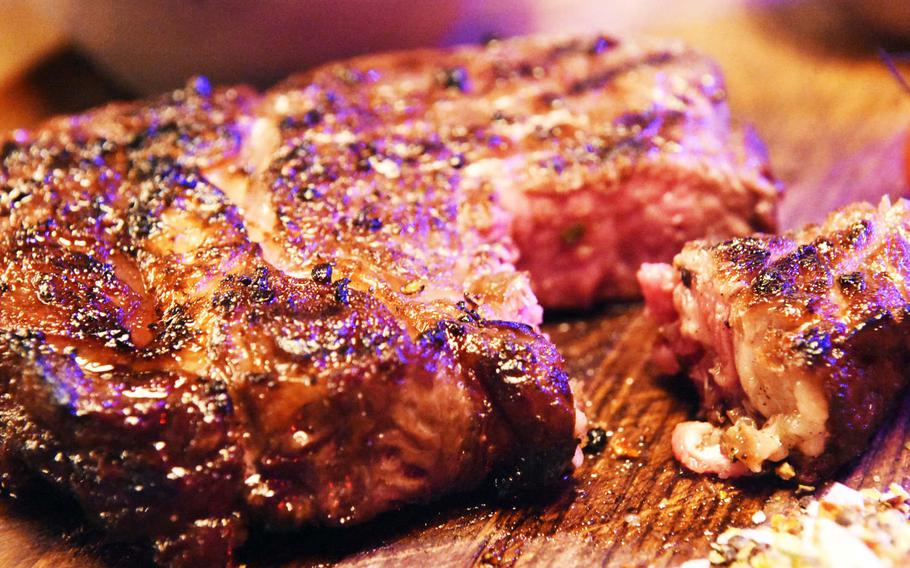 Buy Photo
The dry-aged steak at Liebesbier is a delicious highlight to any night. It would be a crime to put steak sauce on this already fantastically tasty work of meat craft. (Martin Egnash/Stars and Stripes)

Are you getting sick of all the beer and comfort food in Germany? Me neither. But sometimes you just crave the kind of variety you can get from an American craft brewery.

Liebesbier, which translates as “favorite beer,” is a craft brewery and restaurant 35 minutes from the Grafenwoehr Training Area that offers more than 150 craft beers and upscale American-style comfort food at affordable prices.

Liebesbier seems to be the hippest spot in northern Bavaria. The restaurant is dimly lit, with low-hanging lightbulbs and a fire raging in the center. The music is normally low-key lounge, but DJs come in on the weekends to play house and dubstep. The spot is equally suitable for a romantic date or a night out with the boys.

The impressive selection of beer ranges from traditional German-style pilsners and Hefeweizen, to chili-infused chocolate stouts and extra-hopped Indian pale ales. Liebesbier brews at least six of its own at any given time.

“Our head brewer’s mother is from the United States,” said Michael Waigel, Liebesbier’s head chef. “That’s why we have a blend of American and German styles of beer.”

The German-American combination is also reflected on Liebesbier’s menu. It includes large burgers that wouldn’t be out of place in an American steak house. The pulled pork, with a barbecue sauce straight out of Texas, is so tender that it could fall apart if you looked at it too hard. And yet everything has a touch of German influence.

“We only use regional products from around Bayreuth,” Waigel said. “We want all of our dishes to be perfect in every way, and it has to go well with beer.”

The menu’s star is the dry-aged steak, which is aged in a large glass container visible in the main seating area. The steaks are meticulously cooked to your specifications and packed with flavor. It would be a crime to use steak sauce on these; they’re served instead with a side of homemade sage butter and a mix of dry spices.

I was thoroughly impressed by Liebesbier. There’s nothing wrong with visiting the historic Brauhauses around Germany, but sometimes a touch of modern is welcome.