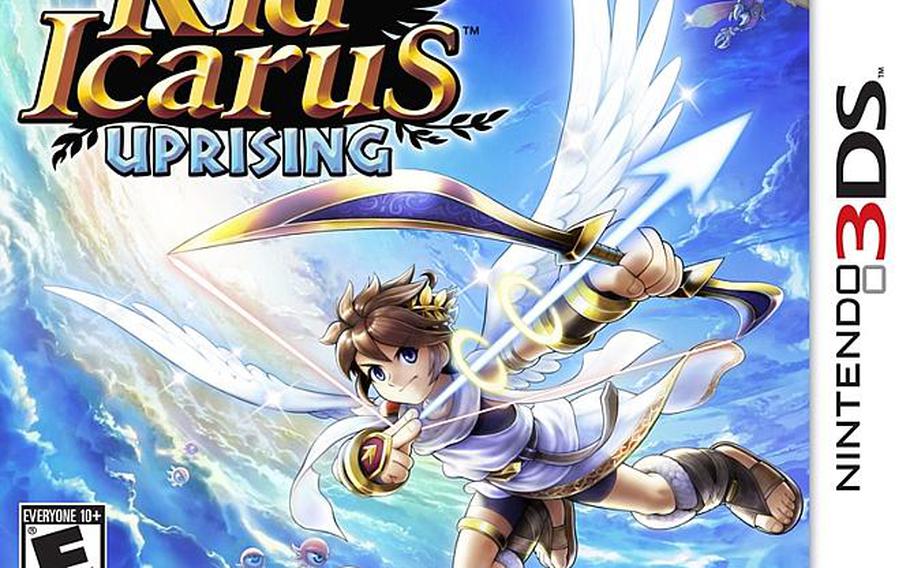 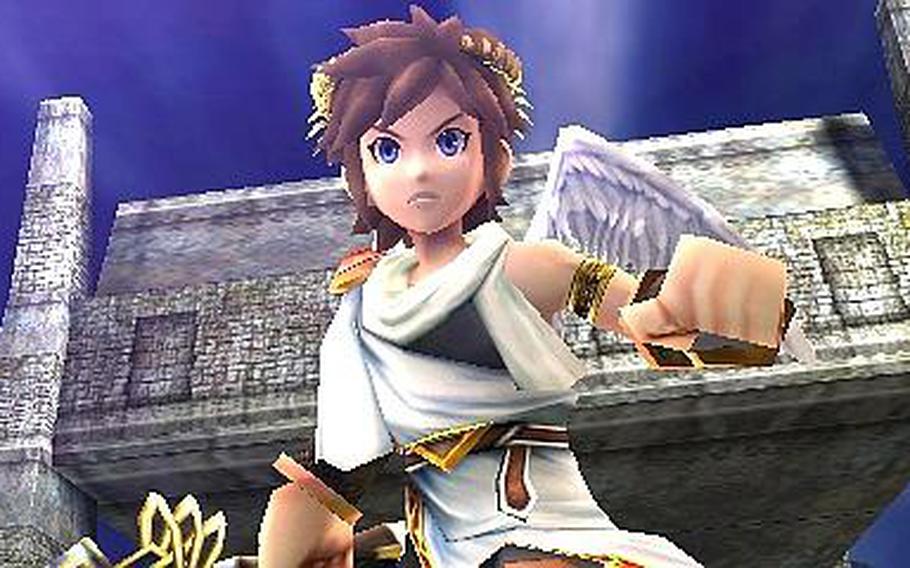 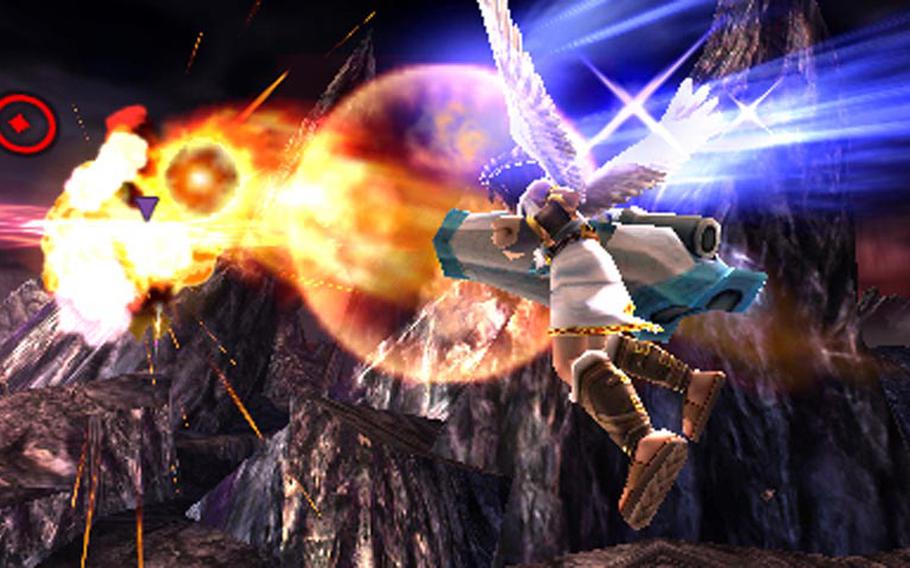 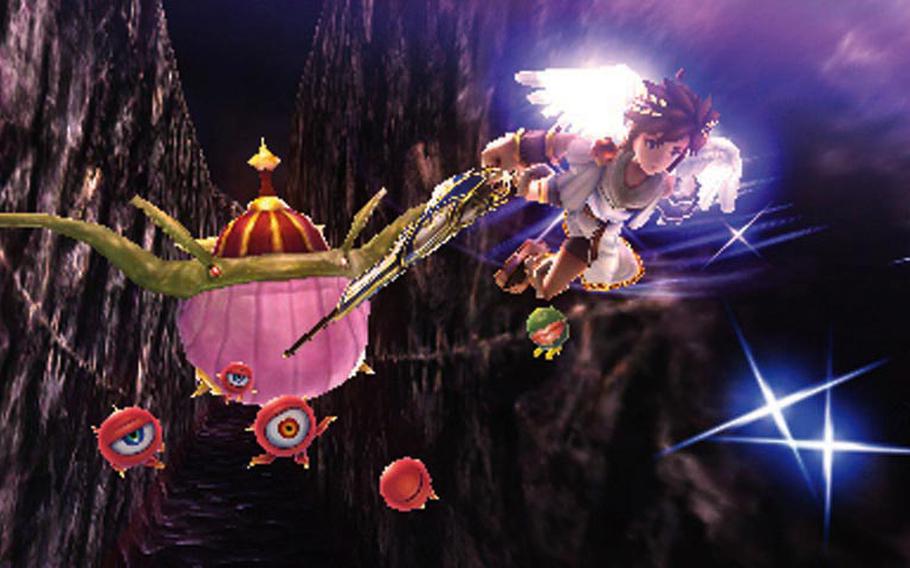 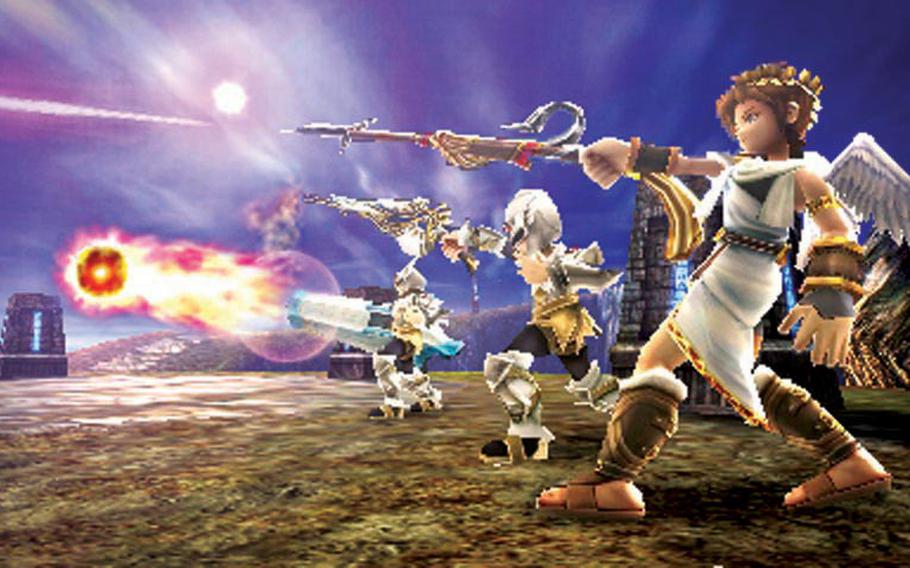 “Kid Icarus: Uprising” is a game that features satisfying, fast-paced shooting action, well-developed and colorful characters, a streamlined interface, decent online multiplayer and bevy of items to collect and weapons to create. In all, it’s one of the most polished third-person shooters for any system, and an especially notable achievement for the portable gaming scene.

“Kid Icarus: Uprising” was supposed to be the Nintendo 3DS counter argument to Sony’s Vita. A full-fledged, console-like game complete with loads of extra content, competitive online multiplayer and an addictive solo mode. Instead, it only enforces a perception that the 3DS is lacking in some fundamental areas — most notably a second thumb pad. I’ll explain why it’s unplayable in a moment. First, the good stuff.

“Kid Icarus,” created by the same gaming maestros that brought us the “Smash Bros.” franchise, is brimming with content and creativity. You’re in charge of Pit, a flightless angel tasked with saving the world from the endless hordes of Medusa. The developers lay heavy on the Greek mythology, drawing up all sorts of quirky baddies, gigantic bosses and Classical-style environments from the Pantheon era.

With the help of Goddess Palutena, Pit flies for as long as he can during the first half of each level, dodging and shooting his way to whatever stage has been set by the latest miniboss. After that, he’s on his own for some ground-based, free-roaming platforming. The air portions are very similar to any other shooter, but the ground portions take on a little more depth. Pit has to search for hidden treasures, utilize a few vehicles and even juggle an assortment of powers, such as instant healing, auto-aim and so on.

If you’ve played “Sin & Punishment 2: Star Successor” on Wii, you’ll know how this game handles. Pit is armed with both range and melee attacks, performed by the same button, and he has to dodge enemy fire while racking up kill combos. Double tapping a direction will do a quick dodge, and holding your fire for a moment will allow you to shoot charge shots. The enemies themselves usually don’t put up much of a fight, but one of the cooler twists in “Kid Icarus” is the ability to adjust the “difficulty cauldron.”

It’s all made worthwhile with hearts, a currency dropped by enemies and won after levels that unlocks the ridiculous amount of weapons, artifacts, songs and other extras packed into this title. When it comes to unlockables, there’s something here for everyone (again, this is from the same studio that brought you Smash Bros.). But the best of the best is the weapon customization options. Any two weapons can be crafted together to form a new weapon, and newly created weapons can in turn be combined with old stuff.

All this sounds pretty good, right? So where does everything fall apart? Sadly, it’s more fundamental than the contents of the game — it’s simply holding it. Under the default controls, your left hand must hold the system, your left thumb must move your character, and your left index finger must fire. Meanwhile, the right hand is used to control the stylus and aim Pit’s attacks. In other words, your left hand does three things, including holding the system, while your right hand applies pressure to the object your left hand is holding — a recipe for major ouch.

The folks at Nintendo did include a few backup plans. The first is a plastic stand for the system. Aside from immediately drawing comparisons to Nintendo’s ill-fated first 3-D system, the Virtual Boy, this dinky stand accomplishes nothing. Its two measly rubber supports don’t prevent the 3DS, which needs a fixed and steady angle to view games in 3-D, from sliding across most surfaces.

The second option is remapping the controls. The most successful setup I found was easier to hold, but harder to aim. What you’ll really want is Nintendo’s Circle Pad Pro, an expansion control system that tags on another circle pad to the right side. This, for some inexplicable reason, is not included with the game. It’s $20 extra.

When a game gets so many things right, it’s usually forgivable to get one or two things wrong. But try telling that to the fingers I couldn’t move after my first play session. Despite all its features, this Icarus has flown a little too close to the sun — asking too much of a system that just can’t provide enough hands to support it. Had it been on the (admittedly fading) Wii, where the control scheme has been proven time and time again, this game would be a must-own. As is, it simply hurts.