Kelly Murray ‘I wasn’t scared. I was angry’ 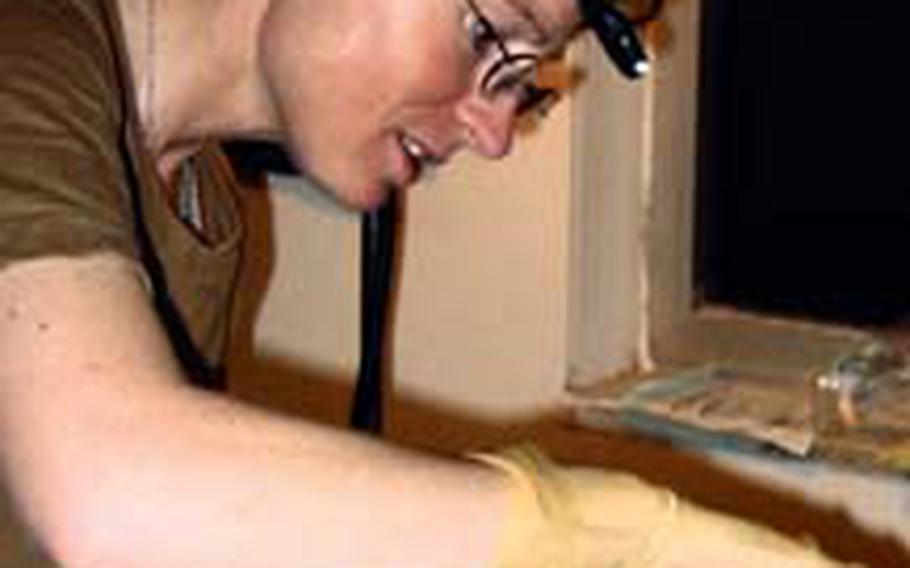 Dr. (Col.) Kelly Murray would rather talk about the Iraqis she helped while serving in Baghdad than the U.S. soldiers she tended to there.

She helped rebuild hospitals shortly after the initial invasion. She organized continuing education classes for physicians who hadn&#8217;t received training in years. She launched new obstetrics clinics to deal with the rising infant mortality in the city.

And she was decorated twice by Army superiors for risking her own life to save a fellow soldier&#8217;s, actions she dismisses as neither noble nor heroic.

"When my convoy was attacked, I wasn&#8217;t scared. I was angry," Murray said. "I couldn&#8217;t believe someone would do this when I was trying to help them. The more I thought about it, the more pissed off I got."

Murray, a regimental surgeon back in 2003, was attached to the 2nd Army Cavalry Regiment as they entered Sadr City that spring. Her unit saw few difficulties in the first few months.

However, by May, her unit was beginning to find improvised explosive devices outside their compound and to report more contact with insurgents. At the end of the month, two soldiers were killed and her unit&#8217;s operations officer was badly wounded in an explosion just outside their gates. She was one of the first on the scene and helped save the third man&#8217;s life.

"I was in the [tactical operations center] and heard an explosion," she said. "I ran to the clinic, got my aid bag and we ran to the gate.

Just days later, on July 1, Murray was still agitated by the incident as she traveled in a convoy in Baghdad&#8217;s Al-Mustansiriyah University area. As she scanned the crowds and buildings for possible threats, she warned the driver of her Humvee to stay vigilant.

Also traveling in that vehicle was the Iraqi medical director for the region. Insurgents began firing grenades and bullets into its burning shell, the next part of a carefully planned ambush against the Americans. Murray didn&#8217;t see any signs of survivors until her lieutenant lurched out from the fire.

Army officials said Murray risked her own life to help him, running into the fire and kill zone to safely bring him to her Humvee. She made several trips back to find the Iraqi physician, but found no sign of him in the burning vehicle.

She ordered the convoy out of the area as an angry Iraqi crowd began chanting anti-American slogans. Just days before, Murray said, she had been walking around the local marketplace without fear.

"When we first arrived, they felt pretty good about us," she said. "I was able to meet the people, talk to them, find out what their needs were. But then that changed."

As her team rushed the wounded soldier back to base for medical treatment, Murray said, she began to think about having to tell the Iraqi physician&#8217;s wife that he was killed.

"When I got word he was still alive, I told my lieutenant, and we both just wept," she said.

The Iraqi doctor was thrown from the vehicle in the initial explosion, and blended into the crowd as the ambush progressed.

Army officials said Murray&#8217;s quick actions and calm demeanor under fire saved the lives of all the Americans on the convoy, getting them out of a potentially catastrophic ambush.

She received a Bronze Star with "V" for that day, one of four she earned for work in Iraq.