‘Just Dance 4’ has a jam for everyone 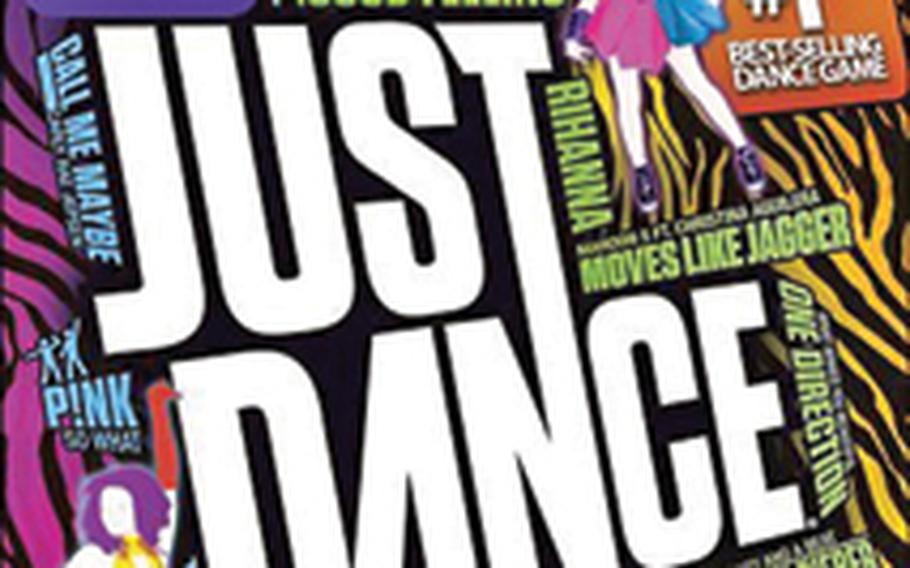 Song selection is the key to success for dance games, and “Just Dance 4” delivers enough options to satisfy most. () Song selection is the key to success for dance games, and “Just Dance 4” delivers enough options to satisfy most. ()

When I popped “Just Dance 4” into my Xbox and fired up the Kinect, I knew it was time to make some moves. However, I didn’t really know which tunes would be the best for my living room dance floor.

My daughter jumped right into Carly Rae Jepsen’s “Call Me Maybe” and earned four stars on her first spin. I tried my best on a few songs, but couldn’t rate anything better than three stars.

Then, as we rolled toward the back of the track list, I found my groove — “The Time Warp.” Suddenly, ghosts of many misspent college evenings returned as I rocked to four stars in the “classic” dance from “The Rocky Horror Picture Show.” Of course five stars is tops, but I felt so happy I did “The Time Warp” again.

Song selection is the key to success for dance games, and “Just Dance 4” delivers enough options to satisfy most people. The game — which was developed by Ubisoft — offers more than 40 tracks, ranging from Nicki Minaj’s “Super Bass” to Elvis Presley’s “Jailhouse Rock.” For every oldie, such as The B-52s “Rock Lobster,” there’s some fresher fare, such as Flo Rida’s “Good Feeling.”

The choreography is also diverse, with hip-hop and pop styles well represented. There’s even a wrestling-inspired set of moves for “The Final Countdown,” by Europe.

If that isn’t enough, you can purchase additional songs from the online store. For example, Korean singer Psy’s “Gangnam Style” will be available in November.

“Just Dance 4” is easy to play. You just match the moves made by the on-screen avatar. If the song is new to you, stick figures in the corner of the screen offer cues for upcoming moves. The Kinect’s camera picks up your motion and lets the Xbox console know how well you’re doing. You are scored on your movement and how well it matches the beat.

Although the on-screen cues are good, I have to admit that I prefer those given by Harmonix’s “Dance Central” franchise. They give you a little more warning and are a bit easier to read at a glance.

I also prefer the “Dance Central” navigation system, which relies on hand swipes to move from screen to screen and select songs and other features. “Just Dance” makes you jab your hand at the screen and then jerk it back to activate menu items. This can be inexact and a little tricky to master.

One feature I thoroughly enjoyed was “Just Sweat.” This game mode combines dance moves and aerobics to give you a timed workout that’s guaranteed to get the sweat glands working overtime. Each routine delivers several segments that vary the movements and rhythm. Sure, I felt a little ridiculous doing some of the “girly” movements but it was still fun.

Bottom line: “Just Dance 4” is definitely entertaining to play with friends and family. The only thing that detracts from the fun is a tricky interface in the menus.