JROTC can be a path to scholarships, academies 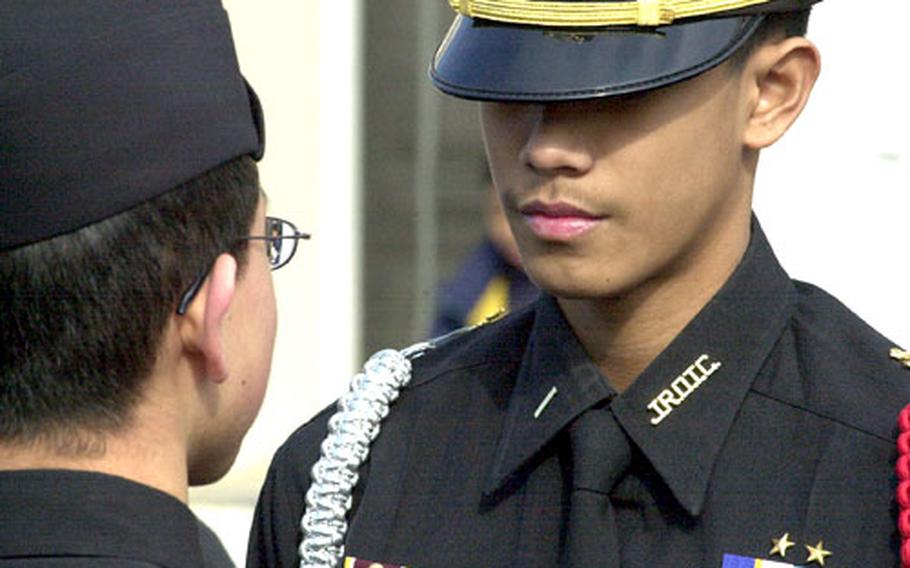 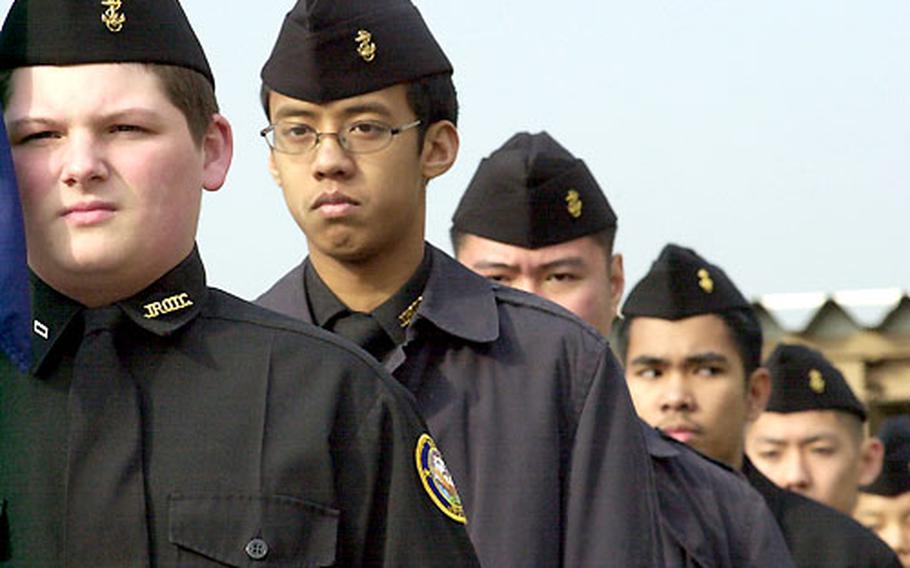 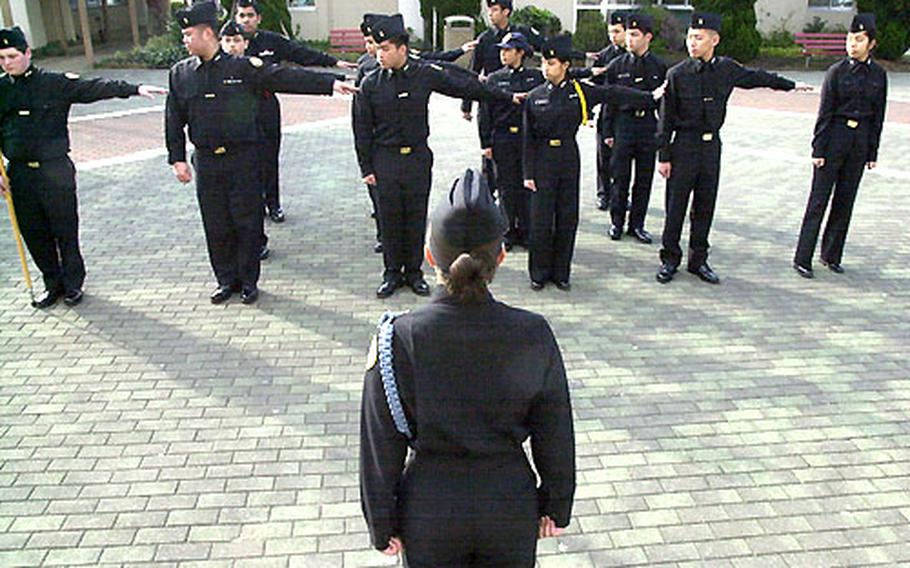 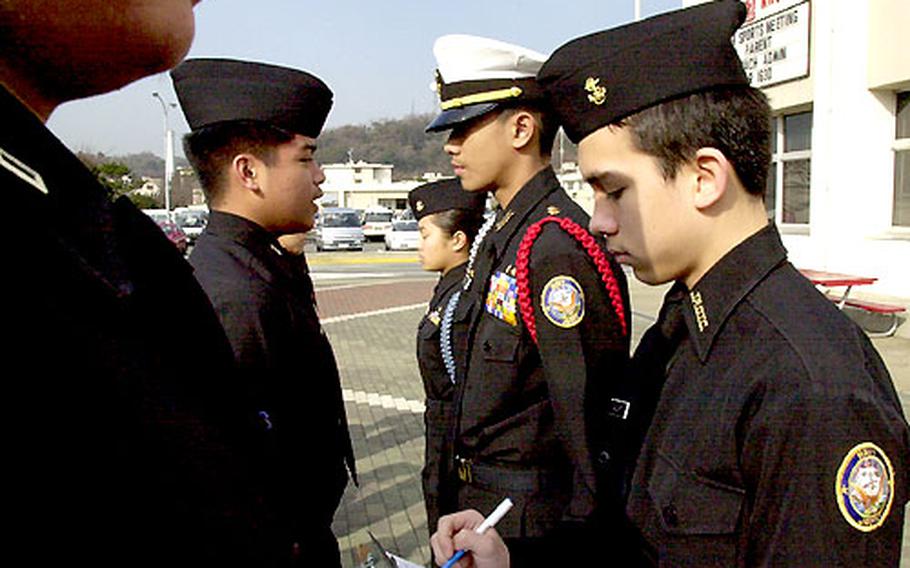 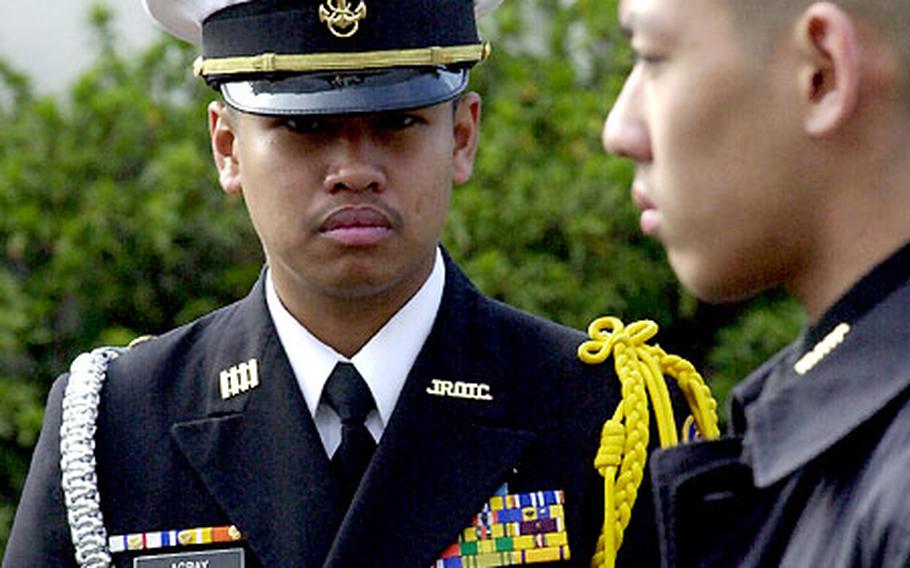 They even can be found at the highest echelon of command: Thomas C. Waskow, a three-star general in charge of U.S. Forces Japan and 5th Air Force at Yokota.

Their common bond? All are products of Department of Defense Education Activity schools, and four-year Reserve Officer Training Corps scholarships or appointments to U.S. military academies.

Among the almost 2,500 DODEA-Pacific graduates over the past three years, 222 have gone on to major universities with ROTC scholarships. Twenty-six others went to West Point, the Naval Academy or the Air Force Academy.

DODEA-Pacific regional officials and school administrators say up to 100 are in line for a free four-year education this fall, in exchange for four years of commissioned military service.

The military environment in which they were raised forms a natural bridge between DODEA schools and Junior ROTCs on the one hand, and service academies and ROTC scholarships on the other.

&#8220;We gained a great appreciation while visiting and living on military bases,&#8221; said Waskow, 55, the son of a former State Department employee and 1970 Air Force Academy graduate. Waskow flew combat missions in O-2s over Vietnam and spent much of his career in F-15 Eagle interceptors.

Katie Miller, a senior boasting a 3.9 grade-point average at Japan&#8217;s E.J. King School, is bound for the Air Force Academy in Colorado Springs, Colo., this summer, something she&#8217;s craved since childhood.

She&#8217;s the daughter of Randolph Miller, a civilian at Sasebo Naval Base who served briefly in the Navy and has worked for the government for more than 20 years. She credits E.J. King&#8217;s first-year Navy JROTC program.

&#8220;It basically verified that I wanted to join the military, and gave me a taste of the military when I was in high school,&#8221; Miller said.

Those in the JROTC program at Kadena do far more than drill. Karrie Geronimo, daughter of Master Sgts. Carlos and Julieta Geronimo, who&#8217;s bound for California-Davis on an ROTC scholarship, also had to become deeply involved in community activities.

&#8220;You have to work hard, be a well-rounded student, not just shine in the classroom but be an outstanding citizen,&#8221; said Geronimo. That meant volunteering for beach cleanups, Veterans of Foreign Wars poppy sales and visiting elementary schools to help with Drug Abuse Resistance Education.

The tab for Aptaker to attend the University of Washington as a regular student and nonresident would have been $28,000 a year.

Rini, a 1998 Seoul American graduate, paid to attend Boston College her freshman year, which put a significant drain on the family budget. But she wound up with an ROTC scholarship. Four years later, she&#8217;s assigned to Osan&#8217;s 51st Comptroller Squadron &#8212; and her sister, Elizabeth, is at the Air Force Academy.

Aptaker, whose brother Michael is a senior ROTC student at Washington and will be commissioned this summer, got word recently that she made the captain&#8217;s promotion list. Before that, she had considered getting out.

Whatever route she chooses in the future, Aptaker feels her ROTC scholarship laid a foundation for success.