John Vanlandingham ‘God had his hands on me that day’ 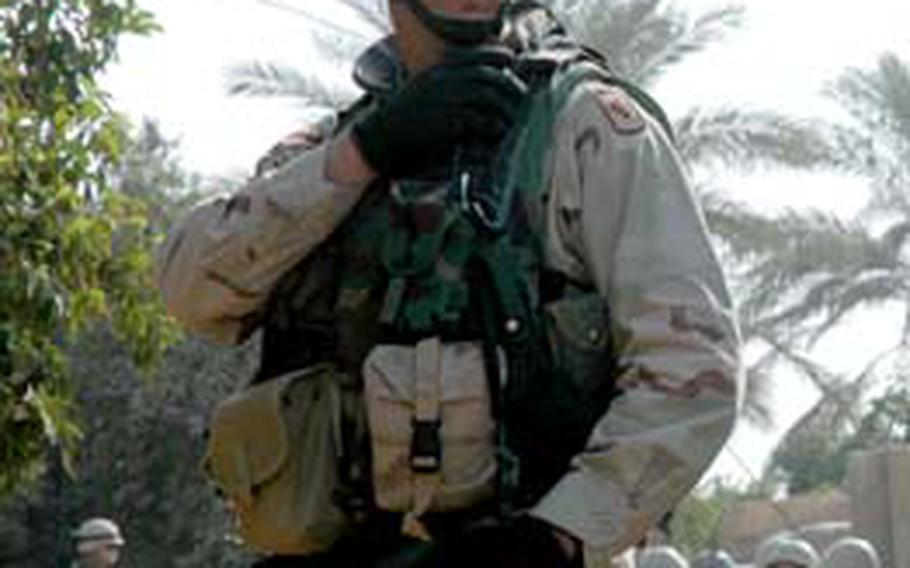 When Capt. John Vanlandingham&#8217;s nine-vehicle convoy of U.S. Humvees and unarmed Iraqi National Guard flatbed trucks arrived at the oil refinery an hour east of Camp Taji with orders to guard it, they were turned away.

It was Nov. 14, 2004, and the insurgency was flaring across the Sunni Triangle. When the convoy showed up, workers fearing retaliation from terrorists if they knew coalition forces were guarding the refinery complained to the Ministry of Oil. The ministry, in turn, called the U.S. military and the mission was canceled.

"It was a wasted trip because they didn&#8217;t want us there, and they sent us there anyway," said Vanlandingham, a member of the Arkansas National Guard who was there as senior adviser responsible for training a group of Iraqi guardsmen.

There were 56 Iraqis in the convoy that November afternoon, and 15 to 20 Americans. The road they traveled &#8212; isolated, narrow, bordered with reed-lined canals &#8212; was the only way in and out of the refinery. An alternate route was too risky because it had been planted with roadside bombs.

"We had to leave the way we came in, which is always hard," he said.

About halfway back to Camp Taji, an explosion hit the third vehicle in the convoy. Vanlandingham was in the lead vehicle, which sped up to get out of the kill zone. His Humvee went about 50 yards before the driver slammed on the brakes after spotting another bomb.

They reversed and backed into the Humvee behind them. Another bomb blew up about 20 yards in front of them. Then bullets began pelting Vanlandingham&#8217;s Humvee, so the convoy sped forward again.

"It was pitch black with smoke and dust," he said.

About 200 yards from the last explosion, Vanlandingham and his driver looked back and saw two disabled Iraqi trucks still in the kill zone. They turned back to help, and found several Iraqi guardsmen lying in a ditch.

Vanlandingham, now caught in a firefight and returning fire, raced to one Iraqi and dragged him out and over a three-foot rise along the ditch to an Iraqi National Guard truck about 35 feet away. Meanwhile other U.S. troops laid down protective fire.

But there were more Iraqis with gunshot wounds, and some missing arms and legs.

He went back to the ditch for a second injured Iraqi, a large man, and dragged him out with the help of another Iraqi soldier. As they pulled out the injured soldier, Vanlandingham felt a crippling pain in his back, which he said was later diagnosed as a ruptured disk.

Despite the pain, he kept returning to the ditch to pull out more injured soldiers and at one point narrowly avoided injury from a grenade that had been tossed into the ditch.

After the last Iraqi was pulled out, Vanlandingham climbed back in his Humvee. But as it drove away, the captain saw a hand rise in the back of one of the battered Iraqi trucks. It was another Iraqi soldier, alive but missing a leg.

In all, Vanlandingham pulled about a dozen wounded and dead Iraqis from the kill zone that day with the help of able-bodied Iraqi soldiers. For his actions, he was awarded the Silver Star on Aug. 12, 2007.

Until the ambush, Vanlandingham said, the Iraqi soldiers had done everything he&#8217;d trained them to do, from conducting raids to traffic control. But trapped in the ditch, many of them were "shooting wildly and some just sitting on the ground crying or in shock of the situation," he wrote afterward in a statement to the military.

Three Iraqis were killed and 18 were wounded that day. No Americans were hurt.