Jason D. Jones ‘They were about out of rounds’ 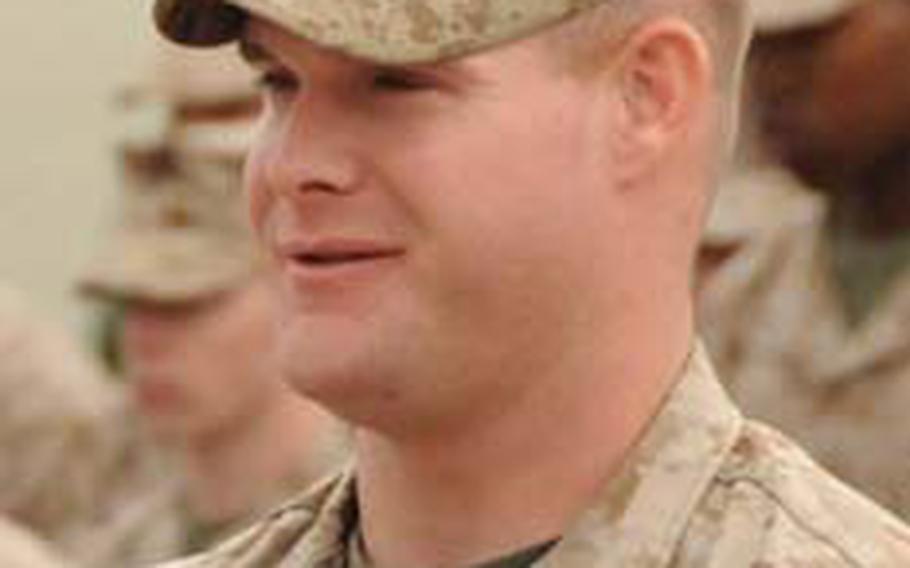 Cpl. Jason D. Jones was set to fly from Okinawa on April 3 to begin the process of leaving the Marine Corps after honorably serving a four-year enlistment.

Then he was awarded the Silver Star on April 2, and it changed his plans.

The award ceremony brought up memories of the July 13, 2008, battle in Afghanistan for which he was being recognized, he said.

Jones was deployed to Afghanistan from November 2007 to August 2008 as part of Embedded Training Team 5-3. He recalled that his first thought when he heard the crack of rifle fire in the pre-dawn hours was that it was a negligent discharge by one of the Afghan National Army soldiers he was mentoring.

"But then, the [rocket-propelled grenades] started going off," Jones said. That&#8217;s when he knew they were under attack.

He hadn&#8217;t even put on his combat gear when an estimated 200 Afghan insurgents attacked Vehicle Patrol Base Wanat, a combat operating post that was set up six days earlier. U.S. Army and Afghan National Army soldiers, Jones and the three training-team Marines began returning fire.

He later learned that the insurgents arrived the night before and kicked families out of the nearby village in preparation for their assault on the post.

Jones&#8217; medal citation recounts how he and another Marine dashed 35 meters through enemy fire to aid a seriously wounded Afghan soldier. He said it was the Afghan soldier&#8217;s cries for help that spurred Jones to action regardless of danger to himself.

"You can only see somebody bleeding and screaming for help so much before you do something, and that was our job to be there for the Afghan National Army," he said.

Then they heard a call from U.S. soldiers that their observation post was about to be overrun.

"We had to do something. They were about out of rounds," he said.

Jones and another Marine grabbed a machine gun and ammunition and sprinted 130 yards through enemy fire to man the post. Jones&#8217; citation credits their actions as vital in repelling the attack.

He said that firefight opened his eyes to what war really is &#8212; how dangerous it is. But that and his Silver Star award ceremony reminded him that being a Marine was about protecting others and being part of a family, he said.

The day he received the Silver Star, he still planned to leave the Corps and rejoin his family in Texas. He was "torn up" about that decision but committed to it, he said.

But, by the next day, Jones knew he wasn&#8217;t ready to leave, he said. He now plans to re-enlist for at least four more years of service.