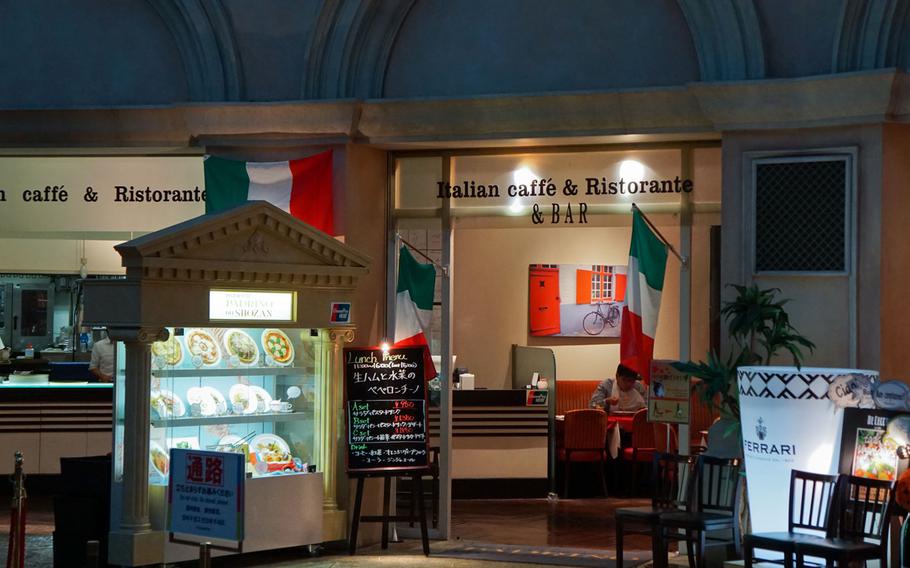 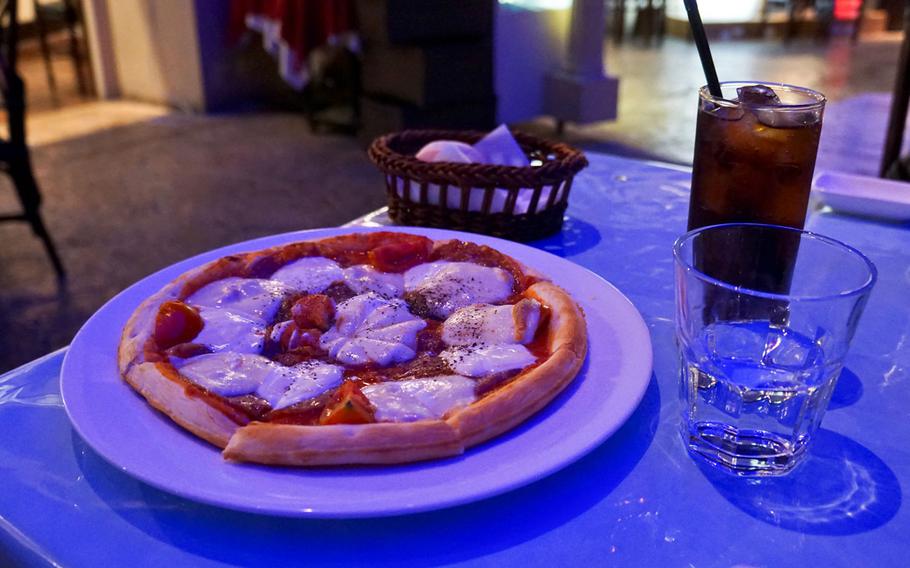 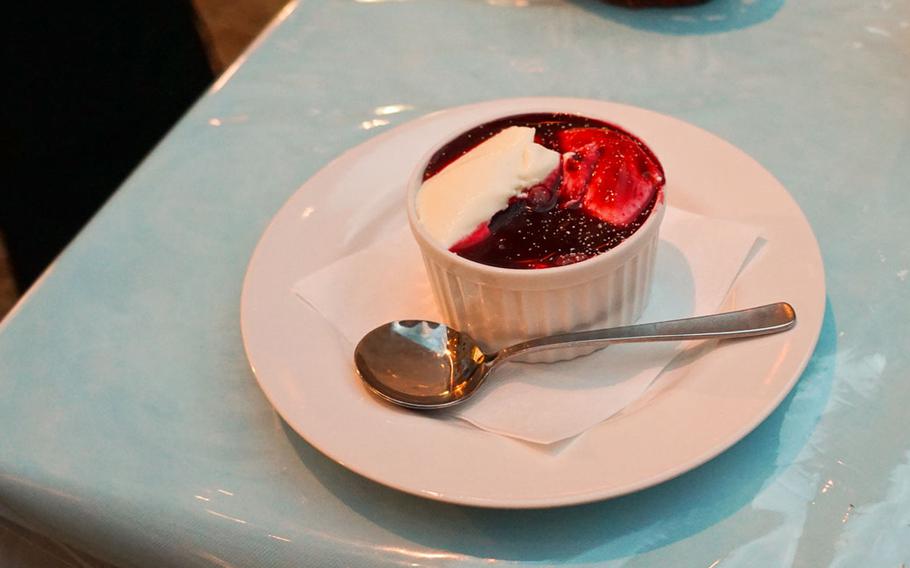 Sitting in front of Padrino del Shozan, an Italian restaurant in Tokyo’s Odaiba district, you can imagine you’re in Venice gazing up at St. Peter’s Basilica.

The eatery is in a part of the VenusFort mall known as Church Plaza, where diners can sit “outside” under an artificial sky and look at the facade of a church. It doesn’t come anywhere near the grandeur of Saint Mark’s Basilica, but does somewhat resemble parts of St. Peter’s.

Church Plaza is in an out-of-the-way part of the mall, which made for a quiet dining experience. It took about half an hour for food to arrive, during which the “sky” darkened into artificial night and back to day.

My friend ordered grilled marlin (1,950 yen, or about $17.30). It reminded him of a tender, thick steak — savory, evenly seasoned and grilled just enough to sustain a juicy filet that flaked apart.

My salami pizza (1,652 yen, or about $14.60) was acceptable, but not great. The entire top of the pizza came off during my first bite. Messy and irritating.

After doing my best to put the top of the pizza back in place, the reason for its fragility became clear. Rather than the uniform topping of melted mozzarella I’d expected, there were patches of soft and creamy ricotta. It was a different flavor entirely, and I didn’t like it.

For dessert, our positions reversed. I ordered the panna cotta, a traditional Italian treat (583 yen, or $5.16). It was served with raspberry sauce and tasted exactly like a good panna cotta should.

If you’re near the Odaiba district and want some Italian food, you could do worse than Padrino del Shozan. You could probably do better as well.

Location: Inside the VenusFort Mall at Odaiba, Tokyo. Take the Yurikamome Line to Aomi Station and walk 100 yards to VenusFort. Padrino del Shozan is in Church Plaza on the second floor.