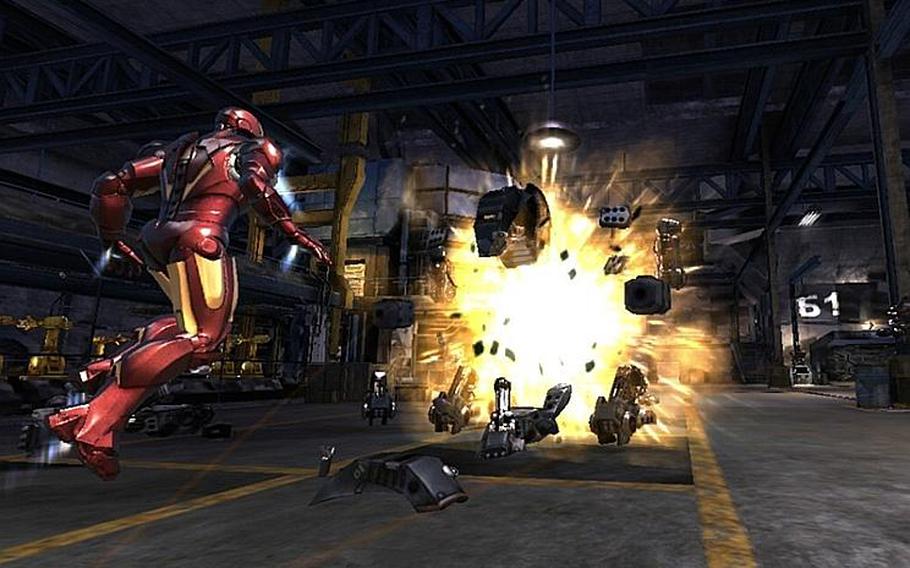 After seeing the movie, I had hoped that the game version would be equally entertaining.

This T-rated game follows a significantly different story line than the movie, which is great for people who have seen the movie because it’s a fresh take. But it’s also great for those who have yet to see the movie and don’t want to know the plot. Unfortunately, this is one of the few bright spots of the game.

And now for some of the not-so- bright spots. “Iron Man 2” is certainly one of the shortest games I’ve played in some time. From start to finish, it took less than seven hours. You’re definitely not getting your money’s worth, if you ask me.

The game does feature the voices of actors Samuel L. Jackson and Don Cheadle, who play Nick Fury and James Rhodes in the film. But their participation does nothing to mask the game’s shortcomings.

The worst thing about the game is the graphics. Everything from the characters and the textures in the backgrounds to the explosions seemed very generic and phoned in. Sadly, even though the first game was no Picasso, the second game looks like a cheap knockoff of the first title.

The controls of the game aren’t much better. Playing as either Iron Man or War Machine would seem to be enticing for fans. However, a lot of the flying and overall movements are very awkward. Trying to control Iron Man in-flight was comical. Between his speed and direction, it was almost impossible.

As a fan of the movies, I was disappointed at the very limited number of suits to choose from in Iron Man’s hall of armor. On the plus side, the game does offer some interesting combinations of weaponry that the first game lacked. Players can choose to equip both characters with an array of machine guns, rockets and other weapons. The problem is, the game doesn’t go far enough in distinguishing the abilities of each weapon.

Even on its most difficult setting, the game is far from challenging. Just blowing stuff up is fun at first, but it gets boring fast.

Unless you have a Tony Stark-like budget, I recommend saving your money by passing on this game. If it’s a true Iron Man experience you’re after, get the DVD.