In Seoul, the Insadong experience is not to be missed 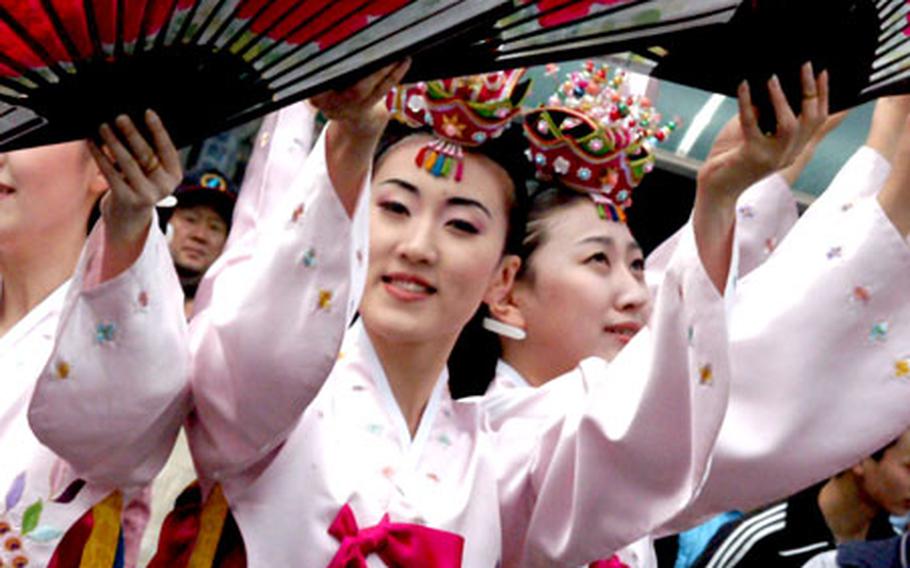 On Sunday afternoons, the main street in Insadong closes to cars and vendors and performers take over. There is usually a lot of food, families and dancers in costume. (Joe Giordono / S&S)

On Sunday afternoons, the main street in Insadong closes to cars and vendors and performers take over. There is usually a lot of food, families and dancers in costume. (Joe Giordono / S&S) 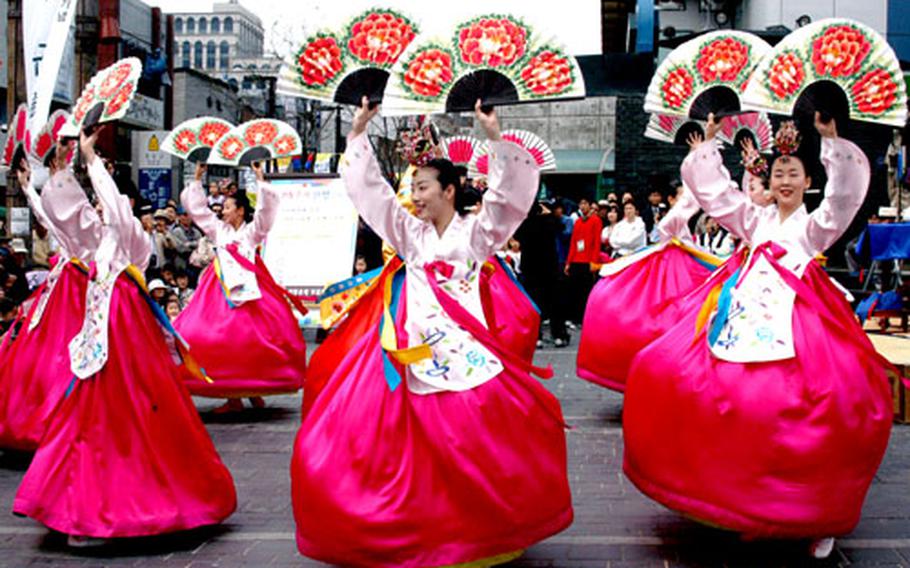 Dancers parade through the market after finishing a performance. (Joe Giordono / S&S) 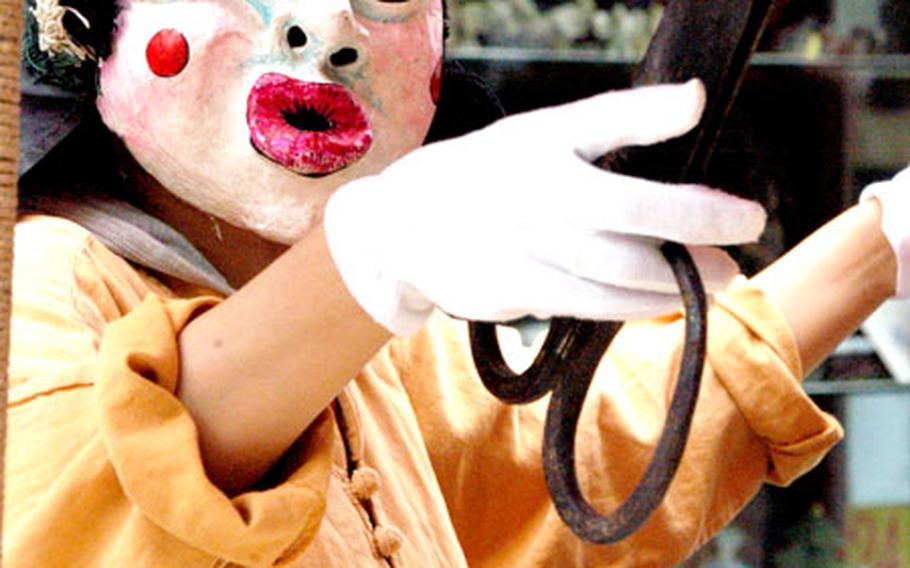 A woman slices candy with big scissors. She uses the costume, dance and tape-recorded music to attract customers and says it makes the treats come out well. (Joe Giordono / S&S) 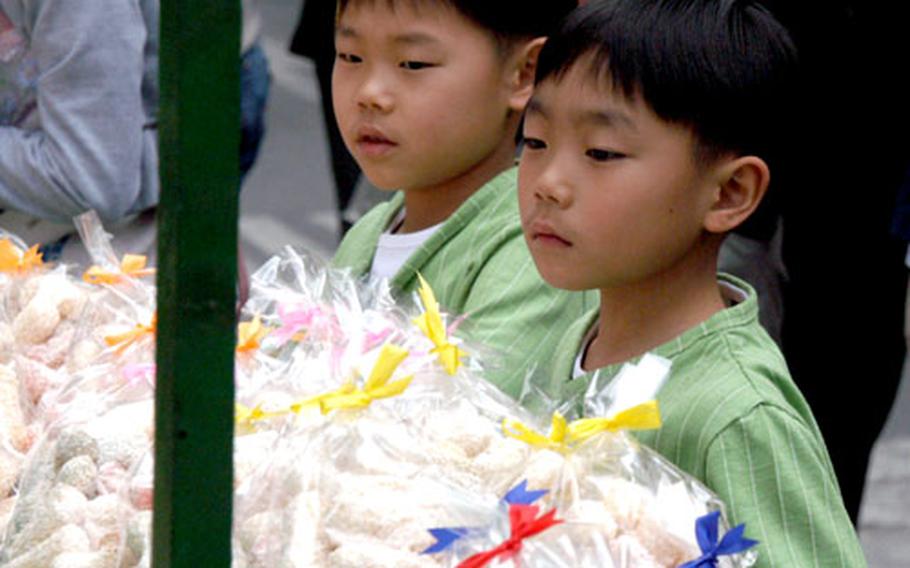 Boys watch a man prepare a type of sesame brittle. He gave them each a piece after he finished cutting the slab by hand. (Joe Giordono / S&S)

Insadong certainly wouldn&#8217;t qualify as one of Seoul&#8217;s hidden travel treasures. In fact, it&#8217;s one of the more popular destinations for foreigners in South Korea. But with good reason.

On Sunday afternoons, the winding row of streets and storefronts transforms from a traffic-clogged neighborhood to a pedestrian-only shopping zone. Shopkeepers set up stands along the sidewalks; entertainers and buskers roam the street; artists offer quick portraits from makeshift studios.

When the weather is right, it&#8217;s a perfect way to spend a Sunday afternoon &#8212; especially if you&#8217;re in need of some traditional Korean gifts. From handmade cards and paintings to the ever-popular Korean masks, everything is for sale.

Dozens of antique peddlers spread out their wares on blankets and tarps along the road. For the best deals, wander in and out of the alleyways along the main road. And of course, feel free to test your bargaining skills.

At several spots along the way, fortunetellers set up booths and offer to read your future. My future, apparently: &#8220;You will give money to a streetside fortuneteller who speaks just enough English to make you angry that you gave her money.&#8221;

The street &#8212; also called Mary&#8217;s Alley, for some unknown reason &#8212; also boasts an impressive variety of traditional tea shops. Again, some of the better ones are hidden in alleys to the side of the main street. Sample some &#8220;tok&#8221; (sticky rice cakes) or get a full-course dinner served by a former Buddhist monk at the Sanchon restaurant, which also boasts live music and dancing on some nights.

The street began as a Mecca for famous cabinetmakers and other artisans working with traditional wood and paper forms. Today, Insadong remains an artists&#8217; haven, with street sales mixing with ultra high-priced art galleries.

Insadong also boasts what is surely one of the only walls in Seoul where graffiti is legal, and encouraged. Passers-by stop at the huge white wall, adding to messages scrawled around sometimes- impressive murals and spray-paint jobs.