If it moves, you’ll find it at the Auto and Technik Museum in Sinsheim 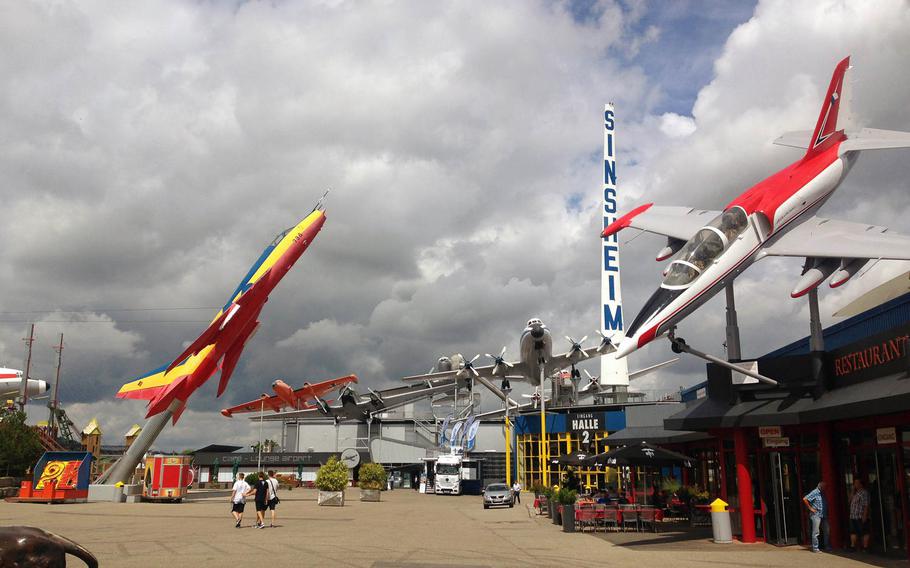 Buy Photo
The Auto and Technik Museum in Sinsheim, Germany, showcases hundreds of items ranging from supersonic jets to World War II-era German tanks and classic American cars from the 1950s. The museum has two large halls filled with items and an IMAX 3D theater that shows various films. (John Vandiver/Stars and Stripes)

Buy Photo
The Auto and Technik Museum in Sinsheim, Germany, showcases hundreds of items ranging from supersonic jets to World War II-era German tanks and classic American cars from the 1950s. The museum has two large halls filled with items and an IMAX 3D theater that shows various films. (John Vandiver/Stars and Stripes) 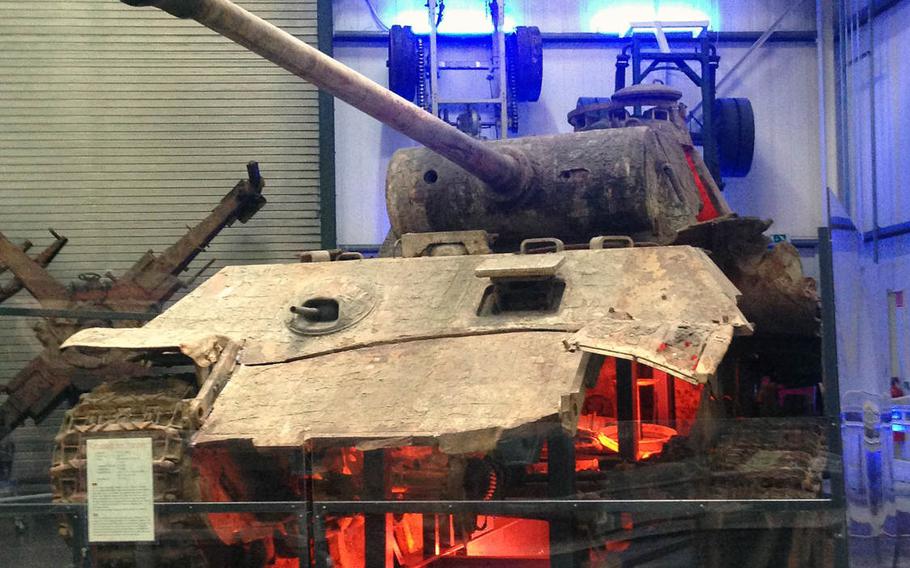 Buy Photo
The remnants of a World War II-era German Panzer tank are on display at the museum. It features a broad range of cars, aircraft and military vehicles. One sectoin of the mueseum is dedicated to tanks and weapons of the German military during the time of the Nazis. (John Vandiver/Stars and Stripes) Buy Photo
The Auto and Technik Museum has a huge collection of classic American cars, such as this rare 1952 Oldsmobile 98. There also are Corvettes, Thunderbirds and the futuristic-looking DeLorean. (John Vandiver/Stars and Stripes) Buy Photo
At the Auto and Technik Museum in Sinsheim, Germany, hundreds of items are on display in two large halls dedicated to a range of moving machines. Planes, trains, cars, farm equipment and military heavy vehicles are all showcased. (John Vandiver/Stars and Stripes)

For years, I’ve blasted by the jets perched atop the big blue building on the side of the autobahn, an oddity that’s caught my eye on countless rides down the A6.

On a recent ride from Kaiserslautern to Stuttgart, I finally stopped to have a look inside.

In Sinsheim, a nondescript little town 50 miles northwest of Stuttgart, the claim to fame is the Auto and Technik Museum. It’s a huge mess of a place, filled with a little bit of everything — or rather, a lot of everything.

There are two supersonic jets — a Concorde and a Tupolev TU-144 — on display atop the museum along with several other aircraft around it. Inside, there are other planes from the past, such as a burned-out Ju-87 German dive bomber that was shot down during World War II.

But there’s plenty more than planes. There are cars — too many to count: American classics from the 1950s, like Cadillac Eldorados, a pink one favored by Elvis, Thunderbirds and you name it. Mixed in are displays of 1950s icons like Marilyn Monroe and the clothing of the time.

Walk another 50 feet and you are out of postwar Americana and into World War II, where a variety of German Panzer tanks are showcased as well as old Nazi uniforms and various weapons of the time. It is haphazardly thrown together, making it all seem sort of random. For example, old-time farm equipment sits next to a tank.

And that is just one hall. In another, the focus is mainly on racing vehicles, including a mix of Formula I cars, motorcycles and drag-racing machines.

There is so much — hundreds of machines — that one could spend several hours taking it all in. A plus is that each car, plane and warfighting machine has descriptions in both German and English, so it can be a truly educational experience.

In addition, the museum offers viewings of IMAX films in 3-D.

There is a cafeteria-style restaurant conveniently located on site. There is a honky-tonk vibe to it all, but if you are into things that go, the Auto and Technik Museum is the place.

Auto and Technik Museum, Sinsheim GETTING THERE

Address: Auto and Technik Museum, Museumsplatz, D-74889, Sinsheim. Located directly off the A6 roughly halfway between Stuttgart and Kaiserslautern.

The museum has a restaurant and a lobby bistro.

Information is available in English at www.sinsheim.technik-museum.de/en