‘I just wanted to get my crew out’ 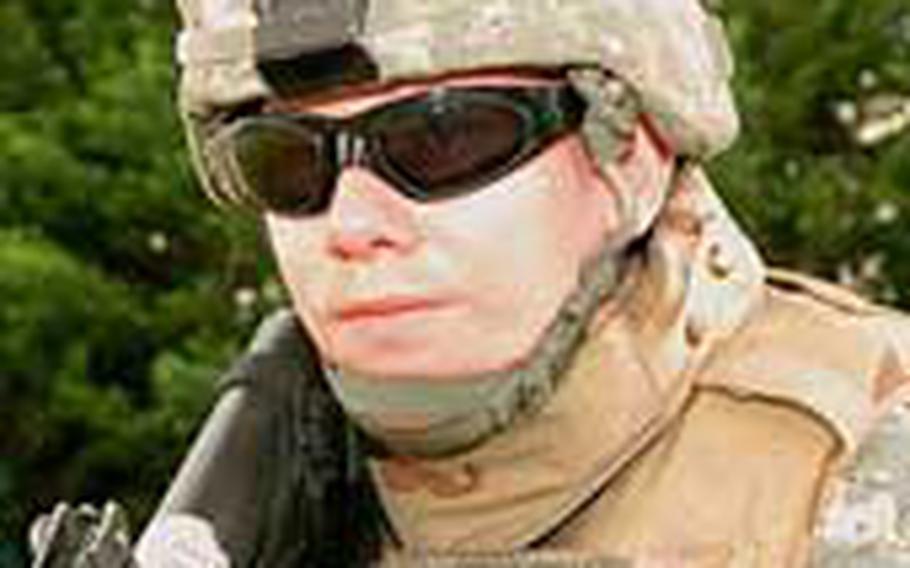 At the rear of the 90-plus vehicle convoy, Spc. James Peterman readied himself behind a .50-caliber machine gun in a Humvee turret. Buildings two- to four-stories tall lined both sides of the road.

The soldier with the 66th Transportation Company, which is normally based in Kaiserslautern, Germany, would soon find himself engaged in urban combat in northern Iraq, double-thumbing the butterfly trigger of his .50-caliber machine gun as it unleashed 200 rounds. For his actions, Peterman would be awarded the Bronze Star with "V" device.

As a wrecker made its way forward to recover the downed scout vehicle, the front half of the convoy started taking small-arms fire. Soon afterward, insurgents were spotted near the rear of the convoy.

"A guy jumped over the wall and was making his way over to a wrecker vehicle," said Peterman, 23, of San Antonio. "My [truck commander] told me to turn and fire, so I did. Then we started taking heavy small arms from all over the place, some mortar fire and some RPGs (rocket-propelled grenades) as well."

From about 30 feet away, Peterman eliminated the man who had jumped the wall and began firing at insurgents everywhere he could. Soldiers estimated that a platoon-sized group attacked the convoy.

"At one point, I ran out of ammo so I took my M-16 and started laying suppressive fire," Peterman said.

"I wasn&#8217;t even fazed by it," Peterman said. "I continued firing. I kept having Kiowas (helicopters) come in and attack whatever positions I could light up for them."

Peterman spotted an insurgent with an RPG launcher on a rooftop and contacted air support. The Texan used suppressive fire to mark the spot where the enemy was. A Hellfire missile from a Kiowa took care of the RPG threat.

"Specialist Peterman was in the last vehicle, getting hit the hardest by small-arms fire," said 1st Lt. Brett Dunning, who was there for the ambush and now serves as 66th Transportation Company&#8217;s executive officer.

Eventually, the convoy was able to move out, but Peterman&#8217;s Humvee was taking fire as it left the "kill zone."

During the firefight, Peterman said he thought of his crew.