How the US lost the propaganda war in Afghanistan 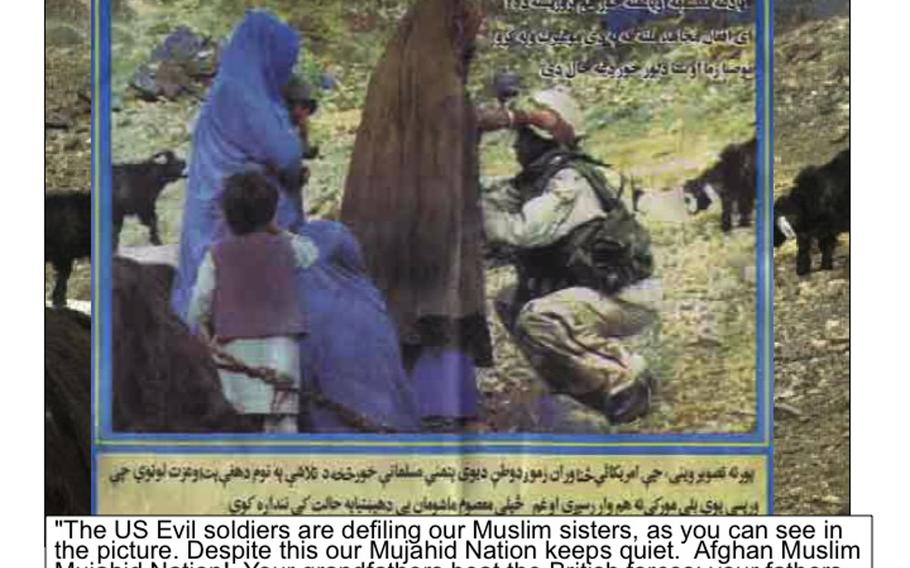 An example of Taliban propaganda, showing a U.S. female soldier searching a female Afghan and presenting the situation as a male U.S. soldier defiling a woman. (Photo courtesy of Thomas Johnson)

An example of Taliban propaganda, showing a U.S. female soldier searching a female Afghan and presenting the situation as a male U.S. soldier defiling a woman. (Photo courtesy of Thomas Johnson) 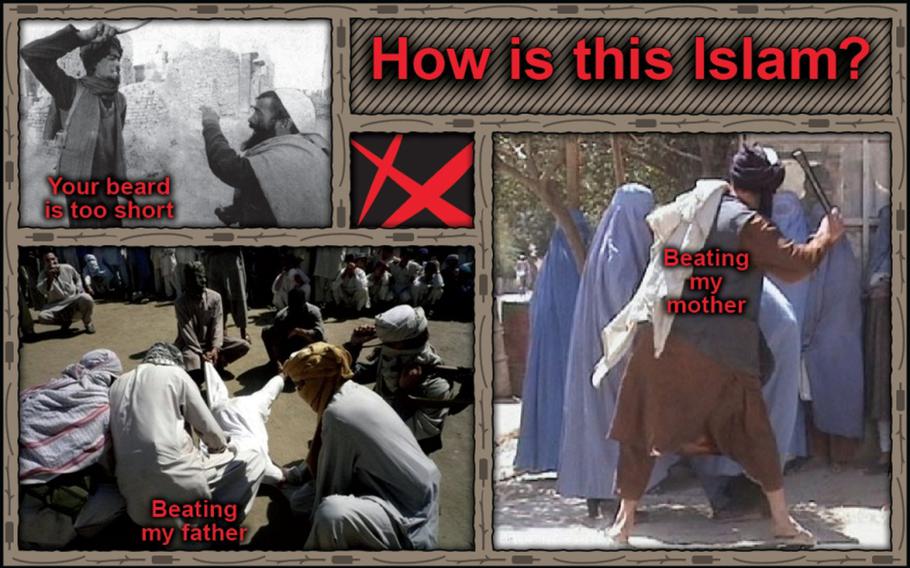 An example of U.S. propaganda in Afghanistan, calling into question the Taliban's interpretation of Islam. (Photo courtesy of Thomas Johnson) 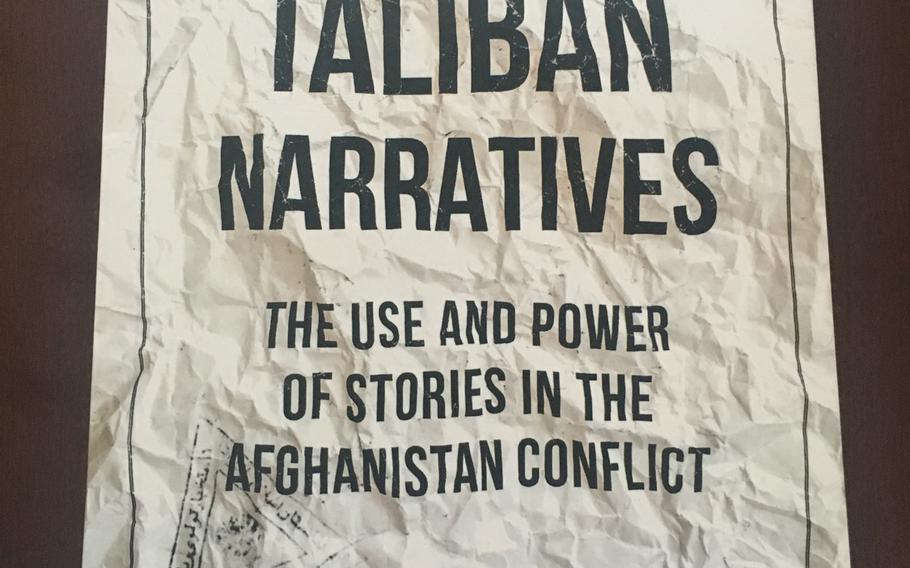 The Americans knew the Taliban set off the blast that ripped through Kandahar, Afghanistan, during Ramadan in 2009. The explosion killed 41 and wounded more than 60.

Many Afghans in the city, however, were convinced the United States was to blame, recalls Thomas Johnson, who was based in Kandahar as a counterinsurgency adviser to U.S. forces.

The Taliban got the benefit of the doubt, even among those in Kandahar working with the Americans, said Johnson, who was conducting interviews with tribal leaders at the time.

Similarly, conspiracy theories arose in Kandahar in recent weeks blaming the U.S. for killing Afghan strongman Abdul Raziq — and not the Taliban who claimed responsibility for the attack.

Those wondering how the Taliban persist as an insurgency can look to Johnson’s recent book, “Taliban Narratives: The Use and Power of Stories in the Afghanistan Conflict,” which is soon to be translated into Dari and Pashto.

America’s 17-year war in Afghanistan was never going to be won by brave soldiers blowing things up, but by winning the battle of the narrative, writes Johnson, now a professor at the Naval Postgraduate School. Whoever had the best narrative would win, as an effective information operations campaign can push people toward interpreting an event in a certain way.

Johnson’s book traces how the Taliban used simple songs and poems in their bid to convince the Afghan people that the U.S. and its allies were occupiers, while the U.S. meanwhile was not able to convince many Afghans why foreign troops needed to be in the country, due to messages that were constantly shifting and sometimes culturally insensitive.

The result: the high-tech propaganda campaigns used by the U.S. lost in the war for hearts and minds to the Taliban’s cheaper techniques.

One mistake was that the U.S. did not know enough about Afghanistan prior to invading. The U.S. had few Afghanistan experts or local language speakers in 2001 and relied heavily on Afghans who had not been in the country for years.

“Historically, insurgencies are won or lost in the first three years,” Johnson told Stars and Stripes. “Those first three years were some of the worst times for our cultural messages, because we didn’t have the cultural knowledge.”

In the days after 9/11, Johnson helped design propaganda leaflets explaining to Afghans why American soldiers coming. Johnson, then working for the Office of the Secretary of Defense, proposed a design highlighting the harshness of Taliban rule.

Then he saw the final product delivered by Special Forces: The leaflets were written in the wrong language. On the top of the leaflet were Dari words, even though everyone in the region spoke Pashto.

Others among the 80 million leaflets dropped over Afghanistan misprinted the Afghan flag by giving it horizontal stripes, when it has vertical stripes. Later leaflets showed women with uncovered faces or superimposed words from the Koran on a dog, which is considered blasphemous among Afghans.

Meanwhile, the Taliban repeated a few simple messages, Johnson said. Drawing from seven years of fieldwork gathering Taliban poems, songs and newspapers, Johnson found the Taliban had been using the same themes used when the country fought the Russians. These were themes — independence from foreign invaders, devotion to God, country and family — that most Afghans generally believed in, whatever their views on the Taliban and the Americans.

“Many of the people fighting the Taliban agree with the Taliban — they just don’t like the Taliban,” Johnson told Stars and Stripes. “The thing that gets them off the fence and moves them toward one side are these narratives.”

Johnson includes examples of Taliban poems, musical chants and social media posts. Afghanistan is a nation that loves poetry, and the flowery verses of the Taliban — about nightingales mourning the loss of their garden and the like — resonated among rural Afghans in ways that blunt American propaganda leaflets did not.

The Taliban remain galling to many Afghans living in the country’s cities, but they were never the focus of propaganda efforts, Johnson said.

The book can make for dry reading at times, as it is an academic text structured thematically around various types of Taliban propaganda. I would have liked more narrative along with the analysis, and the book does not address whether effective messaging would have been able to surmount preexisting concerns such as corruption and ethnic tensions in the country.

Still, Johnson’s book offers a sobering view of how the U.S. failed to find a message that the Afghan population could understand or believe, and a glimpse into how the Taliban managed to persist over the past 17 years of war.