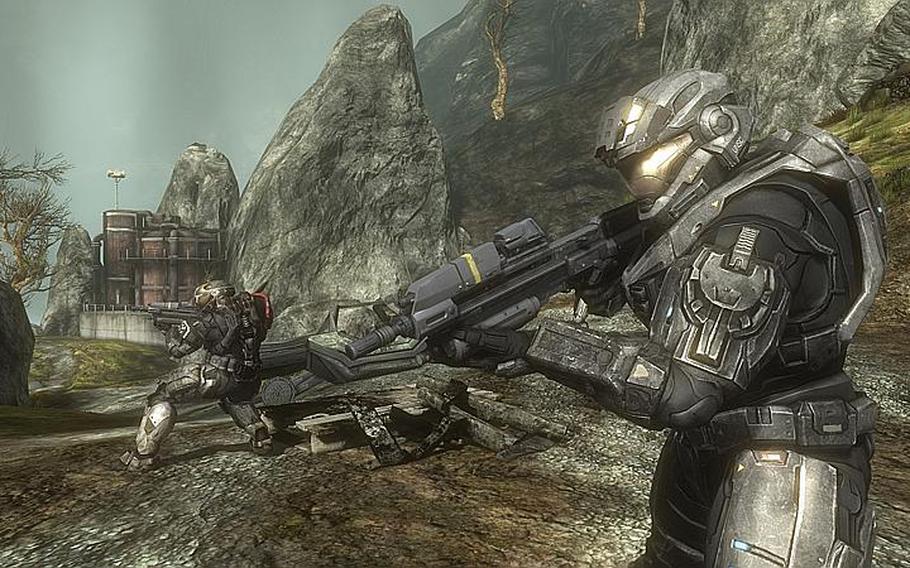 A squad of Spartans takes on alien invaders in the campaign more of 'Halo: Reach.' (Bungie Studios) 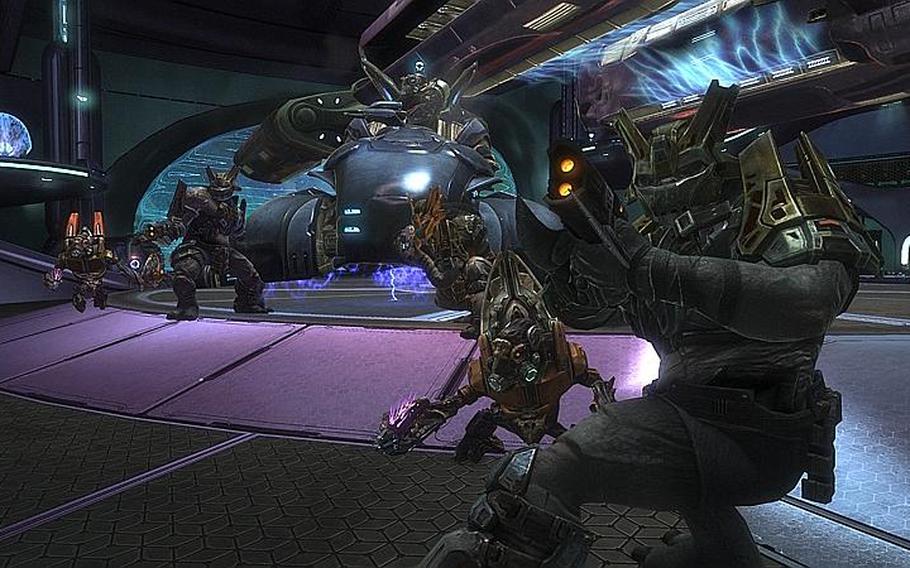 Brutes - the big guys - and grunts - the tiny ones - can be very menacing in the Firefight mode of 'Halo: Reach.' (Bungie Studios) The Greeks needed 300 Spartans to stand in the gap against the invading Persian hordes at Thermopylae.

Humanity has only six Spartans to face the invading Covenant hordes in “Halo: Reach,” so you know it’s going to be a desperate fight.

In the latest chapter of the sci-fi saga developed by Bungie for Microsoft Game Studios, you play as the sixth member of Nobel Team, a squad of Spartan super-warriors who fight to save the human settlers on the planet Reach and safeguard a secret. The prequel is set several decades before the events of the original “Halo: Combat Evolved,” which was released in 2001. Humanity and the alien Covenant are at the height of their power and the battles are intense.

While the bulk of the game’s combatants, weapons and vehicles will be familiar to “Halo” veterans, “Reach” delivers a few new goodies, as well as better graphics, more customization and enhanced game play options. It’s a package that should please long-time fans and gain a few more followers.

The game’s campaign — which can be played solo or cooperatively both online or split-screen — is relatively short but still satisfying. The story is engaging and provides additional background for those who want to know more about the “Halo” universe. Although the settings aren’t quite as varied as they were in last year’s “Halo 3: ODST,” they offer plenty of intense combat and interesting challenges.

Admittedly, many players do little more than dip into the campaign before diving into the online competitive modes. Those players will miss a good introduction to most of the game’s new features.

New weapons include a grenade launcher, plasma launcher, concussion rifle and a needle rifle, all of which deliver very satisfying results. “Reach” also introduces a new system of armor upgrades. You can acquire upgrades on the battlefield that allow you to jet into the air, deploy a decoy image of yourself, go semi-invisible or make yourself invulnerable for several seconds. A few new vehicles also appear, the most impressive of which is the Sabre orbital fighter. This nifty little craft is easy to control and fun to take into battle. The game also lets you sneak up on an unsuspecting foe for an “assassination,” which unfolds in a brief cinematic.

Of course almost all of this is also available in the other game modes — competitive multiplayer and Firefight.

“Halo” has always offered an excellent selection of multiplayer options, including a variety of individual- and team-based games. “Reach” adds “Invasion,” which unfolds in a number of objective-based rounds; “Headhunter,” in which players must collect “skulls” of their victims; and “Stockpile,” a souped-up version of capture the flag. It also adds a solid collection of new maps that provide ideal settings for almost any kind of shootout, whether you want stalking, sniping or wild free-for-alls.

However, the biggest change is a new matchmaking system. It allows you to select from several preferences — including chatty vs. quiet and team player vs. lone wolf — that allow you to play with like-minded players. It’s also easier to form and keep a team together as it moves from

Firefight was introduced in “ODST” and makes an impressive return in “Reach.” In Firefight, up to four players battle waves of Covenant warriors. This time around, you can customize the properties of each wave, match duration, respawn time, loadouts, number of lives and much more. In addition, Firefight offers a variety of new game types, including a player vs. player mode, a rockets-only shootout and “Gruntpocalypse,” in which every foe is a goofy little alien grunt. As a result, Firefight is much more robust, diverse and fun.

And if these options aren’t enough, “Reach” brings back the Forge mode, in which you can create your own maps and games. The tool set has been simplified a bit while managing to increase the options available to the builder.

“Halo” is known for efficient and responsive controls. Veterans will notice a few tweaks — such as the “melee attack” moving to the right bumper and the “reload” moving to the X button — but the results feel much more natural, or at least in line with many other shooters.

The graphics are very good. Although they don’t aim for the extreme realism of games like “Modern Warfare 2,” the character renderings and settings are detailed and filled with texture, and the animations are smooth.

The game is rated M for violence and a bit of blood. However, “Reach” is so mild compared to most mature games that I wonder why it’s not rated T.

Overall, “Reach” doesn’t remake the entire “Halo” franchise, but it does offer enough enhancements to create a feeling of freshness and fun.