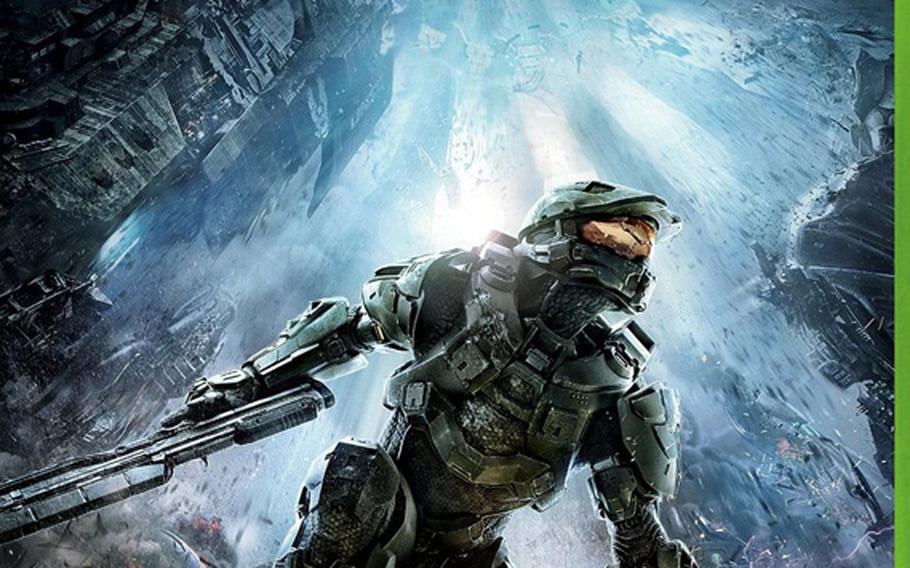 The fourth installment of the Halo franchise, “Halo 4,” receives a much-needed face lift from new developer 343 Industries, with new multiplayer game play and an emphasis on level exploration. (Courtesy of Microsoft) 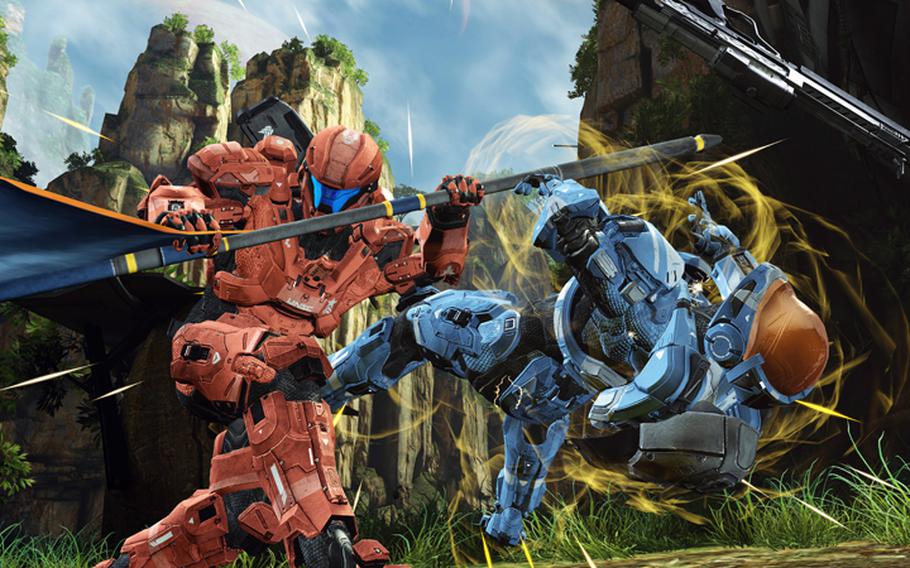 The fourth installment of the Halo franchise, “Halo 4,” receives a much-needed face lift from new developer 343 Industries, with new multiplayer game play and an emphasis on level exploration. (Courtesy of Microsoft)

It’s a new era in the “Halo” universe.

A new developer has brought new weapons, a new world and even a new enemy to the sci-fi shooter series. The graphics are sharper. The story is more intense and personal. There’s a new mission mode. But amid all of this, Master Chief still reigns as the ultimate protector of the human race.

“Halo 4” marks the return of Master Chief after a string of games that focused on other characters in humanity’s long-running war against the alien Covenant. The new development team at 343 Industries honed its skills by updating the graphics and tweaking the game play for the original game in the series — “Halo: Combat Evolved” — to mark its 10th anniversary last fall. The new M-rated shooter is the studio’s first original “Halo” game, and the results are very good.

The game begins more than four years after the events of “Halo 3,” which brought a truce between humans and the Covenant. Master Chief’s artificial-intelligence sidekick, Cortana, awakens him from stasis with a double dose of problems — their ship is under attack and her own digital integrity is degrading because she’s now very elderly by AI standards.

Something apparently has gone wrong with the truce because the ship is swarming with Covenant troops and they aren’t happy to see Master Chief. However, it’s not long before the ship, Master Chief and the alien soldiers and ships are all sucked into a gravity well emanating from an artificial planet created by the ancient race known as the Forerunners.

As the story unfolds, the main character feels a bit less like Master Chief the super Spartan and more like John the human being. His actions seem to be driven more by deep-seated convictions and concerns than by bravado. Even the ancillary characters seem weightier. As a result, the story is much more compelling than those of previous “Halo” titles.

On the strange new world of Requiem, Master Chief encounters a new set of foes, robotic minions of the Forerunners. They’re a pretty tough lot to fight, with their ability to teleport and an array of powerful — and cool-looking — new weapons. Fortunately, you can pick up and use these weapons, so it all works out in the end.

In addition to the primary campaign, “Halo 4” offers a second round of missions called “Spartan Ops.” Episodes of this adventure will be available for download weekly at no extra charge to those who’ve bought the game. These missions follow the exploits of a new generation of Spartans based aboard the starship Infinity, which also plays a major role in the main campaign.

The game also brings back the Forge mode, which allows gamers to create their own multiplayer maps and upload them for others to enjoy — or grumble about. Forge has been updated with new tools that provide even more options for customizing maps.

And, of course, “Halo 4” delivers multiplayer competition. This is probably the most popular feature of any “Halo” game, so developers obviously didn’t want to make many changes to the basic game play. However, the underpinnings of the matches have been revised to create the War Games mode. This time around, you play as a Spartan aboard the Infinity and engage in training missions with other Spartans in the ship’s “combat deck.”

Along with the new format, the multiplayer mode offers some changes that bring the game more in line with other shooters. You can do more to customize your weapon loadout and armor so you’re no longer tied down to a predetermined set of equipment. You also can earn in-game extras — weapons, armor, etc. — for kill streaks. These changes make game play much more personal and dynamic.

The game has all of the mechanics that we’ve come to expect from “Halo.”

You can play through campaign in co-op, both split-screen and online.

As usual, the controls are very smooth and efficient, making combat fast and fluid.

The artificial intelligence is pretty good. Although Grunts tend to range from cannon fodder to grenade-wielding kamikazes, larger foes use cover and react to your moves in ways that make every encounter interesting.

The graphics are a step up from previous editions. The cut scenes are very richly detailed, colorful and finely textured but even the in-game graphics have been enhanced. This become evident in the rare cases in which you see unarmored human faces. They look pretty good compared to most other games.

The game earns its mature rating because of violence. However, I don’t remember seeing anything that really deserves an “M” in any “Halo” game.