Group brings ‘Aida’ to base 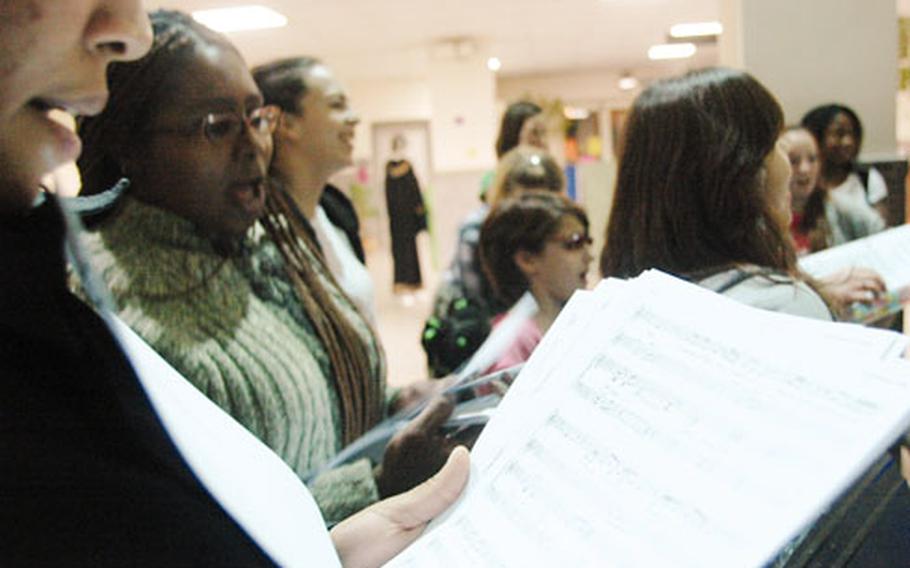 Cast members rehearse for the spring debut of "Aida," a modern take on Verdi’s classical opera. Members of the U.S. Navy base, both active duty and their families, make up the raucous cast of amateurs — who vow to present the public with a professional production. (Sandra Jontz/S&S)

Cast members rehearse for the spring debut of "Aida," a modern take on Verdi’s classical opera. Members of the U.S. Navy base, both active duty and their families, make up the raucous cast of amateurs — who vow to present the public with a professional production. (Sandra Jontz/S&S) 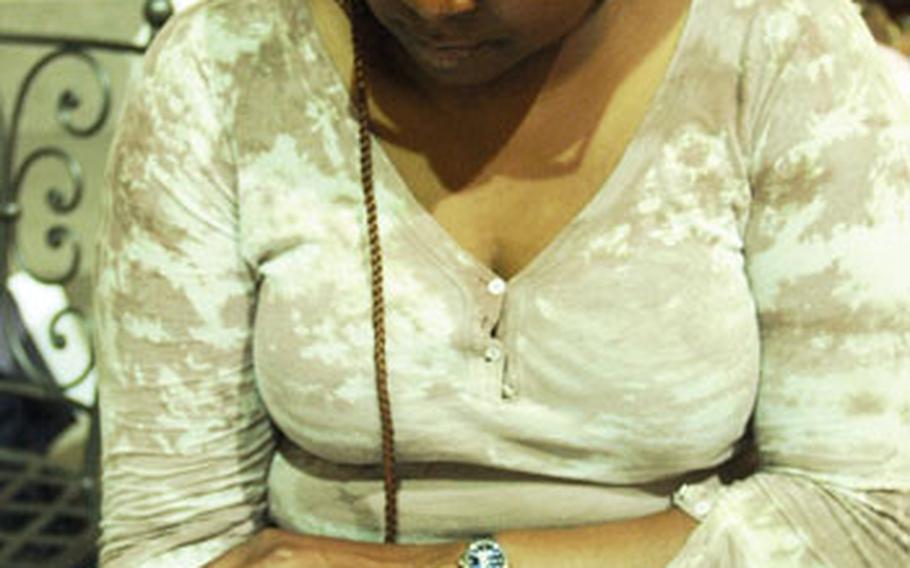 Karen Hoffman goes over some of the music for her part in the upcoming production of "Aida," which will take the stage at the Naples Elementary School multipurpose room beginning April 17. (Sandra Jontz/S&S)

NAPLES &#8212; Victor Souffrant wants to boost the arts in Naples. Well, at the military base, at least.

Years ago, the U.S. Navy base offered more community-based productions that let military members and their families become artistically involved in the community.

"I&#8217;m hoping this brings a splash, no a tidal wave, in helping expand the performing arts," Souffrant said of this spring&#8217;s coming of the modern adaptation of "Aida."

"And what better way to start than with our youth." When it hits the stage, all three lead female vocalists will hail from the high school, he said.

Elton John and Tim Rice&#8217;s musical "Aida" is a timeless love story and a modern adaptation related to Giuseppe Verdi&#8217;s classical opera by the same name. But with pop music and spoken dialogue, this version is anything but opera, and tells an epic love triangle tale between Aida, a Nubian princess stolen from her country, Amneris, an Egyptian princess, and Radames, the soldier they both love.

The story touches on loyalty, betrayal and ultimately, a love that no tyranny can destroy.

"It&#8217;s a story that teaches you to love yourself, love your country, love your neighbor and be true to yourself," said producer Souffrant.

"We just moved here in January from San Diego and [the production] really was a way to get out of the Navy Lodge," she said, referring to the base hotel that served as temporary lodging. "It was a good chance to meet people and make friends. And I&#8217;ve found a baby sitter."

Morgan happened to accompany mom for auditions, started dancing, and producers cast her, too.

"I dance and I do fashion," said the 4-year-old informed of her part in the upcoming play.

The Naples Community Theatre&#8217;s upcoming production of the romantic musical "Aida" is set for several dates in April at the Naples Elementary School multipurpose room.