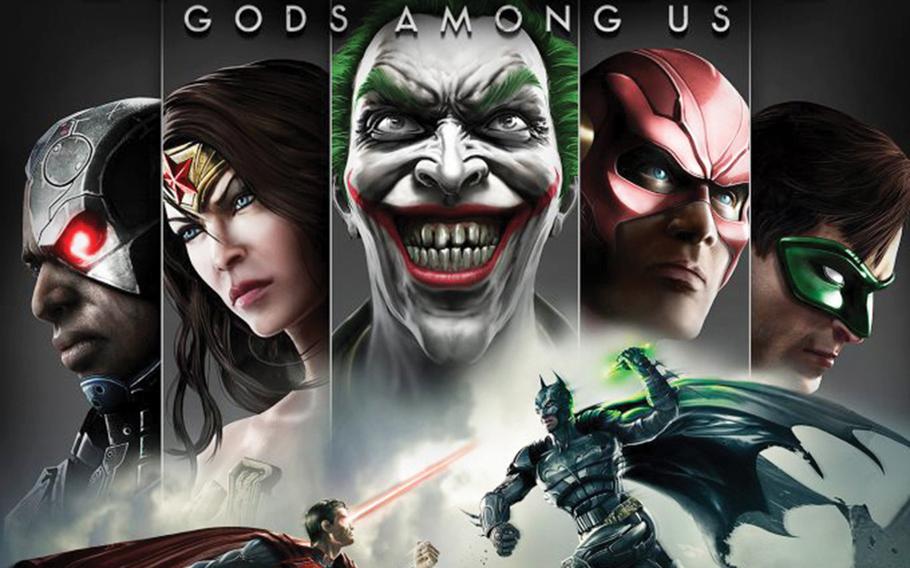 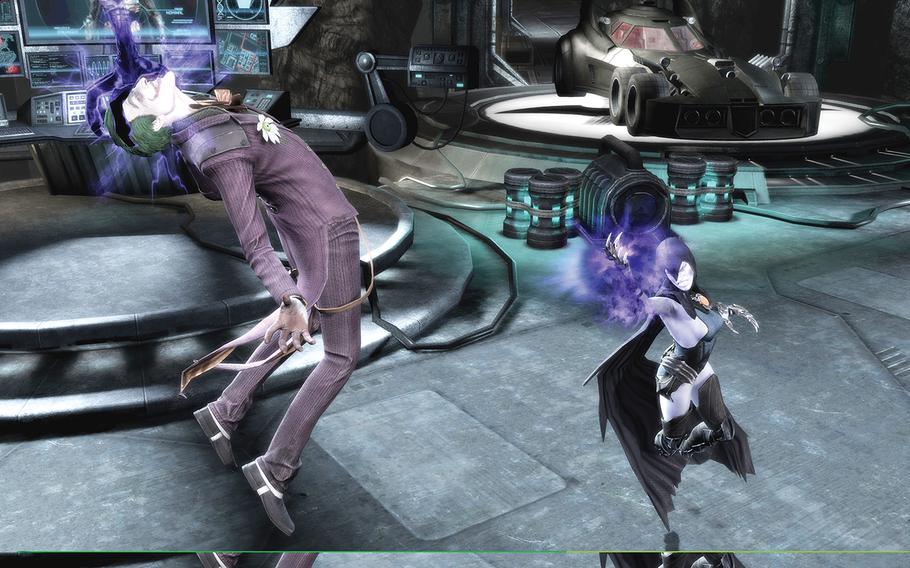 Raven sends the Joker flying in a match from the new fighting game “Injustice: Gods Among Us.” (Courtesy of Warner Bros.) 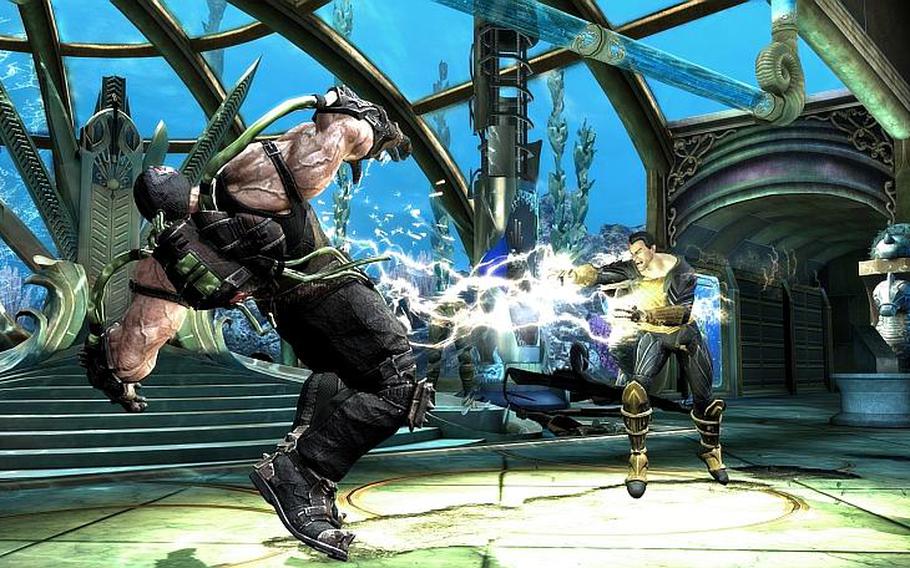 The game's fighting controls are smooth, relying on button combinations to deliver a variety of light, heavy and super-powered attacks. (Courtesy of Warner Bros.)

“Injustice: Gods Among Us” provides entertainment that goes beyond simple button-mashing.

The one-on-one fighting game from Warner Bros. Games features 12 of DC Comics’ heroic powerhouses and 12 of DC’s most maniacal villains. Gamers can play competitively online or on split-screen or battle their way through the storyline.

The storyline is surprisingly impressive. When the “storyline” option appears on the start screen of a typical fighting game, it is unlikely to generate much interest. After all, the whole point of a fighting game is to fight, not watch a narrative unfold. However, “Injustice” starts the player out with an intense opening cut scene.

In the opening cinematic, the gamer is informed that a nuclear bomb has just blown up Superman’s beloved city of Metropolis. The Joker is seen in an interrogation room where Batman is asking him questions.

During the interrogation, Superman smashes through the wall, grabs the Joker and pins him to a wall. Unfazed by the show of force — and the knowledge that DC heroes do not kill villains — Joker starts to taunt Superman about the death of Lois Lane and his son. This taunting pushes Superman over the edge and the screen blacks out, followed by the sound of tearing flesh and a pained moan from the Joker.

With the implied death of the Joker, a single word appears on the blackened screen: “ELSEWHERE,” which informs the gamer that these events took place in an alternate universe.

The setting changes to a similar bomb scenario, but before Joker can detonate the bomb, our heroes and the Joker are teleported to the alternate world, where they have to battle in a Metropolis that has been rebuilt and taken over by an evil Superman.

The story unfolds from there and remains enthralling.

Beyond the storyline, “Injustice: Gods Among Us” is a fantastic game. The fighting controls are smooth, relying on button combinations to deliver a variety of light, heavy and super-powered attacks. Gamers will discover that it becomes more fun as their skills develop, but even novice players will find the fighting pretty fair.

Players can use interactive objects to turn the tide of the battle. For example, at Wayne Manor, players can ride a motorcycle over their opponent or smash him or her into a car parked outside the house. The animations for these interactions vary depending on the stature of the characters involved. Smaller characters will smash opponents into the car’s hood while the larger, more muscular characters, like Superman, Bane and Doomsday, will simply pick the car up and smash an opponent.

To spice up the gameplay and set it apart from other fighting games, like “Tekken” and “Street Fighter,” “Injustice” allows players to smash through an arena’s boundaries and take the fighting to multiple tiers. The player can activate a transition by pushing his opponent to the correct side of the fighting arena and then unleashing a heavy attack. A quick cut scene will show the opponent getting pummeled relentlessly. The opponent will lose health and momentum as he or she is smashed by a wrecking ball on Gotham City’s rooftops, injected with Scarecrow’s hallucinogens in Arkham Prison, or suffer some other wild fate.

The game avoids some of the pitfalls of other fighting games. For example, there are very few occasions where one character can pin his opponent in a corner for an unfair victory.

Bottom line: The gameplay is smooth and the storyline is enthralling. Even if the DC universe is not your favorite, “Injustice” is worth getting immersed in.