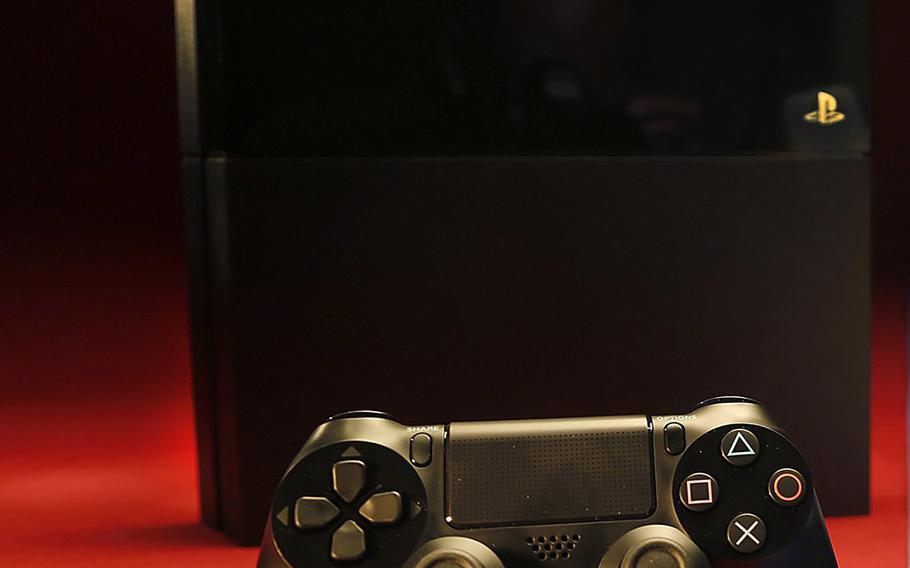 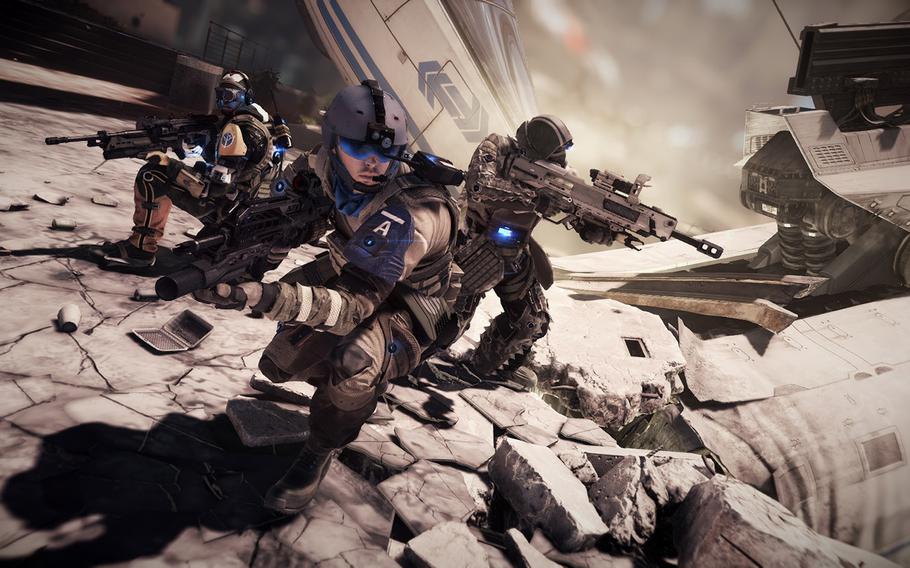 One of the big PS4 exclusives is “Killzone Shadow Fall,” the latest in a string of second-tier sci-fi shooters. (Courtesy image) 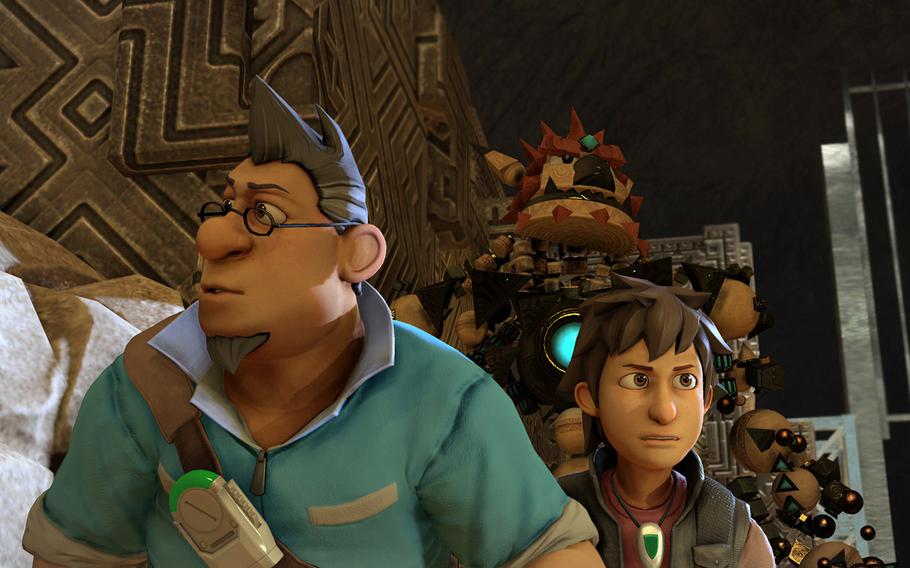 The battle for console supremacy got off to an impressive start as Sony sold more than a million PlayStation 4s during the first 24 hours the angular black box was available.

For their $399, those million gamers received a robust console designed specifically for them. Sure you can connect to your Netflix account, browse the Internet or pop in a Blu-Ray disc, but those are just sidelights. The PS4 focuses squarely on video games — unlike its rival, Microsoft’s Xbox One, which aims to be the king of the living room, channeling and delivering all sorts of electronic entertainment.

The console boasts 10 times the processing power of the PS3 and can deliver graphics at a resolution of 1080p at 60 frames per second.

In comparing the graphics of PS4 games to those of the previous generation, it’s easy to see improvements in facial renderings, the sense of depth and the degrees of detail and texture. However, the leap isn’t nearly as great as it was from the PlayStation 2 to the PlayStation 3, which joined the Xbox 360 in introducing high-definition gaming seven years ago. In fact, I’d say that some of the later PS3 games — “The Last of Us” and “Beyond: Two Souls” — were almost as impressive as most of the games I’ve seen on the new console.

The console’s power makes it very fast. You can power up and be playing a game in less than a minute — if you’ve already loaded and updated the software. As in the past, you’ll still need to wait for games to load data onto the hard drive the first time you play.

This power also permits new gameplay opportunities. The best example among the games currently available is the ability to engage in huge 64-player battles in the shooter “Battlefield 4.” It’s exciting — and surprisingly not overwhelming — to engage in such large battles.

The on-screen interface is streamlined compared to the PS3’s. You can slide down the main menu bar and drop into submenus to find your app, function or game with ease. And with the increased processing power, everything opens very quickly.

The latest version of the Sixaxis controller also offers some improvements over its PS3 ancestor. The shape of the unit and the position of the triggers, buttons and joystick are all much more satisfying. I’ve always been a big fan of the Xbox controller became I found the positioning of the PlayStation triggers and “bumpers” to be very awkward. That has been rectified to a large degree.

The controller also adds a touch pad between the joysticks and a “share” button. In many games, the touch pad replaces the “select” button that often provides access to menus and maps. It also supports drag-and-drop and flicking motions. The “share” button lets you share game experiences with others. You can save and share screenshots and gameplay footage, or you can stream live in-game action. And you can watch countless others play out their digital fantasies.

Another innovation is the ability to play full-blown console games on the handheld PlayStation Vita. You can connect the Vita to the PS4 via WiFi, flip the input to watch a movie on your TV and continue your game on the Vita. The only downside is that text can appear pretty small on the Vita screen.

Some gamers have been hit by a series of early technical glitches, such as network problems, system failures — known as the “blue line of death” — and games that failed to run. The problems appear to have been limited and are being addressed by Sony. A few days after launch, The Washington Post reported that about 1 percent of the new console had been affected by serious problems.

I’ve had my own experience with games failing to load or shutting down.

My biggest problem was with “Assassin’s Creed 4: Black Flag,” which failed to launch the single-player campaign. When I checked Sony’s online support message board, I discovered page-after-page of complaints about that specific error. Many of the complaints concerned downloadable versions of the shooters “Battlefield 4” and “Call of Duty: Ghosts.” Commenters offered a few suggestions for temporary fixes, such as downloading the game again. I tried that with “Assassin’s Creed” and was able to get through the first mission before encountering the error again. It seems that my only option is to wait for Sony or Ubisoft to issue a patch to fix the situation.

The same error popped up when I first tried to play the massive multiplayer role-playing game “DC Universe.” And it appeared again at the end of online matches in “Battlefield 4.” I downloaded “DC Universe” again and the problem seems to be resolved. The “Battlefield 4” problem still pops up, but it isn’t a major concern since it doesn’t affect my save file for the game.

As long as you don’t suffer a technical problem, the only drawback to the PS4 is the relatively lackluster selection of exclusive games. Most of the hottest games of the season — “Battlefield,” “Call of Duty” and “Assassin’s Creed” — are available on the PS4, but they are also on the Xbox One and the previous generation’s consoles. The big PS4 exclusives are the “Killzone Shadow Fall,” the latest in a string of second-tier sci-fi shooters; “Knack,” a new adventure franchise involving a morphing robotic creation; and “DriveClub,” a new team-based driving franchise. These look anemic compared to the Xbox One’s incredible zombiefest “Dead Rising 3,” the latest in the well-regarded “Forza Motorsport” racing franchise and the thrilling Roman adventure “Ryse: Son of Rome.”

And launch titles are crucial since neither of these consoles will play games designed for their predecessors.

PS4 does have one major advantage over Xbox One: It costs $100 less.

This savings is likely to be eaten up, though, by the need to pay the $50 annual fee for PlayStation Plus if you want you engage in online competition.

Overall, the PS4 offers plenty of powerful tools and nifty innovations. And, while the software offerings aren’t exceptional, the possibilities are very exciting.