Get the steak at Don Quijote in Grafenwoehr, Germany 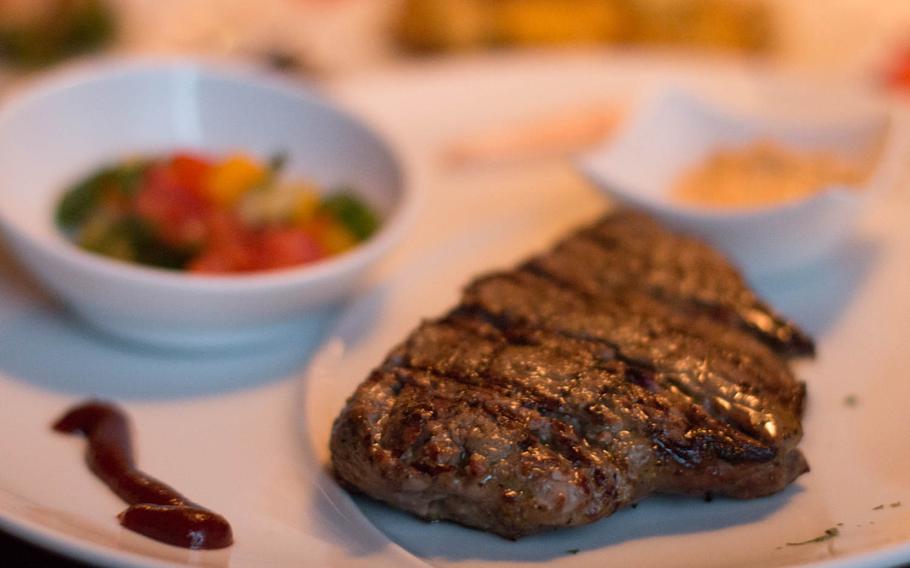 The presentation of dishes at Don Quijote in Grafenwoehr, Germany, is a bit outside the norm, as every part of the meal comes on its own separate plate. This 8-ounce filet was cooked exactly to order and was flavorful enough that fancy sauces simply weren't necessary. (Michael S. Darnell/Stars and Stripes)

The presentation of dishes at Don Quijote in Grafenwoehr, Germany, is a bit outside the norm, as every part of the meal comes on its own separate plate. This 8-ounce filet was cooked exactly to order and was flavorful enough that fancy sauces simply weren't necessary. (Michael S. Darnell/Stars and Stripes) 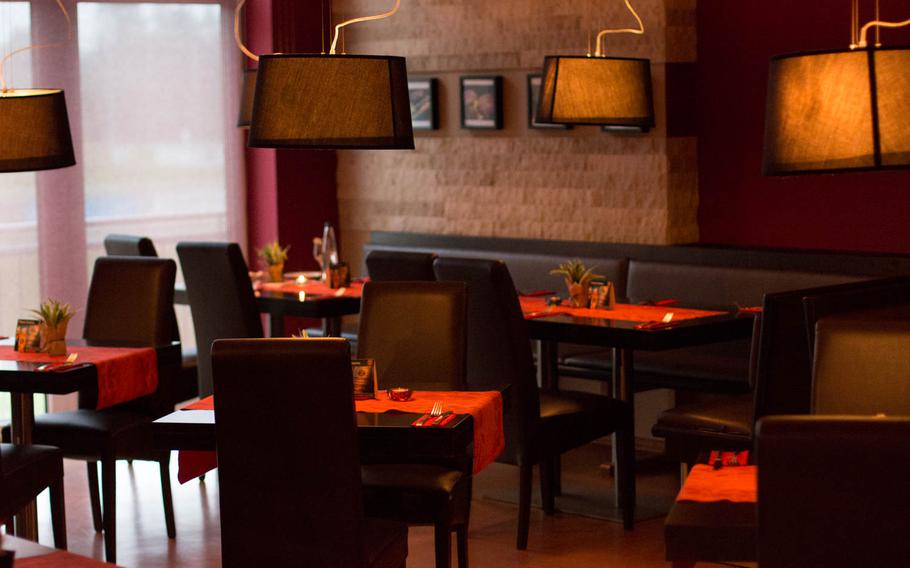 One side of Don Quijote is a warm, inviting dining area perfect for dinner dates and friendly gatherings. On the other side of a dividing wall is more of a sports pub atmosphere. (Michael S. Darnell/Stars and Stripes) 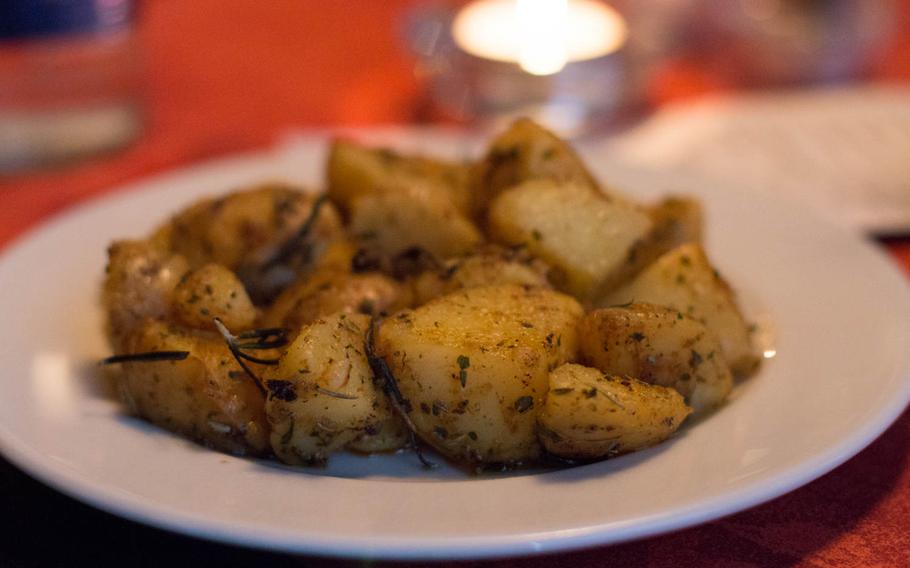 Side dishes like these rosemary roasted potatoes are ordered separately from the main course at Don Quijote. The price tends to add up quickly this way, but every side dish sampled was freshly prepared and tasty. (Michael S. Darnell/Stars and Stripes) 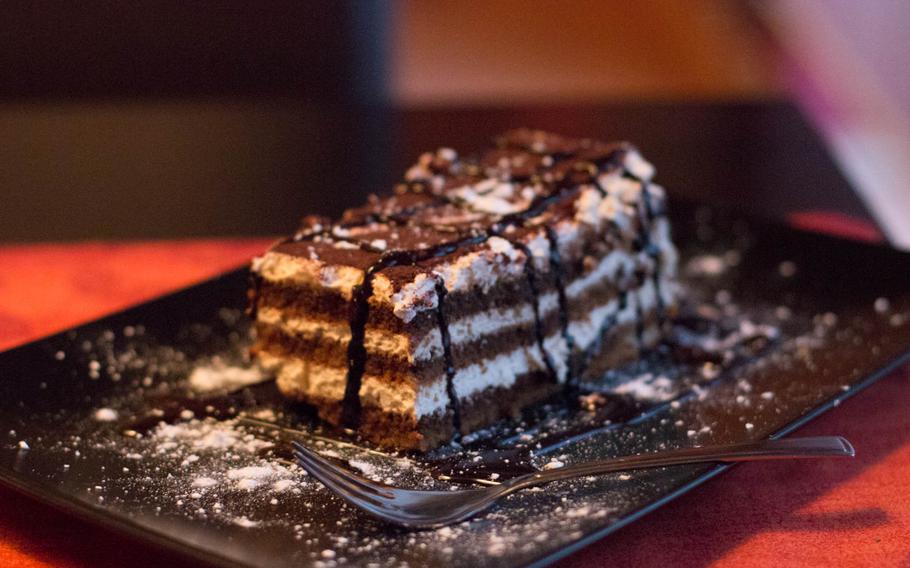 Desserts at Don Quijoteare made in house. This tiramisu was large enough for two people to share. (Michael S. Darnell/Stars and Stripes) 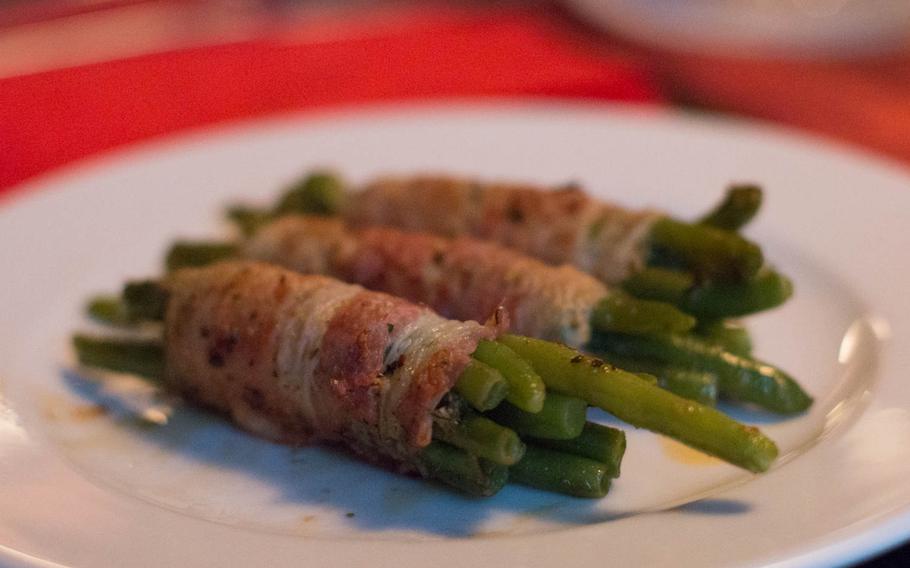 At Don Quijote in Grafenwoehr, Germany, even the vegetables come with a side of bacon. (Michael S. Darnell/Stars and Stripes) 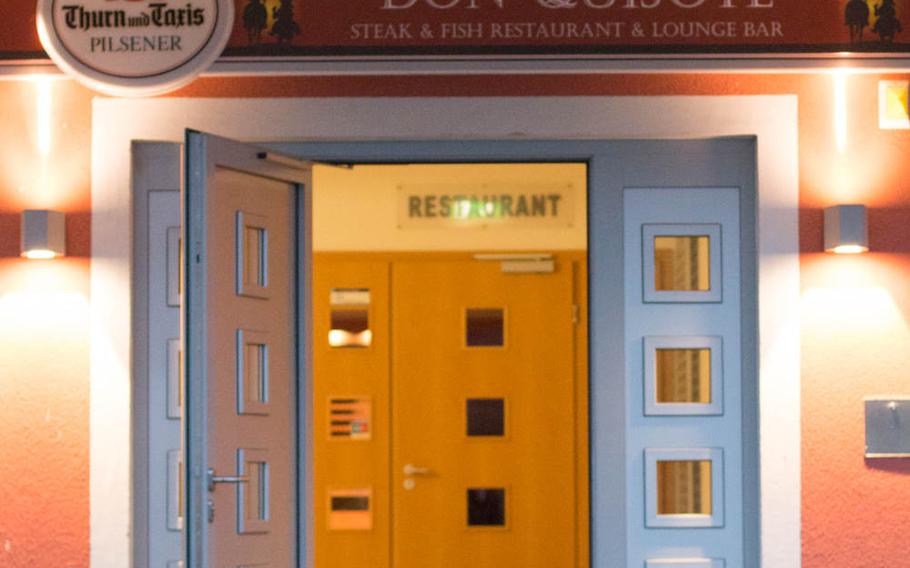 Don Quijote in Grafenwoehr, Germany, located close to one of the main gates of the Grafenwoehr training facility, is both a steak house and sports bar. (Michael S. Darnell/Stars and Stripes)

Some foods are just better than others by default.

A nice, crispy piece of bacon will always taste better than, say, a salad. Some foods, though, are better not because they are inherently delicious, but because those who prepare them clearly care more about them.

Take for instance the dichotomy between two dishes at the new Don Quijote steakhouse in Grafenwoehr, Germany. On one hand, we have the traditional American hamburger. On the other, a filet mignon. Now, comparing the two might seem like folly, but bear with me.

On my first visit to the newly opened restaurant, I tried the basic hamburger. It wasn’t exactly a great experience. The meat was lukewarm, the vegetables tepid and the bun disintegrated in my hands. I would not recommend it.

But that’s just one menu item at a new restaurant that is still finding its groove. I don’t expect perfection, so I decided to give it another try, this time sampling the 8-ounce filet. I’m glad I did.

The steak was just about perfect — grilled, seasoned well and trimmed of all offending gristle. The difference between my two experiences was massive. It might as well have been two different restaurants.

Clearly, at Don Quijote, the steak reigns supreme. As it probably should; it is a steakhouse.

Most of the rest of the menu seems quite solid, though.

Some of the appetizers are freshly prepared; others are more typical bar fare for the adjacent sports bar, a great spot to grab a beer, dig into a plate of chicken wings and let loose.

Don Quijote also serves the usual German favorites and has a selection of seafood, including a lobster that was just a bit too expensive for my blood. The lamb comes highly recommended.

The owner is very friendly to Americans and the restaurant offers menus in English and German.

There is a varied dessert selection and a cocktail list to round out the menu. The desserts are all made in house and the portions are very, very generous. The bartender makes a mean Mai Tai, by the way.

Despite my one bad experience — and it’s worth noting the other person in my party loved the meal — it’s a restaurant I look forward to revisiting.

The location is fairly close to the Grafenwoehr training facility, adjacent to the sports park outside one of the main gates. That, coupled with the warm, cozy atmosphere, makes this an ideal dinner date location for troops coming through the area.

I’ll definitely be returning to Don Quijote. It’s the perfect place to grab a drink and enjoy a nice steak. Just give the hamburger a pass.

Location: Am Waldbad 4, in Grafenwoehr, Germany. There is a large parking lot adjacent to the restaurant.

Prices: Appetizers range from 5 to 8 euros, with main courses starting at 5 and ending at 28 euros. There is a kids menu with a few items at around 5 euros each.

Menu: Available in German and English.