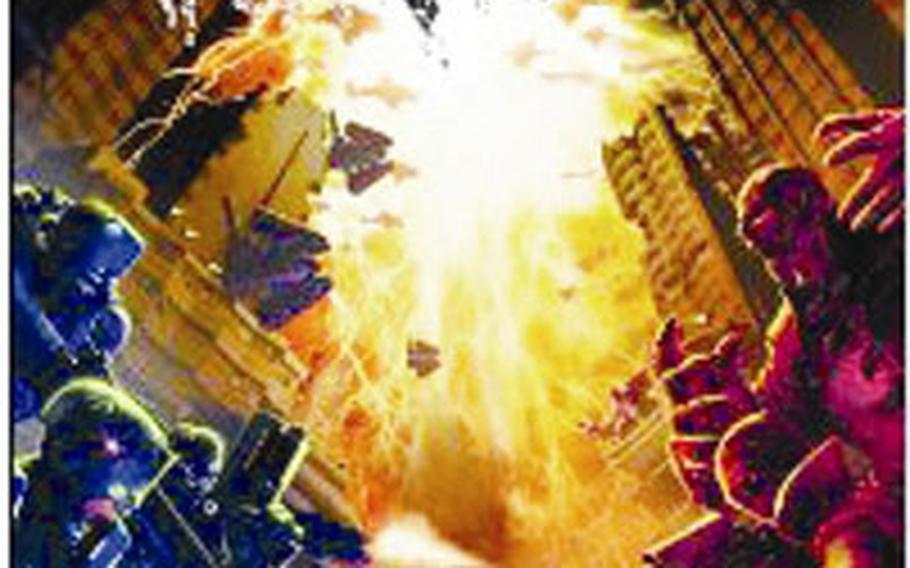 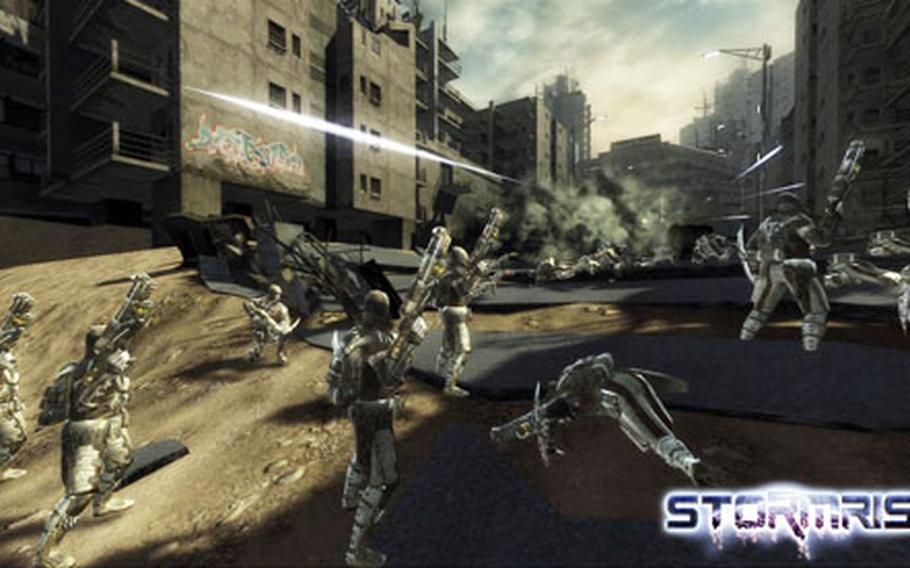 The battles in “Stormrise” look cool, but getting your units to the front requires some fancy stick-handling skills. (Sega)

The real-time strategy game from Sega offers an interesting story, good graphics, cool units and a great third-person-style view. However, it also offers "the whip" &#8212; a new style of control that left me feeling frustrated and very disappointed.

The M-rated game was developed by The Creative Assembly, the folks who also gave us the popular "Total War" series. It&#8217;s set in the distant future, following an environmental meltdown that sent some segments of the population scurrying underground into cryogenic hibernation and left others to fend for themselves on the surface. When the Echelon awoke from their sleep, they found that the Sai had adapted and learned to use the mysterious energy that had been unleashed by the cataclysm. The Echelon relies on technology while the Sai rely on unusual powers and mutant monsters.

Traditional strategy games offer a top-down view of the world. Whether playing on a console or PC, you select units with a cursor and then issue your orders.

However, "Stormrise" uses "the whip." In this system, you&#8217;re positioned just above and behind a specific unit. You can issue commands to that unit or switch to another. In the Xbox 360 version, this involves rotating the right stick so that a beam of light points to a specific unit or group of units. When you release the stick, you&#8217;re repositioned just above and behind that unit.

The system works pretty well when you&#8217;re controlling a handful of units. However, once you get more than six or seven units or groups, they tend to bunch up along that beam of light. It then becomes difficult to select the unit you actually want &#8212; especially if you&#8217;re under fire. You can waste precious time bouncing back and forth before you find the right unit.

You also can use a three-dimensional map to select units, but that requires using the D-pad to navigate through groups of icons that all look too similar.

Aside from the control issue, the game actually has a lot to offer.

The same third-person view that makes control difficult is enthralling from a visual standpoint. You feel immersed in the action and in the richly detailed post-apocalyptic landscape. The units look good, too, whether they&#8217;re standard-issue infantry or gigantic rift worms or energy-wielding sirens.

Unlike some other RTS games, "Stormrise" doesn&#8217;t force you to build and maintain bases. All you have to do is capture and upgrade control nodes that allow you to collect warp energy.

In the campaign, you play as a commander who has awakened to find the conflict raging around you at full tilt. The story line, missions and challenges are pretty interesting &#8212; though the dialogue is a bit cheesy at times.

You can also engage in skirmishes against up to seven artificial-intelligence opponents or battle human opponents online.

As much as I enjoyed some elements, I couldn&#8217;t get past the control scheme. Although an interesting concept, the whip would have worked much more effectively if the scale of the battles had been kept small &#8212; say, a max of 10 units on each side.