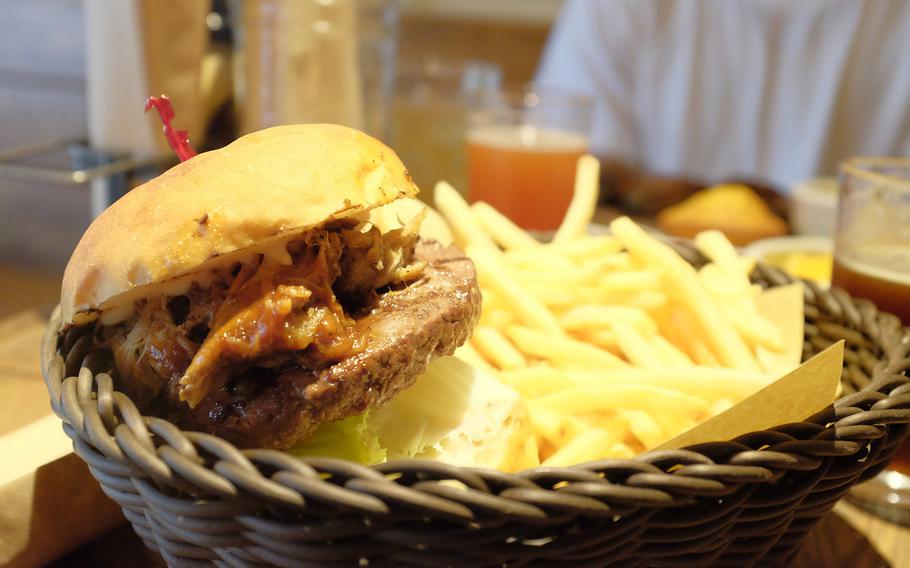 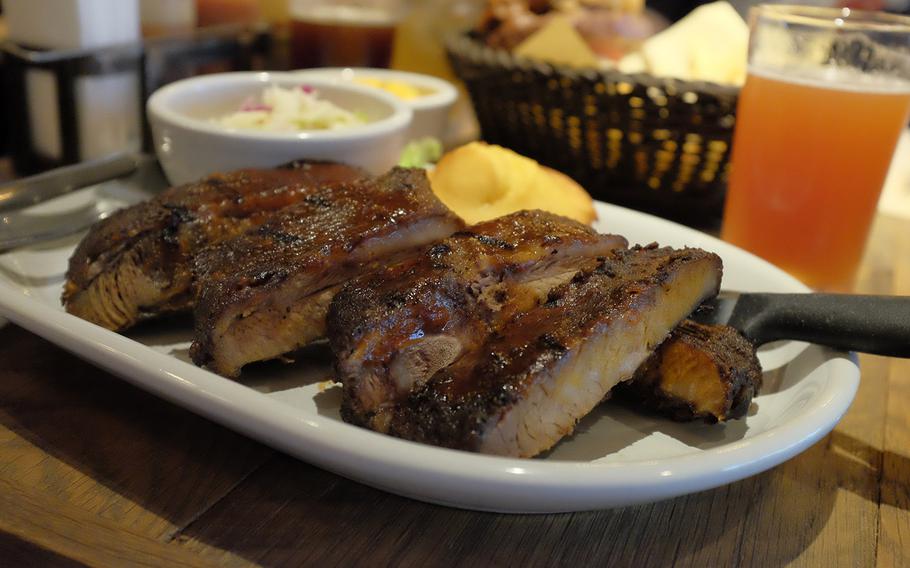 Yakiniku — Japanese barbecue — is literally a world away from its American counterpart.

Everything is different, from the grilling surface — a small, indoor tabletop grill as opposed to an outdoor, propane-fueled fire-breather — down to the cuts of meat, the large cuts of beef traditionally used in American barbecue eschewed in favor of thin slices that cook in minutes.

Japanese barbecue restaurants pepper Tokyo streets at a density only rivaled by convenience stores and hostess clubs. American barbecue is conspicuous only for its near absence.

Smokehouse, powered by the folks at Tysons and Company, fills that void quite nicely.

Located on Cat Street midway between Shibuya and Harajuku stations, Smokehouse produces what might the best American-style barbecue in the district.

Seated next to a ritzy denim store and perched above a popular coffee shop, Smokehouse’s wooden interior is warmly lit and spacious, naturally backlit during the day by the large windows in the back.

The percussive clatter of knives hitting cutting boards dances out of the open-air kitchen all day long, sometimes drowning out the American rock jams being pumped through the speaker system.

The strong smells of searing beef, pork and chicken hit the nose before you even set foot inside. The ventilation system does a fine job of keeping the smoke to practically unnoticeable levels, but the scents somehow escape unhindered.

Barbecue itself isn’t a new concept, nor is it indigenous to one particular place on the globe. While the word barbecue — from the West Indian word barbacoa, meaning to cook cuts of meat over an open flame — has roots that are relatively traceable, the style of cooking is a bit harder to pin down.

Pit barbecue is generally attributed to the Polynesians, but short of that, it’s a bit tough to find the origin, as people have been setting things on fire for a long time.

Most of the major American styles — Memphis, North Carolina, South Carolina, Texas and Alabama — are represented here, with South Carolina’s mustard- and brown sugar-based grub the only glaring omission from the dinner menu.

The ribs, prepared Kansas-style, are nothing short of amazing and should be the first thing you aim for. Cooked low and slow over hickory, the juicy meat falls right off of the bone. The molasses- and tomato-based sauce retains its infamously sticky nature; avoid it only if you’re wearing white and are prone to accidents.

Sandwiches, particularly the pulled pork, are also stellar picks. Served on a warm bun, the pork arrives at your table dressed in a tangy, North Carolina-style vinegar sauce, but Smokehouse also provides six other sauces to throw on as you please. The buns are also available sans gluten if that’s a dietary concern.

The bar has gallons of American whiskey to pick from, Kentucky bourbon being most prominent on the menu, as well as guest brews from around Japan and a good assortment of T.Y. Harbor’s craft brew. The Imperial Stout, weighing in at 6 percent alcohol by volume, is rich and caramel-flavored, a great beer to pair with any of the barbecue choices.

The staff is bilingual, and the menus are printed in both English and Japanese, so ordering is a breeze.

Smokehouse is a must-try for any true fan of the art of grilling.