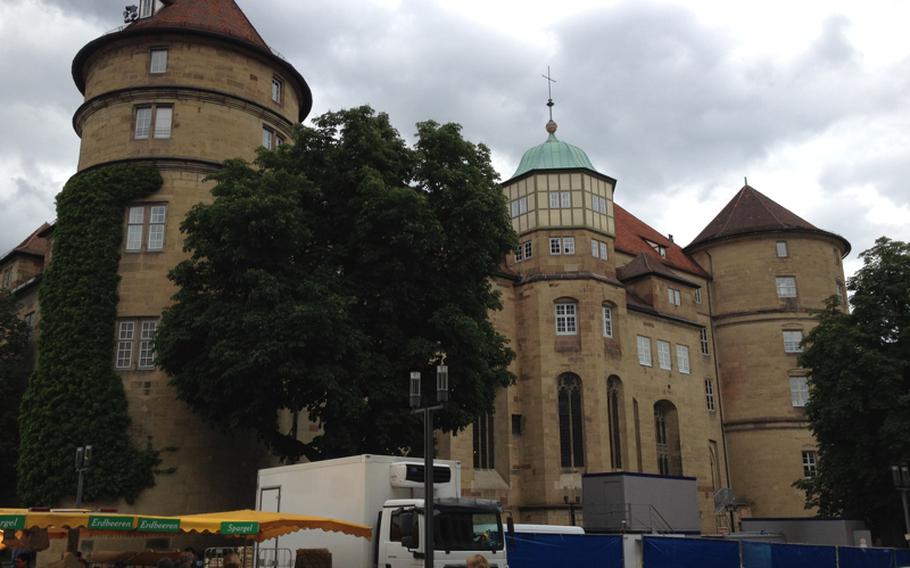 The Landesmuseum Württemberg in Stuttgart, Germany, is located in Old Castle, the former home of Württemberg’s rulers. The castle has been a museum for 150 years. (David Rogers/Stars and Stripes)

The Landesmuseum Württemberg in Stuttgart, Germany, is located in Old Castle, the former home of Württemberg’s rulers. The castle has been a museum for 150 years. (David Rogers/Stars and Stripes) 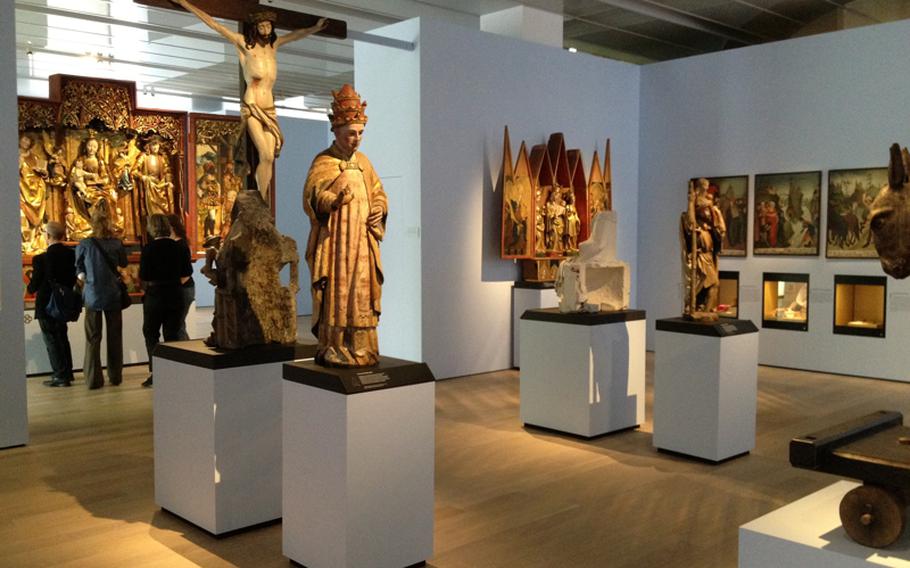 One section of the Landesmuseum Württemberg in Stuttgart, Germany, focuses on the spread of Christianity in the Roman Empire. (David Rogers/Stars and Stripes) 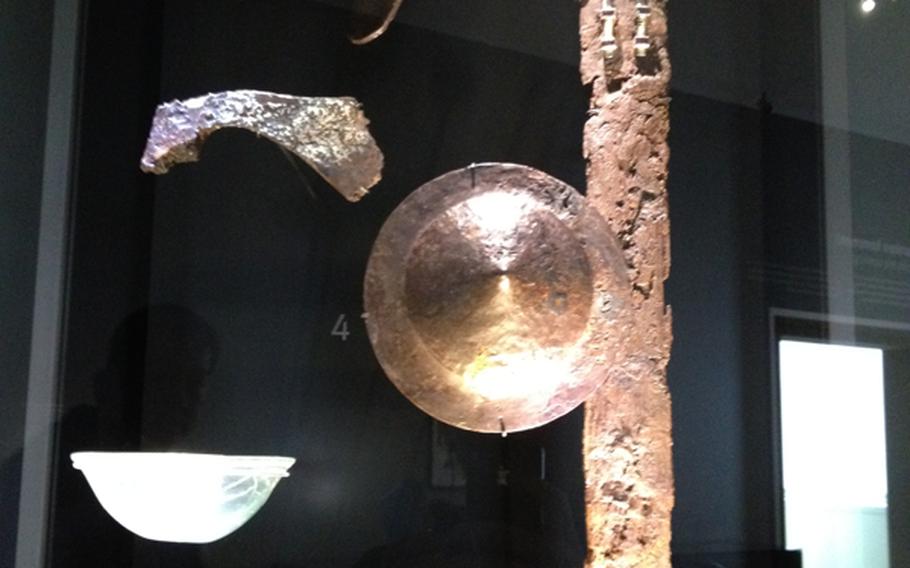 One collection of armor and equipment in the Landesmuseum Württemberg in Stuttgart, Germany, is thought to have belonged to a mercenary of the Byzantine army. (David Rogers/Stars and Stripes) 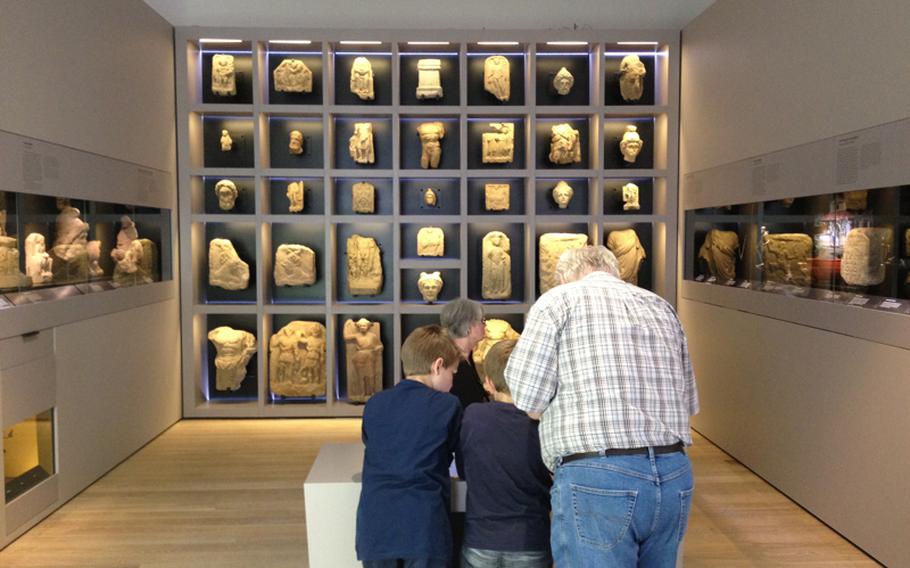 Visitors to Landesmuseum Württemberg in Stuttgart, Germany, look over artifacts in a section of the museum about early religions of the Roman Empire on June 6. (David Rogers/Stars and Stripes) 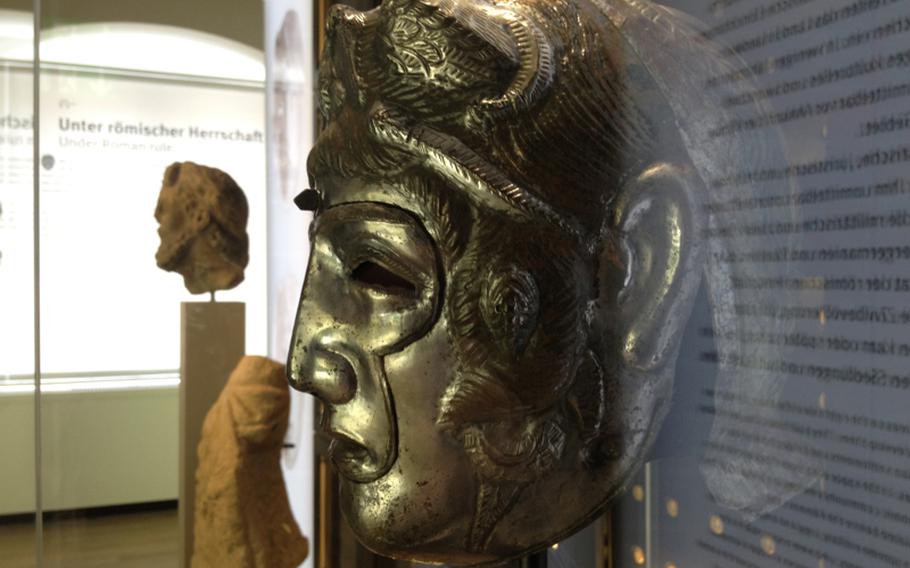 A silver-plated bronze helmet worn by a Roman cavalry soldier as part of his parade armor in the late second or early third century is displayed at the Landesmuseum Württemberg in downtown Stuttgart, Germany, on June 6, 2012. (David Rogers/Stars and Stripes)

Artifacts housed inside the red-roofed, brick building of the Old Castle in downtown Stuttgart, Germany, weave a fascinating tale of the history of W&uuml;rttemberg in southern Germany &mdash; from various time periods that include the Stone Age, the rule of the Roman Empire and W&uuml;rttemberg&rsquo;s independence as a kingdom after the dissolution of the Roman Empire.

Though commonly referred to simply as Old Castle, the edifice, once home to rulers of the area, now serves as the Landesmuseum W&uuml;rttemberg &mdash; or W&uuml;rttemberg State Museum. It is the predominant museum for displaying W&uuml;rttemberg regional history and folklore of the land that is now part of the German state of Baden-W&uuml;rttemberg.

Visitors begin their tour through the ages by viewing artifacts such as ancient pottery, carvings and weaponry, all relating to the origins of humanity. The tour then transitions to the spread and dominance of the Roman Empire in the W&uuml;rttemberg region. The displays recount historical stories of how the Romans accepted and worshipped gods from many cultures.

Stroll further through the exhibits and you&rsquo;ll discover how Christianity spread in the region when Roman Emperor Theodosius I declared in the fourth century that Christianity would be the official religion. On display are paintings, statues and other early Catholic artworks. Other exhibits show the dissolution of the Roman Empire and artwork of the first kings of W&uuml;rttemberg, who ruled for the next 112 years.

With such a rich history, W&uuml;rttemberg had to have a museum to catalogue and record its relics and tell the region&rsquo;s story. Thanks to King Wilhelm I, it does. As the state collector of national antiquities, he founded the museum in 1862.

If there&rsquo;s one drawback to this giant house of history, it&rsquo;s the lack of English translations for the descriptions and names of all the artifacts on display. However, most of the accompanying audio guides that visitors receive for the museum tour have an English language option and some of the descriptions posted on walls that provide more details about the various collections are in English.

Still, English-speaking visitors will be able to comprehend most of what the 150-year-old museum has to offer about the origins of the culture in the southwest area of Germany.

For military personnel and families living around Stuttgart, the W&uuml;rttemberg State Museum is one delightful way to spend some free time learning and appreciating the history of the German state of which Stuttgart is the capital.

ON THE QTDirections: The museum is on the south side of the Schlossplatz, the center square in downtown Stuttgart. Multiple parking garages are in the area. A U-bahn stop and bus stop are also located in the Schlossplatz. Address is Schillerplatz 6, 70173 Stuttgart.

Costs: Admission to the permanent collection is 5.50 euros for adults, 3.50 euros for ages 13-18. Children 12 and younger get in free. The museum also features special exhibits year-round.