Cable cars offer a quick way up mountain near Freiburg 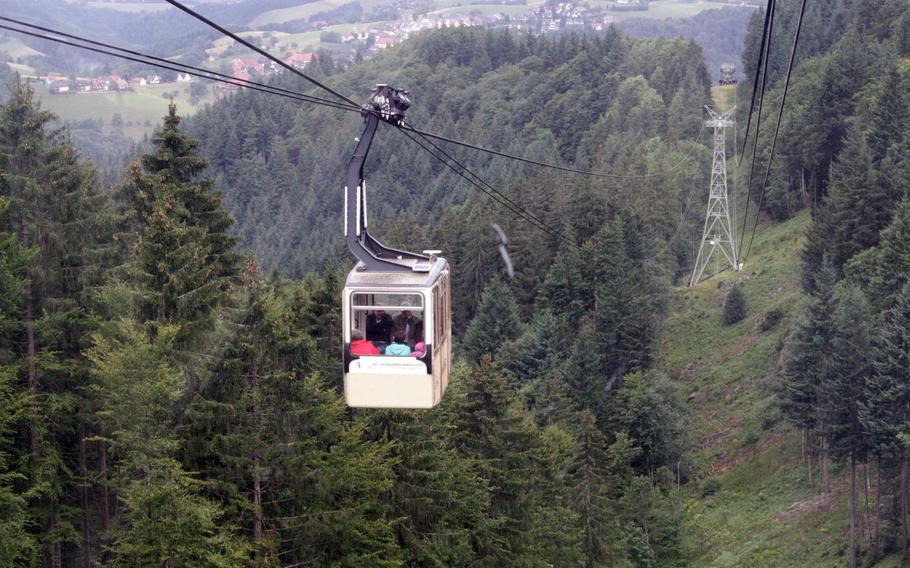 Cable cars have been in operation at Schauinsland mountain, about five miles from the city of Freiburg, Germany, since 1930. The cars can lift visitors to the top in about 10 minutes. A hike can take several hours. (John Vandiver/Stars and Stripes)

Cable cars have been in operation at Schauinsland mountain, about five miles from the city of Freiburg, Germany, since 1930. The cars can lift visitors to the top in about 10 minutes. A hike can take several hours. (John Vandiver/Stars and Stripes) 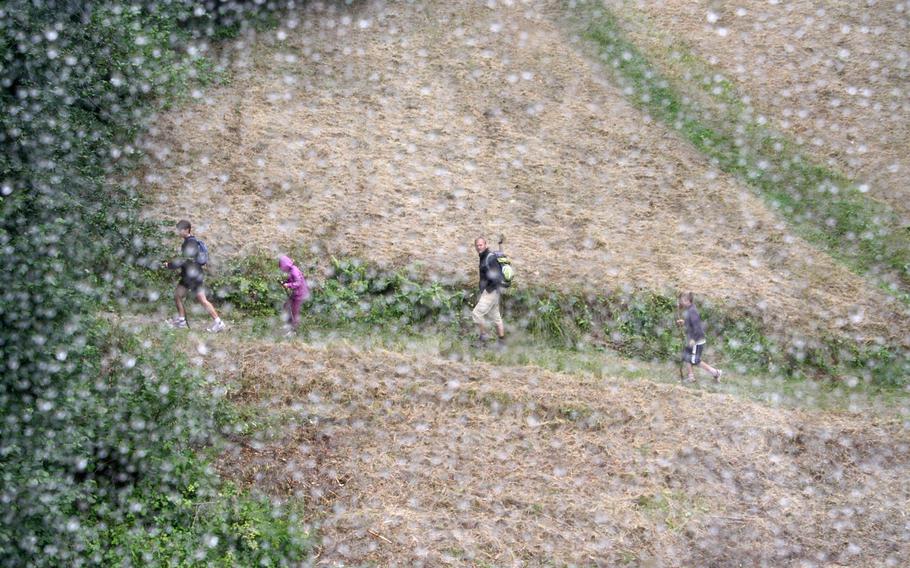 A family of hikers, seen from a cable car above, walks the trail up the Schauinsland mountain on a rainy August day in Germany's Black Forest . Visitors can either hike or take a cable car to the top of the 4,000-foot mountain. (John Vandiver/Stars and Stripes) On this overcast day, the view from the Schauinsland tower is somewhat hazy. But on clear days, the Swiss Alps can be seen in the distance from the top of the tower on the Schauinsland mountain, a 4,000-foot peak in the heart of Germany's Black Forest. (John Vandiver/Stars and Stripes) 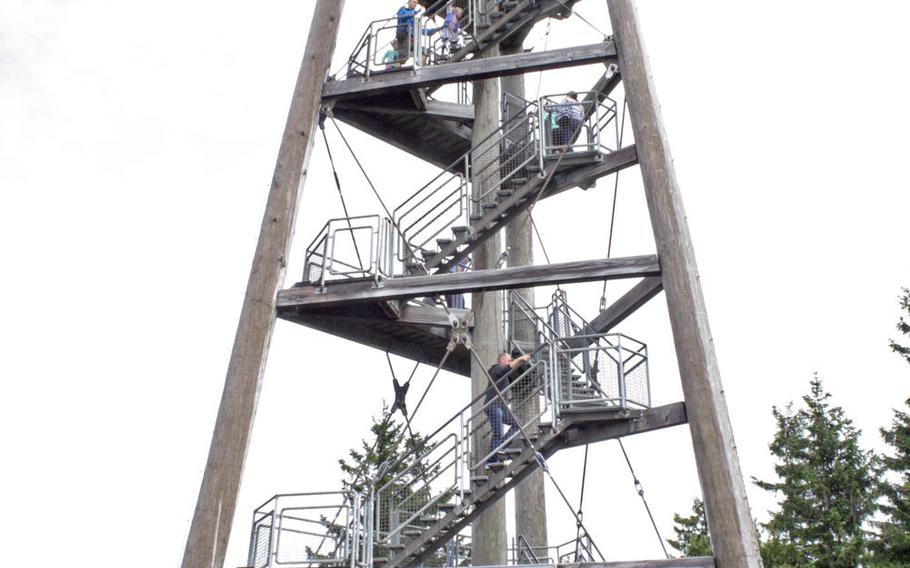 The Schauinsland tower, at the top of the Black Forest mountain of the same name, is a great lookout point to observe the surrounding German landscape. (John Vandiver/Stars and Stripes) On the lazy man’s way to the top of the second-highest peak in the Black Forest, I looked down on all the hikers with mild admiration.

Perched high in my comfy cable car, I watched as the people trudged along. There were single trekkers and entire families — even hikers with small children on their backs. They looked like snails from where I sat.

Their journey to the summit of the Schauinsland mountain near the small village of Horben, Germany, would be hours long, mine a mere 10 minutes.

Sure, they would reach the top with a sense of physical accomplishment, but my time-saving journey meant honoring an engineering achievement.

Schauinsland, a 4,000-foot mountain roughly six miles south of the city of Freiburg, features the longest running loop cable car in all of Germany. It runs along 11,000 feet of cable line. In one form or another, cable cars have been moving up and down this mountain since 1930, when the lift was first introduced as a quick and easy way to get in touch with nature.

In the late 1980s, the cable car system was renovated and today includes 37 cars that move in a continuous loop.

For those looking to get up the mountain the old-fashioned way, there are various walking trails that take you to the top in a steady but not too steep climb. Prepare to spend anywhere from two to four hours getting there. There are also guided tours and mountain bikes for rent.

But the cable car means more time to explore all the sites, including a museum about the history of mining in the area and the mountaintop trails that offer spectacular views. There also is a restaurant that offers a range of regional dishes, and from there as well, you can take in the scenery.

For the best view on the mountain, be sure to head for the 100-foot-high Schauinsland tower, where you can get a panoramic view of the Rhine Valley as well as the city of Freiburg.

For day-trippers, one benefit of taking the easy way up and down the mountain is that it leaves enough time and energy for an added side trip to downtown Freiburg, one of the more beautiful old towns in the region; it shouldn’t be missed.

Only about a 10-minute drive from the base of the mountain, Freiburg has restaurants, cafes and street musicians on nearly every picturesque street corner.

With lots to see and do, but so little time, the cable cars of Schauinsland are the way to go.