Bingen: Soaking up history along the Rhine 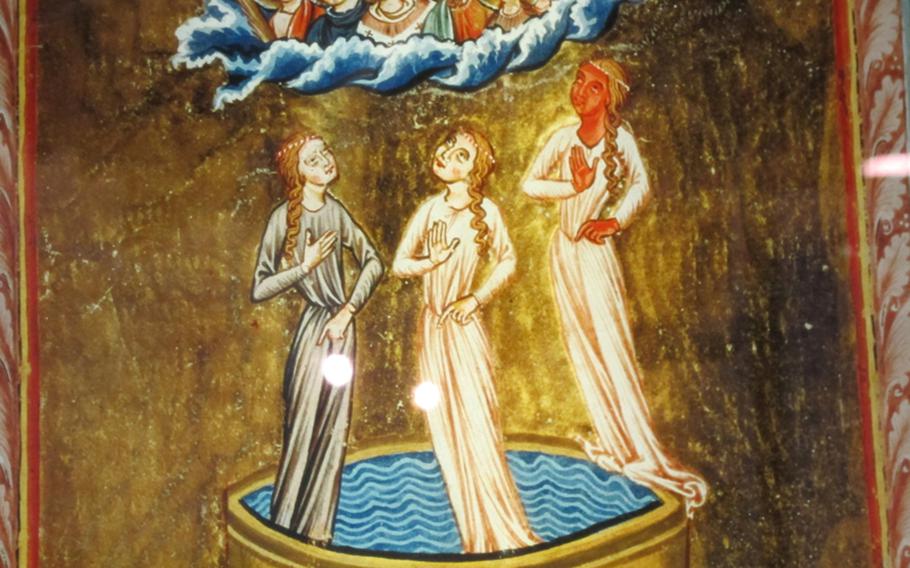 Buy Photo
"The Fountain of Life," one of the many illustrations in Hildegard of Bingen's illuminated works at a museum dedicated to the 12-century nun in Bingen, Germany. (Nancy Montgomery/Stars and Stripes)

Buy Photo
"The Fountain of Life," one of the many illustrations in Hildegard of Bingen's illuminated works at a museum dedicated to the 12-century nun in Bingen, Germany. (Nancy Montgomery/Stars and Stripes) 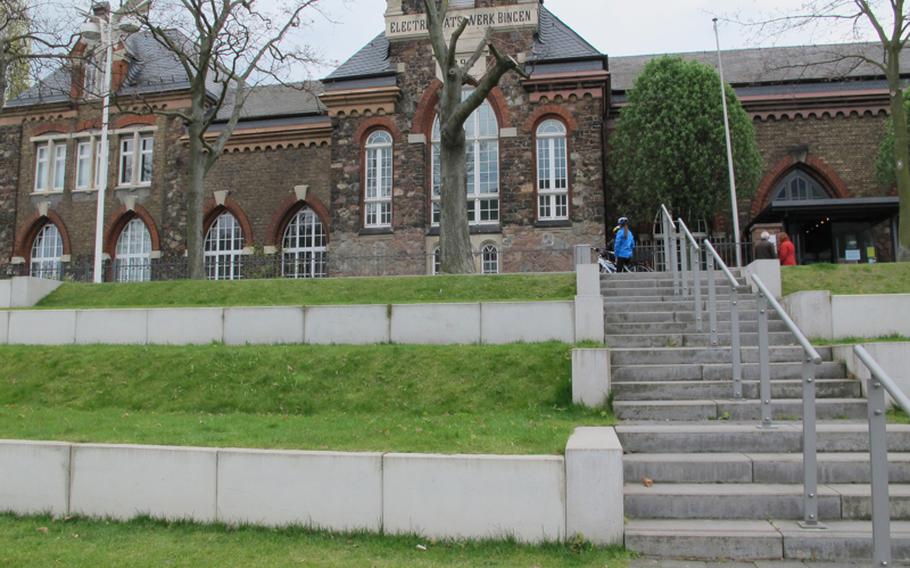 Buy Photo
The Hildegard museum is on the banks of the Rhine River in a 19th-century neo-Gothic building once hailed as a "temple of industry" in Bingen, Germany. The building used to be an electricity power station. (Nancy Montgomery/Stars and Stripes) 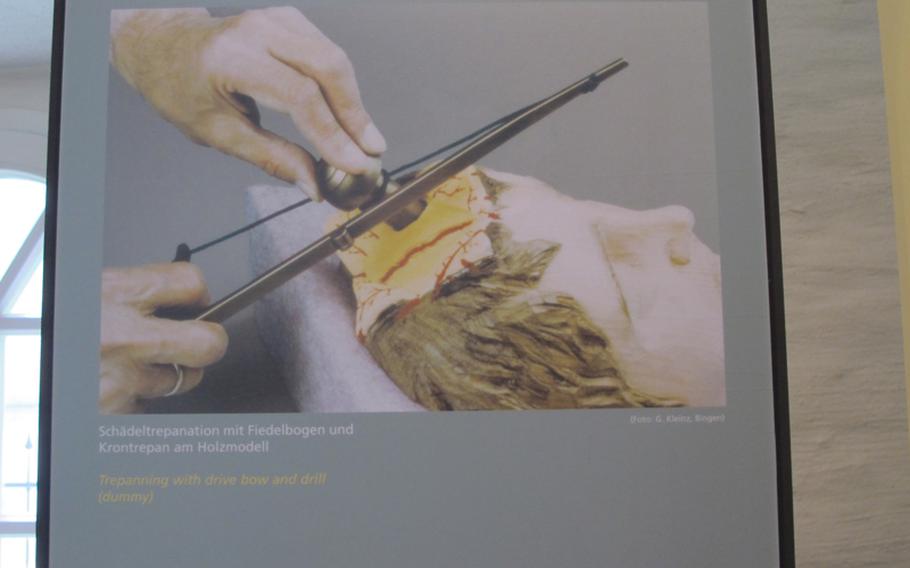 Buy Photo
The Hildegard museum features a small collection of pottery and artifacts from the Romans, who settled Bingen before the birth of Christ. Among the items are medical instruments used in ancient, anesthesia-free cranial surgery, as depicted in this museum poster. (Nancy Montgomery/Stars and Stripes) 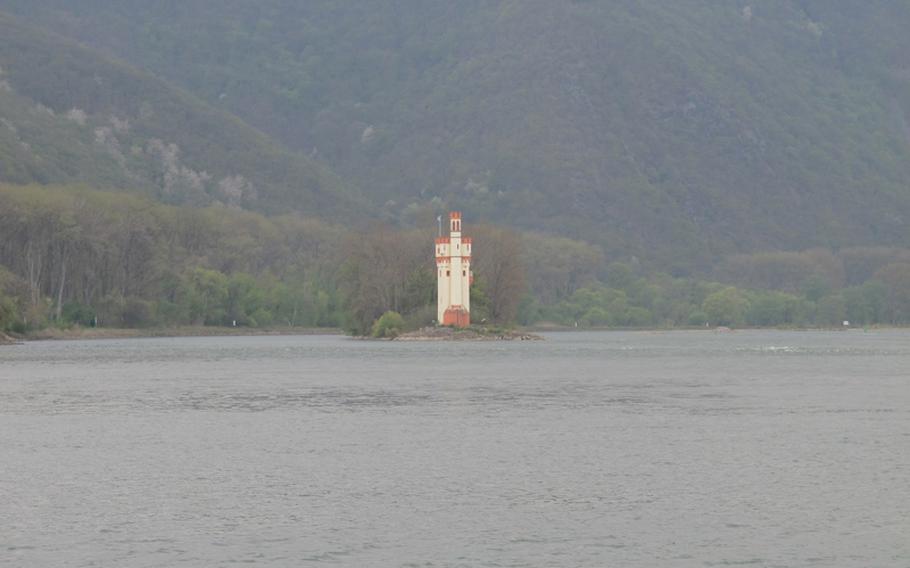 Buy Photo
The Mouse Tower, where legend has it that an evil archbishop was devoured by mice, sits on a tiny island in the Rhine River. The tower is visible from Bingen, Germany's Hildegard museum, located on the banks of the Rhine. (Nancy Montgomery/Stars and Stripes) 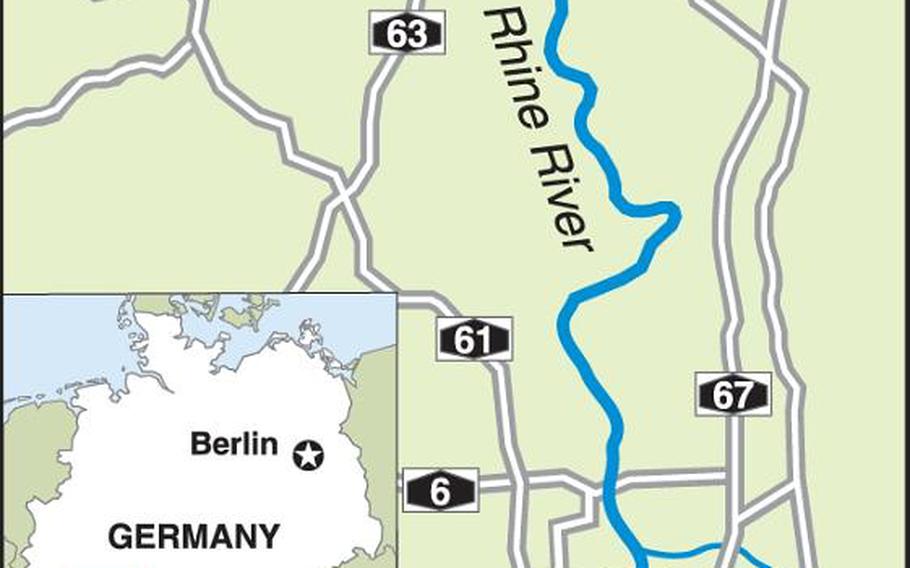 Noon: Prayer service, followed by lunch (in summer) and a two-hour nap.

5 p.m.: Prayer service, followed by (in summer) second meal of the day.

The daily schedule of medieval Benedictine nuns was not exactly eat, pray, love. In addition, the nuns put in eight hours of daily manual labor.

That&rsquo;s the sort of thing one learns at a museum in Bingen, Germany, dedicated to the country&rsquo;s most famous nun: Hildegard of Bingen.

Hildegard of Bingen, who lived a long life in 12th-century Germany, was an unusual woman and likely genius. She wrote a visionary cosmological work, composed music, started a convent, corresponded with the most important people of the day and even went on preaching tours &mdash; at a time when women were viewed as morally, physically and intellectually inferior.

The museum, officially called the Museum on the River: Hildegard of Bingen, covers two floors and is highlighted by numerous illuminations or illustrations in Hildegard&rsquo;s literary works. It also has some Roman antiquities, including an unusual collection of early medical instruments. Found in 1925 in a Roman physician&rsquo;s grave in Bingen were 67 instruments &mdash; &ldquo;the most extensive set of antique medical tools ever found,&rdquo; according to the museum.

Bingen, positioned in wine country on the Rhine at the mouth of the Nahe River, was settled by the Romans before the birth of Christ, themselves superceding Bronze Age Celts.

The Romans built citadels and bridges and established trade routes, but by the fifth century, they had been replaced by the Franks.

Like much of Europe, Bingen &ldquo;suffered through countless bloody wars, sieges, gruesome epidemics and devastating fires,&rdquo; according to the city&rsquo;s tourist guide.

Its old town was flattened during World War II. As a result, Bingen is not a charming, cobblestoned, medieval town like Rothenburg or Heidelberg, although plenty of medieval structures still exist.

The Hildegard museum is in a former electricity power station on the banks of the Rhine. The 1898 neo-Gothic building was regarded as a &ldquo;cathedral of progress.&rdquo; The city&rsquo;s other most storied feature, the Mouse Tower, on a small island in the Rhine, is visible from the museum. The Mouse Tower story is less uplifting than Hildegard&rsquo;s. According to legend, it was where the evil archbishop of Mainz, Hatto II, sometime in the late 900s, was devoured by thousands of avenging mice. Hatto had brought on the attack, the legend says, by setting fire to a group of starving peasants, whose pleas for food annoyed him.

Costs: Entrance to the Hildegard museum is 3 euros (about $4) for adults.