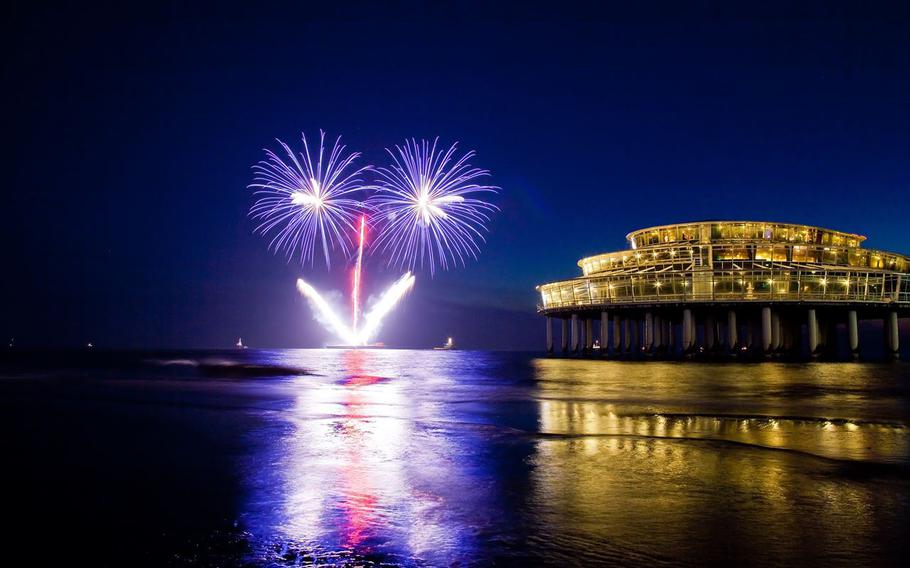 Afrika TageLocation: Donauinsel, Vienna, Austria Dates: Aug. 10-27 This fest captures the spirit of Africa by offering a wealth of music, dance, international artists and a colorful bazaar where masks, drums, jewelry and other crafts are sold. The flavors of the continent can be experienced at several food and drink stands. Admission: Entry is free on charity days, which are Aug. 13, 20 and 27; donations made on the day will go to the many organizations on site engaged in projects in Africa. Admission: Tickets for entry prior to 5 p.m. go for 8 euros; from 5 p.m., entry costs 12 euros on Tuesdays and 20 euros Wednesdays-Sundays. Online: wien.afrika-tage.de

Floral CarpetLocation: Brussels, Belgium Dates: Aug. 16-19 Every two years, Brussels decks its beautiful Grand Place with close to a million begonias woven together to form a bright and beautiful pattern resembling an Oriental rug. This year's carpet is dedicated to Guanajuato, a Mexican region with a rich floral tradition of its own. Admission: It's free to view the carpet from the sides of the square; to look down upon it from the Town Hall, tickets are a must. Online: www.brussels.be/flower-carpet

CPH Open BerlinLocation: Berlin, Germany Dates: Aug. 9-12 The CPH Open moves from its home in Copenhagen to the German capital for four days of skateboarding fun. The sport's professionals and elites from around the world and their followers will make use of both well-known skate spots, as well as new and unexpected venues. Admission: Free Online: www.cphopen.com/program/

E-Lake FestivalCentre récréatif d’Echternach, Echternach, Netherlands Dates: Aug. 10-12 The annual e-Lake music festival takes place on the shores of a lake. Its lineup features both local and foreign bands, along with a host of DJs. Admission: Entry to the concert is free. Those who wish to camp nearby pay a fee of 35 euros. Anyone under 16 must be accompanied by at least one parent. Online: www.e-lake.lu/

Vuurwerkfestival/ Fireworks FestivalScheveningen, Netherlands Dates: Aug. 10-11 and Aug. 17-18 The skies above this seaside spa town just outside of The Hague come alive with vivid spectacles of light, as each evening, two teams representing the participating countries compete to have their displays deemed best in show. The fireworks are shot off from a pontoon at sea. Each country’s show lasts about 15 minutes. Side events include performances by fire artists, dance ensembles and other street acts. Admission: Free Online: https://denhaag.com/en/event/702/international-fireworks-festival-scheveningen

Magic MalborkLocation: Malbork, Poland Dates: Aug. 10-11 The center of Malbork and its famous castle are the backdrop to a vibrant streets arts festival. By day, acrobats, musicians, dancers and other street artists entertain, and on Saturday night, illuminations and projections light up the city’s facades, and fireworks shoot through the air. Admission: Entry is free. Tickets to the 50-minute spectacle concluding festivities Aug. 11 go for 5-25 Polish Zloty ($1.35-$6.75); children under seven enter free. Online: http://magic.malbork.pl/

Piping Live- Glasgow International Piping FestivalLocation: National Piping Centre, Glasgow, Scotland Dates: Aug. 13-19 More than 150 events make up the program of this weeklong festival focused on the music of bagpipes and other traditional instruments. Pipe bands play on Buchanan Street, while the Piping Centre serves as the venue for sessions at which the public is invited to try playing the instruments, museum tours, performances, talks and a late night festival club. Admission: Most performances are ticketed events; Street Café sessions are free to attend. Online: https://pipinglive.co.uk

Las Carreras de Caballos/ Horse races on the beachLocation: Sanlucar de Barrameda Dates: Aug. 8-10 and 22-24 (from 6 p.m. daily) The tradition of horse racing on the beaches here dates back to 1845. For two three-day stretches in August, a mile-long stretch of beach is transformed into a race course for horses. Betting stands, some manned by children, allow spectators to take a stake in the action. Parties open to the public immediately follow the races. Admission: Free Online: www.sanlucar-de-barrameda.com/beach-horse-racing

Buskers BernLocation: Bern, Switzerland Dates: Aug. 9-11 Some 150 international artists perform cabaret, dance, acrobatics or concerts in the genres of hip-hop, blues, folk, world music and much more in 25 sites across town. Installations, walking acts and a zone with children’s entertainment are also on the program. Admission: The program and festival band sell as a set for 10 Swiss Francs, or about $10; a children’s wristband goes for 5 CHF. It’s also customary to tip the performers. Online: www.buskersbern.ch/en