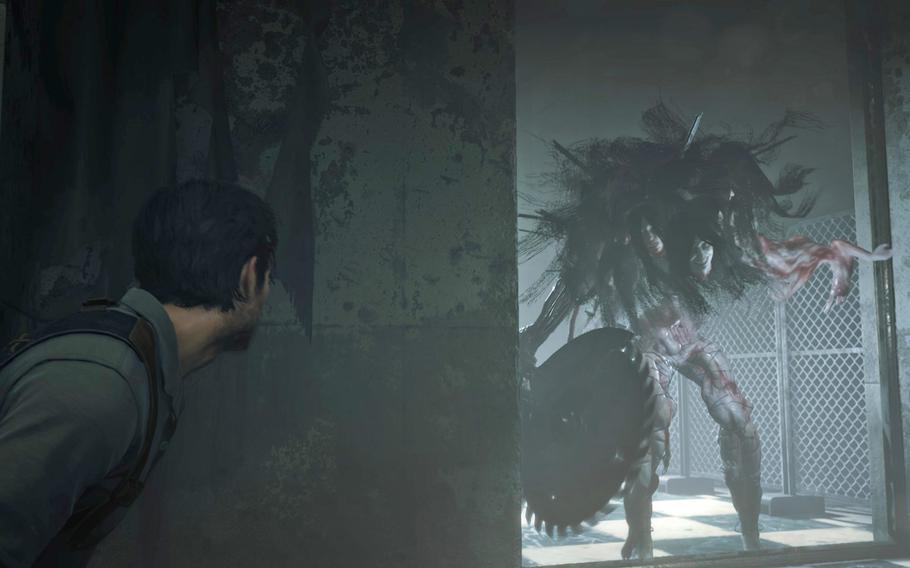 "The Evil Within 2" brings solid gameplay, a fantastic story and plenty of scares together for a great experience for horror game fans. (Tango Gameworks)

"The Evil Within 2" brings solid gameplay, a fantastic story and plenty of scares together for a great experience for horror game fans. (Tango Gameworks) 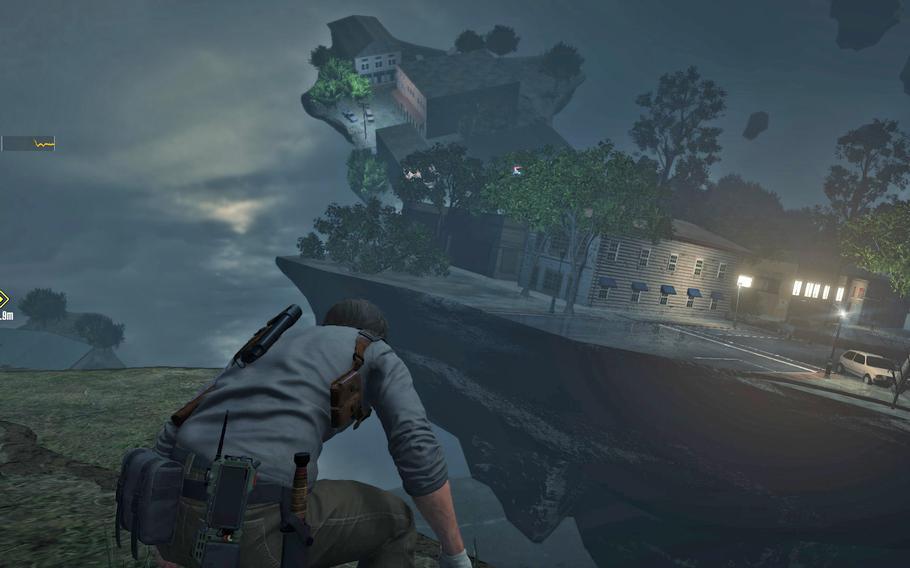 The world of "The Evil Within 2" allow for plenty of surprises, both in the story and in the game's layout and design. (Tango Gameworks) 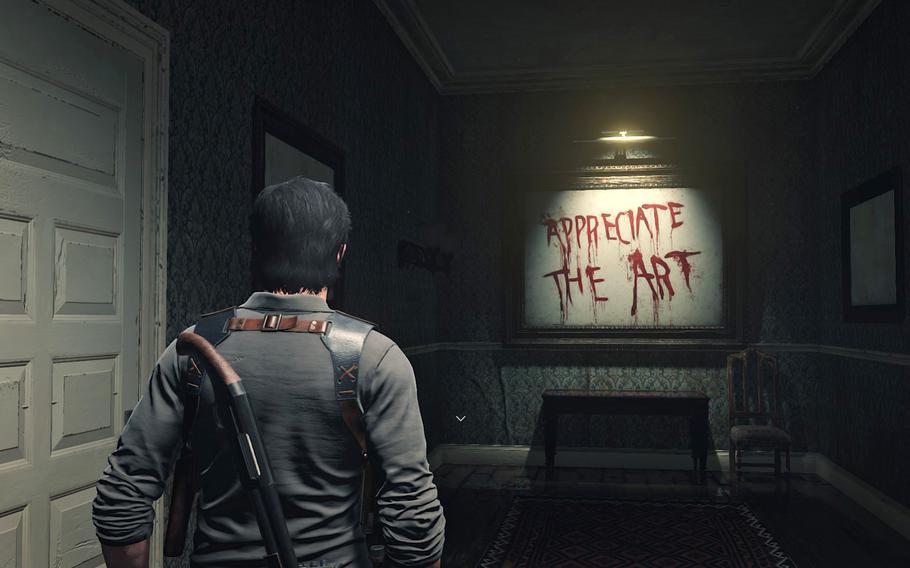 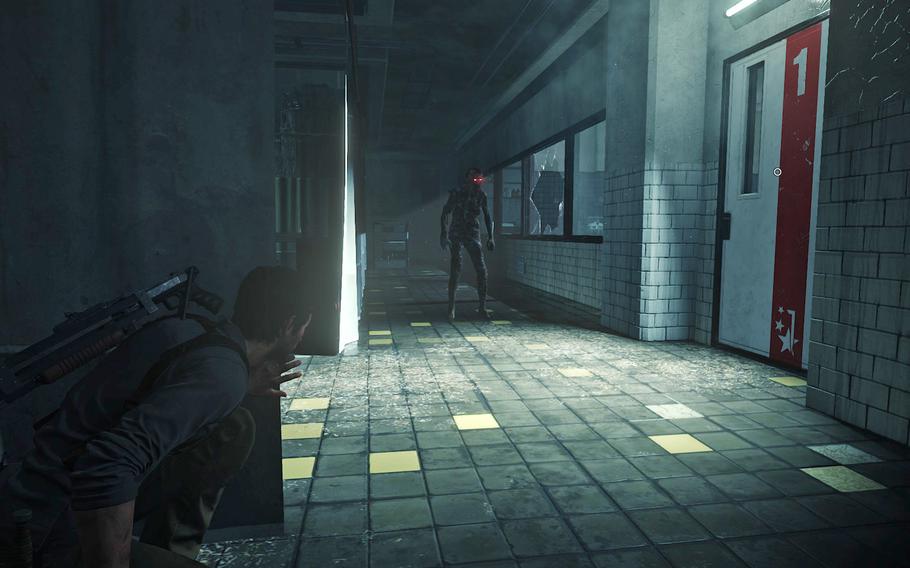 The enemies in "The Evil Within 2" are frightening enough in appearance, but even the lowliest of monsters can wreck your day with ease. (Tango Gameworks) 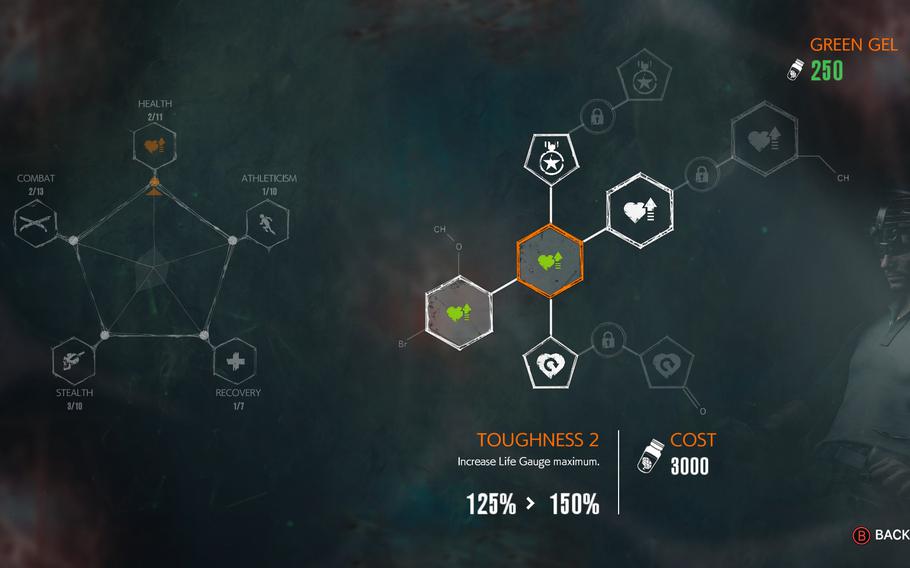 Upgrades allows players to choose their own playstyle in "The Evil Within 2." (Tango Gameworks)

Horror games are back, baby.

For a long while, horror games had slowly transformed into high-octane action titles with some light scares and gross body horror sprinkled throughout. But thanks in no small part to the cult success of the original “Evil Within” and a slew of indie horror titles, the genre has made a full resurgence.

The first “Evil Within” was a breath of fresh air, a truly scary, unsettling game among a sea of dull, gory action titles. The major question I had coming into “The Evil Within 2” was this: now that true horror games seem to be released monthly, would the series still hold up?

“Evil Within 2” is a direct sequel to the first, continuing the story of Sebastian Castellanos, a broken-down former detective drinking away the memory of his dead family. The game opens with Sebastian finding out that his daughter is not only alive, but that she was kidnapped by an evil tech company (think Facebook mixed with Academi, sans morals) to be used in experiments.

Mobius, as it’s called, plugged Lily into a sort of virtual reality machine, using her psyche to power an idyllic, virtual town called Unity. This being a horror game, things go south, and the company finds Sebastian and tells him that Lily is alive and needs his help.

As motivations go, that’s a good one. Mobius plugs Sebastian in, and he’s thrown into a world in which anything can – and often does – instantly go horribly awry. He has to battle truly monstrous creatures, included two mentally deranged operatives that are trying to use Lily to remake Unity in their own image.

This plot and its accompanying story beats set a mood that truly feels frightening. In Unity, anything can happen because it’s a dreamscape under constant attack from multiple clinically insane killers.

This is translated through the gameplay in a multitude of ways. Monsters are often jumbled, visually confusing beasts; doorways that should lead to a room will open up into blood-soaked catacombs; Sebastian will find himself thrown about, the result of fickle gravity.

While the tricks become somewhat self-evident toward the end of the game, for most of your playthrough it’s fair to say that you’ll never quite know what to expect when you open a door or move to a new area.

Add to that the detailed and unsettling visuals of the slowly deteriorating Unity and its inhabitants, and you have a recipe for a truly unsettling experience.

The game’s mechanics are still very much rooted in the “Resident Evil” style of its predecessors. It’s still a third-person survival horror game, complete with mediocre controls and wonky combat. The major change this time around is the open-world nature of “Evil Within 2.” While much of the game still takes place in tight corridors and empty houses, those locations are now scattered across an explorable world. It’s a great boon to the game that you’re now able to take your own path to objectives.

Resources remain scarce, so looking around for extra bullets or healing items is important for your survival. Beware, though, as enemies now lurk in the most unexpected places, so you’re always balancing the need to find better equipment and the ammunition cost if you should run into a swarm of baddies.

Much of the stuff found around Unity can be used in the new crafting mechanic. Ammo and healing items can be crafted at benches found throughout the game, or on the fly at a slightly higher resource requirement.

The crafting is a bit of a double-edged sword. Being able to create explosives out of thin air can trivialize some encounters, but it’s also a pressure valve that keeps players from having to spend all their time digging through garbage bins for bullets.

As Sebastian slays the demons of Unity, they’ll sometimes drop goop used to upgrade his abilities. I kitted him out to be more of a stealthy, strike-from-the-shadows guy, but players can customize the way he plays to their liking.

Even though I specialized in stealth, I took some upgrades along the combat-centric paths. I did so in the hopes that the combat would become a little less clunky, but it never really did. For all the game’s high points – the world-building, the story, the voice acting and the excellent horror elements – combat was not one of them.

Controlling Sebastian takes some getting used to, and the controls feel sticky across the board. Sometimes they’ll even get you killed, as the same button to, say, grab a ladder is the same one used to stomp a zombie.

Aiming is a little slow, and turning Sebastian to face enemies on the left and right takes way too long. By time he turns to raise a weapon, something is already stabbing him in the face. I also had a repeated issue when he’d unstick from cover, which caused more than one enemy to spot him while trying to hide.

The controls didn’t stop me from beating the game, but they clearly needed more work than they got. These things matter in a game in which every bullet matters, and every enemy is deadly. It’s bad enough when you die through your own ineptitude, but when the game’s controls cause a death, it’s very frustrating.

Otherwise, I had a ton of fun with “The Evil Within 2.” I actually cared about the characters and enjoyed the overall plot enough to want to finish the game to see what happened with Sebastian and Lily. It also scared the pants off me in several places, which speaks to the game’s effectiveness as a horror title.

Even better, the game kept me entertained throughout. I never quite knew what to expect when peeking around a corner or opening a door. A lot of recent releases can say they’re scary, but far fewer can truly claim to be surprising and unpredictable. “The Evil Within 2” achieves all of the above.

Grade: B+ Platform: PC (reviewed), Xbox One, PlayStation 4 Online: theevilwithin2.bethesda.net/enA copy of the game was provided for review purposes.