The Force is faltering with ‘Battlefront II’ 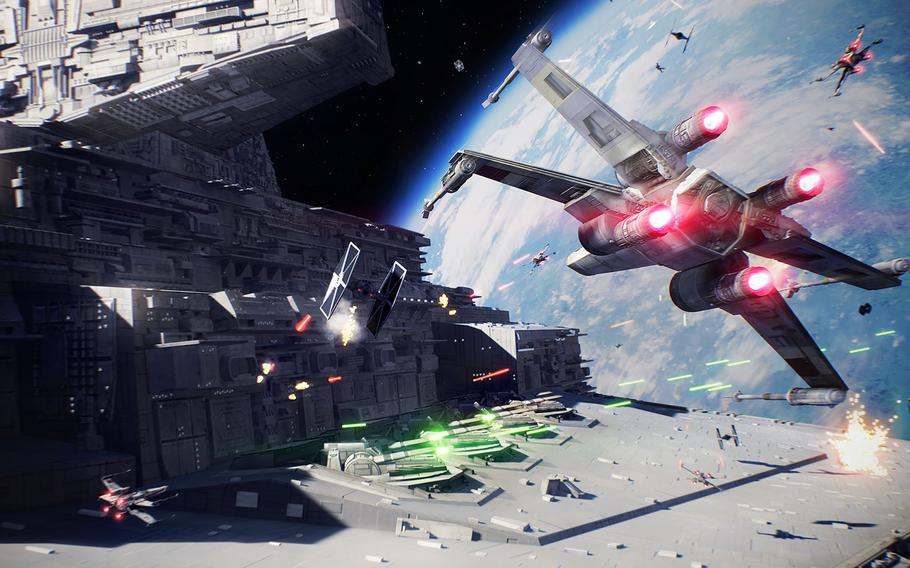 Few developers have managed to squander as much goodwill as the “Stars Wars Battlefront” team.

When the first edition of the rebooted franchise was announced in 2013, it drew the biggest cheers of any game at the E3 Electronic Entertainment Expo. A little more than four years later, gamers were ripping the second edition so viciously that the development team was forced into retreat.

A lot of the goodwill was burned at the launch of the first “Battlefront” in 2015, when the game didn’t offer key elements that were included in its decade-old predecessor. It took more than a year of downloadable content to bring the game up to original expectations.

Then as the launch of “Battlefront II” approached, fans saw changes in the structure of in-game purchases as a money grab by Electronic Arts and they formed their own rebel alliance. The main targets were the “credits” needed to gain access to playable hero characters and “crystals” that could unlock loot boxes, which can contain credits as well as items that provide an edge in online competition. Just days before launch, EA cut the number of credits needed to gain access to heroes by three-quarters. And only a day before launch, it suspended all in-game purchases.

The rebels had won, but a question remained: Is “Star Wars Battlefront II” actually a game worth fighting over?

The game offers many ways to play, from a single-player campaign to split-screen co-op to sprawling online battles. However, some important elements are again missing. First is the ability to play full-scale battles in co-op, a key feature of the old versions of the game and a late addition to the 2015 edition. Second is the survival mode that was introduced in 2015 only to be abandoned this year. These left gaping holes in my “Battlefront” experience that even the new single-player campaign failed to fill.

The biggest and best addition is a single-player campaign. The story line begins at the end of “Episode 6,” when the Rebels are trying to destroy the second Death Star. You spend most of the campaign playing as Iden Versio, a member of the Galactic Empire’s elite Inferno Squad. As the story unfolds, you get to play as many of the iconic characters from the original trilogy — Luke Skywalker, Han Solo, Princess Leia — even Lando Calrissian. The gameplay is fun, the story is good enough to keep you interested and Iden is an excellent addition to the Star Wars universe. So the franchise’s first solo campaign definitely boosts the game’s value.

However, the game’s biggest draw is its massive online battles. These are just as spectacular as before. The Light and the Dark sides struggle over a series of objectives set in expansive landscapes. Blaster bolts cut through the air as rebels, storm troopers, Wookiees and droids push back and forth across the battlefield. If you fight hard enough, you can gain the ability to enter the fray as a famous hero or villain, wielding a light saber or favorite sidearm. It can be very exhilarating.

A small but important change to this mode is the addition of combat classes. While these weren’t offered in the previous “Battlefront,” they are very familiar to players of the “Battlefield,” which was also developed by DICE. Before you enter combat, you choose whether to play as an assault trooper, a heavy-weapons expert, a sniper or an officer. Each class has a different loadout and set of perks.

The Arcade mode offers a number of options for those seeking to play solo or to play couch co-op on split-screen. You can fight through a series of short challenges or create a sprawling customized battle of attrition. While I enjoyed those large-scale firefights, they left me pining for the more complex co-op battles that were possible in the final version of the previous edition — and in the old game I played on the PlayStation 2 more than a decade ago. And the shorter missions did nothing to satisfy my craving for the co-op survival missions that were a key part of the 2015 version.

Technical issues also popped up from time to time. I found the controls well designed and perfectly functional. However, my more nimble-fingered friends griped repeatedly about their sloppiness. Graphically, the game is lush and even downright gorgeous at times. However, minor visual glitches appear far too frequently, especially in multiplayer modes. Characters will hover slightly above the ground, and the ground itself will sometimes be black instead of its intended hue. I also experienced several snags with my connection, which isn’t good for a game that relies so heavily on online content.

“Star Wars Battlefront II” offers a good deal of fun, but it once again falls short of expectations because of gaps in its offerings and minor technical issues.