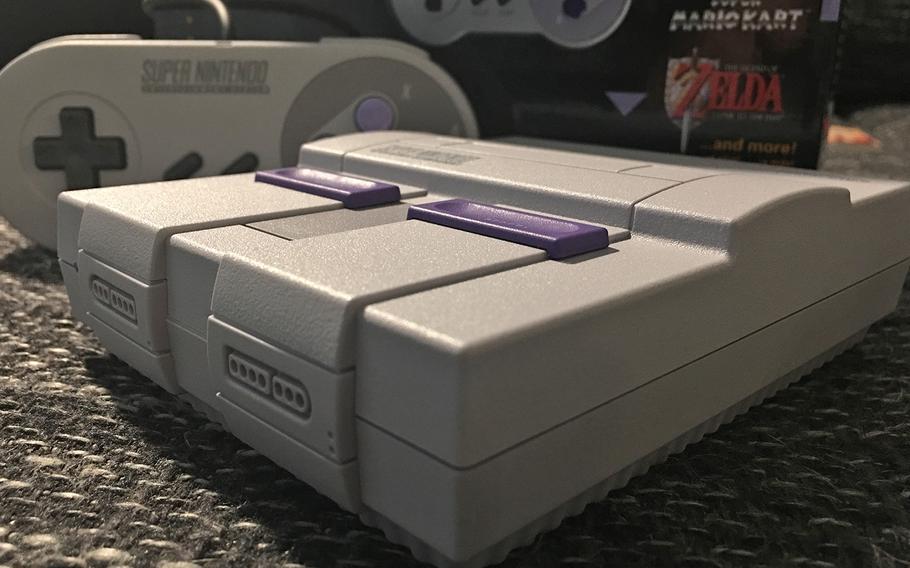 The SNES Classic has 21 games included on its internal storage, including the never-before released Starfox 2. (Michael S. Darnell/Stars and Stripes)

The SNES Classic has 21 games included on its internal storage, including the never-before released Starfox 2. (Michael S. Darnell/Stars and Stripes) 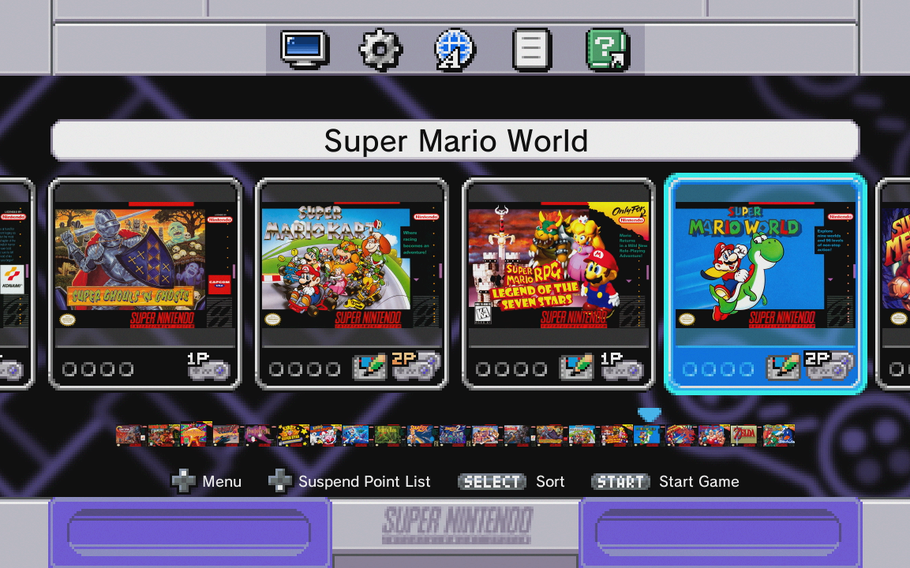 The Super Nintendo Entertainment System Classic will release in U.S. markets on Sept. 29 and will retail for $80. (Michael S. Darnell/Stars and Stripes) 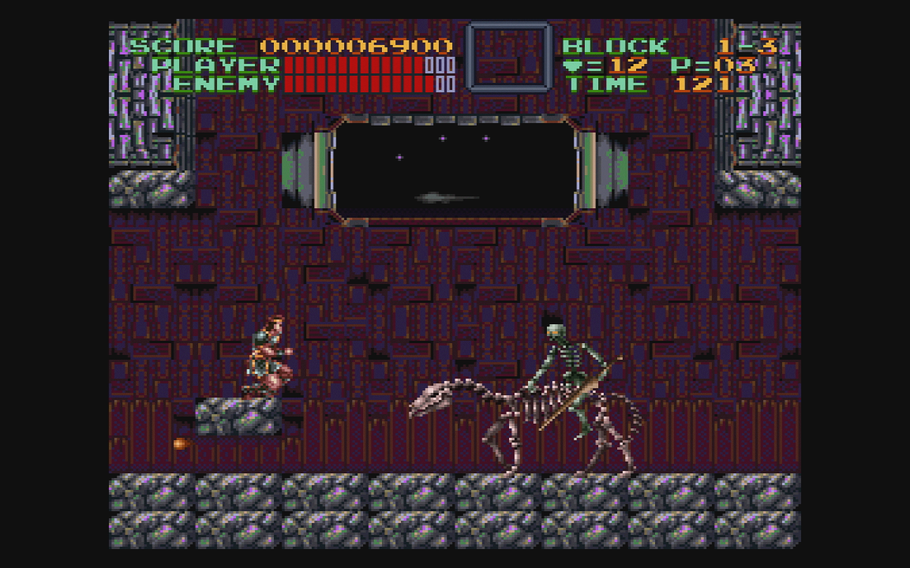 Castlevania IV is one of 20 legendary titles on the SNES Classic, with the newly-released Starfox 2 joining the group. (Michael S. Darnell/Stars and Stripes)

In just a couple of days, Nintendo will unleash its Super Nintendo Entertainment System Classic on a very suspecting world.

This follow-up to last year’s massively sought-after NES Classic is already being sold out via pre-orders. After getting some hands-on time with the system, I can personally confirm there’s very good reason for that, beyond its obvious value as a limited-time-issue collectible.

For the uninitiated, the NES and SNES Classics are miniaturized versions of Nintendo’s first two video game consoles. Both eschew dust-collecting cartridges in favor of internal storage packed with the systems’ greatest games. The NES Classic was the hot collectible of last year and right now can only be purchased at ridiculously exorbitant prices. Put it out of your mind. You’re never getting one of those.

What you may be able to get your hands on, if you’re lucky, is the soon-to-be released SNES Classic. Frankly speaking, the NES Classic was more of a novelty, anyway. Many of the games in its library are justifiably considered classics, but with few exceptions, most aren’t very fun to play today.

On the other hand, the SNES Classic has games you’re actually going to want to play.

Super Mario World. F-Zero. Final Fantasy III. Earthbound. Starfox. The never-before-released Starfox 2. Super Metroid. The Legend of Zelda: A Link to the Past.

Not only are these games infinitely more playable in 2017 than anything on the NES Classic, they’re some of the most timeless games ever created. They’re all dead simple to pick up and play, as well.

It’s a pretty simple, no-frills affair, which makes it perfect for quick trips down memory lane or to entice younger gamers to join in on the fun – assuming you can pry them away from their touch devices for half a nanosecond.

You simply plug in the included HDMI cable, attach the power cord and flip a button and you’re ready to go. To switch games, hit the rest button and you’re back in the menu where you can either choose another title or save your progress in the game you just left by hitting down on the D-pad.

The games themselves are offered with no real enhancements. They are, for the most part, exactly as they were designed decades ago. This means the cheap AI inherent in games like “F-Zero” and “Super Punch-Out” (beating Super Macho Man is on my gaming bucket list) remains. Just don’t rage reset, as you may break the Classic.

The console is super lightweight, which is adorable, but does feel a little fragile. You’re going to want to find a place where this thing has little-to-no chance of falling off a shelf.

The controllers mimic the old SNES pad in appearance and function, but also feel quite a bit less hefty than the original ones. Their attached cords are also on the short side, making placing the SNES Classic a bit more of a hassle than it really needed to be.

Other than those minor quibbles, there is nothing to dislike about the SNES Classic. This thing is an absolute dream for an older gamer like myself, who has fond memories of playing a SNES as a kid. If I had gotten one of these as a Christmas gift this year, I would have been ecstatic. I imagine many gamers, particularly any in their 30s, would feel the same.

The Super Nintendo Entertainment System Classic will release in U.S. markets on Sept. 29 and will retail for $80.