Despite co-op glitches, ‘Hyrule Warriors’ will entertain players for hours 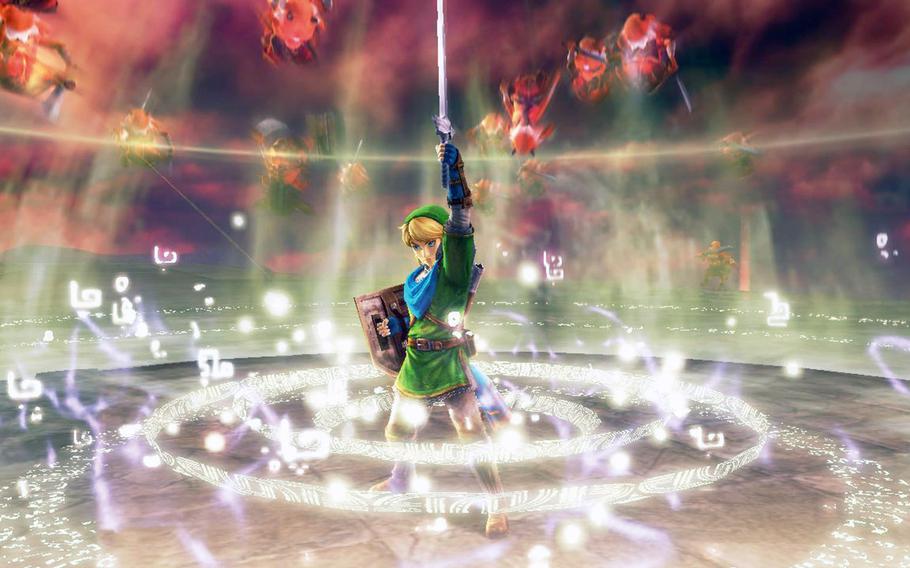 The producers did a fantastic job creating that same fast-paced “Dynasty Warriors” feel but with the lore and characters of the Hyrule universe. (Nintendo)

The producers did a fantastic job creating that same fast-paced “Dynasty Warriors” feel but with the lore and characters of the Hyrule universe. (Nintendo) 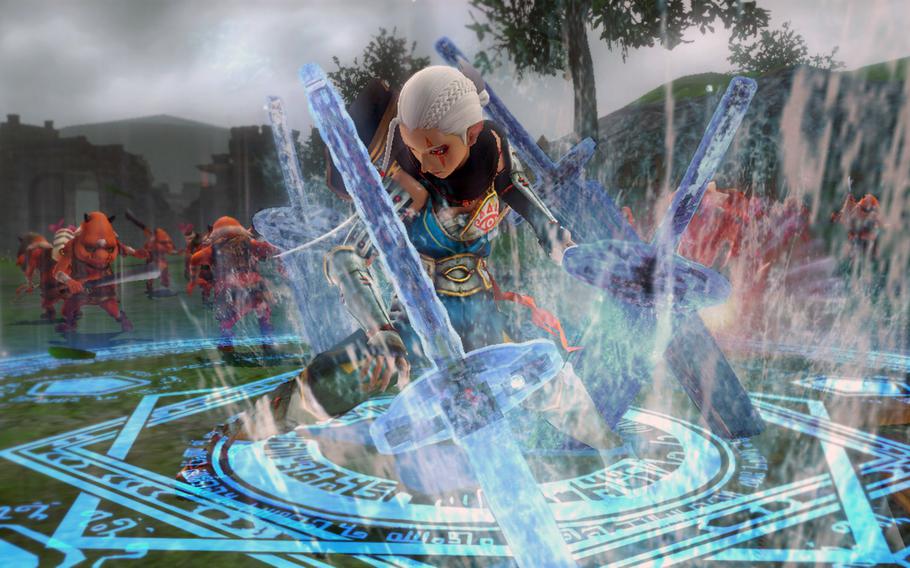 This is the first time that “Zelda” fans have been able to play as characters other than Link. () 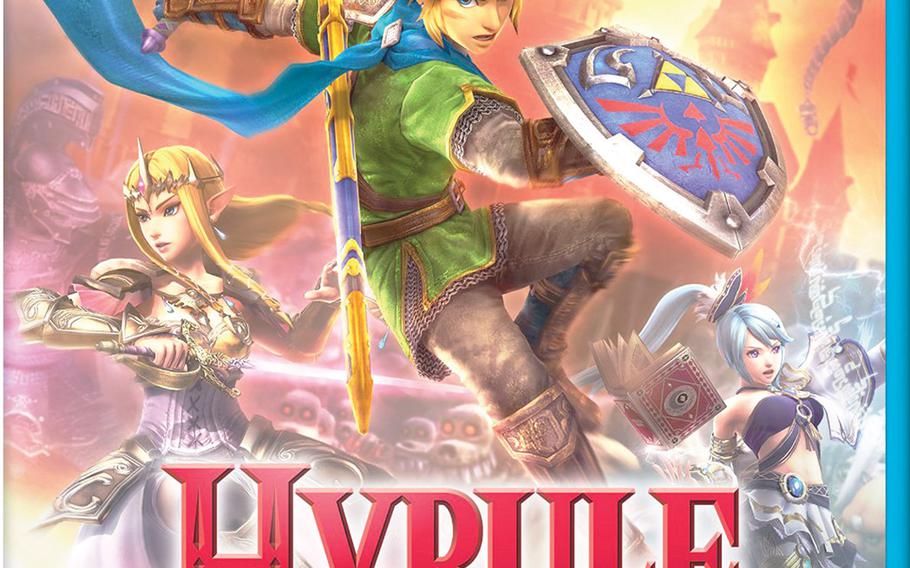 Whether your battles in the realm of Hyrule take you to the Great Deku Tree or Skyloft, crushing your enemies has never been more fun.

“Hyrule Warriors” takes players into the enchanting world depicted in Nintendo’s “Legend of Zelda” games. But unlike most “Zelda” games — which offer a mix of platforming, fighting and puzzle-solving — this teen-rated game for the Wii U offers gameplay mechanics from the “Dynasty Warriors” franchise.

For those who are not familiar with “Dynasty Warriors,” the combat series is set in the rich history of ancient China. Historical characters hack, slice and pound their way through wave after wave of enemies. The historical characters have their own unique attack combos and flashy finishing moves.

The producers did a fantastic job creating that same fast-paced “Dynasty Warriors” feel but with the lore and characters of the Hyrule universe.

The game lets players step into the shoes of many of their favorite characters as well as introduces a few new characters in a new storyline.

This is the first time that “Zelda” fans have been able to play as characters other than Link. The producers gave the game an astounding range of characters, including Impa and even Zelda herself. This allows the player to experience the lands of Hyrule in a new way through several new sets of eyes.

Instead of recycling or remodeling an old storyline, the producers opened up all the timelines of the Hyrule universe and combine them into a single, fluid tale.

However, unlike the “Dynasty Warriors” franchise, “Hyrule Warriors” does not have voice actors, except for the narration. The narrator gives brief story descriptions while each map is loading. This stays true to the “Legend of Zelda” franchise, which offers no voice acting.

In order to stay true to the “Dynasty Warrior” franchise, the player does not need to hack and slash through the minions of darkness alone.

While the story mode of “Hyrule Warriors” is only single-player, the free mode allows two players to fight enemies as a team. They can play any of the story missions that have already been completed with any of the characters that have been unlocked.

However, this is where one of the game’s big drawbacks comes into play. Instead of using the standard split-screen format, one player gets to use the TV screen while the other player is forced to use the tiny screen of the Wii U gamepad. The gamepad can be disorienting at times and causes the players to feel disconnected from each other’s gaming experience.

In addition, my teammate and I experience a good deal of latency while playing together. On the big screen, the biggest problem was that the avatar belonging to the small-screen player would not render until most, if not all, of the minions were killed. But the Wii U gamepad takes the problem one step further. The gamepad experienced latency with minions spawning and only 20 to 25 would render on the screen at one time. In addition, while the teammates are in the same location, the frame rate on the gamepad drops drastically when both players perform attack combos.

Even though the issues with the Wii U gamepad can become tedious, the game overall is inexplicably fun and offers a vast variety of characters and game styles.

In conclusion, “Hyrule Warriors” will keep the player occupied for hours while they try to unlock more characters and uncover the mysteries that Hyrule has to offer this time.

Bottom line: “Hyrule Warriors” offers a fun mashup of the fantasy adventures of the “Legend of Zelda” and the hack-and-slash “Dynasty Warriors” series. Unfortunately, technical problems hurt the co-op experience.