‘Call of Duty’ returns to past glory 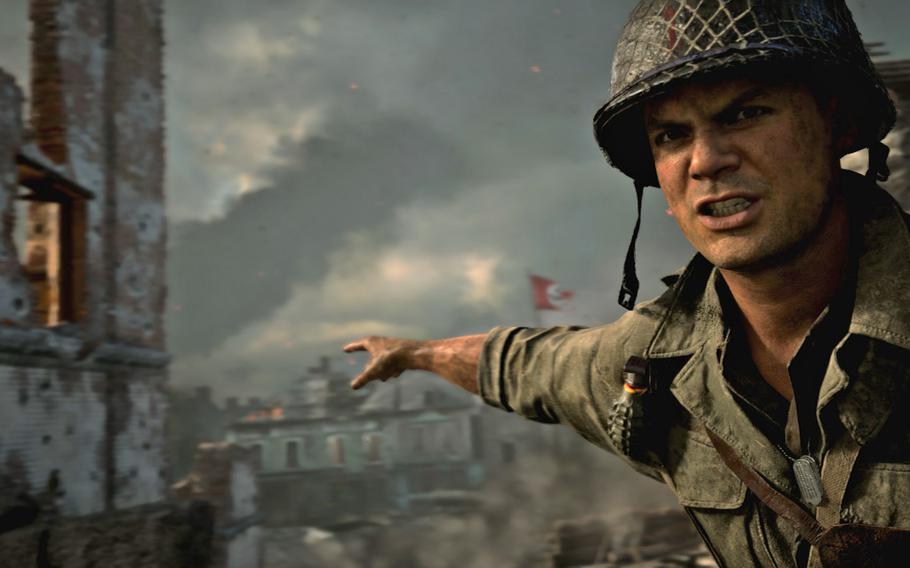 "Call of Duty: WWII" beings the series back to its roots, while throwing in plenty of new content to keep seasoned fans happy. (Sledgehammer Games)

"Call of Duty: WWII" beings the series back to its roots, while throwing in plenty of new content to keep seasoned fans happy. (Sledgehammer Games) 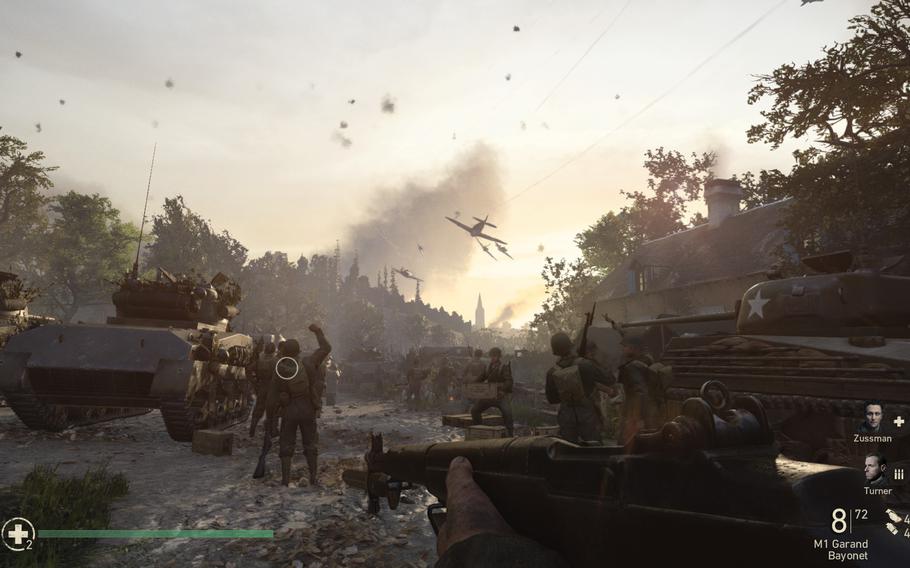 "Call of Duty: WWII" brings together a great campaign and excellent spread of multiplayer modes and options to keep fans coming back for more. (Sledgehammer Games)

In promoting “Call of Duty: WWII,” Activision has touted a return to tradition.

The publisher points to the return to the battlegrounds of World War II, where the franchise got its start. And frequent references to “boot on the ground” gameplay emphasize the absence of the futuristic super soldiers who leaped, bounded and flew through the last few games.

However, the latest first-person shooter makes so many bold changes to the franchise’s format that it’s quickly apparent that it’s anything but traditional — and that’s for the best.

The stereotypical “CoD” campaign features a one-man army running and gunning his way to victory. And online matches are frantic kill zones where adrenaline is more prevalent than skill.

Much of that changes in “Call of Duty: WWII,” which was developed by Sledgehammer Games for Activision.

Through most of the campaign, you play as Ronald "Red" Daniels, a Texan who hits the beaches of Normandy with the 1st Infantry Division and fights his way across Europe.

One of the biggest changes is evident in Daniels’ squad. Instead of a one-man army, Daniels is the heart of a team that fights together.

Although their marksmanship is questionable, his squadmates are incredibly helpful in a firefight. Various members can provide medical packs, ammunition and grenades and even call in artillery or spot enemies. These abilities are crucial to success —and help create the feeling you’re part of a fighting team.

While the game doesn’t actually depict squad-level tactics, its dynamics force you to slow down and think about your actions. Running ahead of your squad is likely to get you killed. It’s much better to take a few seconds to analyze the situation and go in with their support.

In addition to being lynchpins of gameplay, your squadmates are key elements in the game’s story line. Both the narrative and the characters will be familiar to anyone who’s watched a handful of WWII movies, but they’re still interesting and well developed by video game standards.

The basic outline of the missions will also be familiar to fans of the franchise. There are frontal assaults, stealthy infiltrations, wild car rides, a tank battle and an aerial dogfight. And in typical “Call of Duty” style, there’s only one path to victory, so don’t expect to roam freely about the map. But each mission is well designed with plenty of interesting activities and exciting challenges.

But no matter how good the campaign is, “Call of Duty” lives and dies on the quality of its multiplayer modes. Many gamers will never meet Red Daniels even though they’ll spend dozens — or hundreds — of hours playing the game.

With these gamers in mind, Sledgehammer has revamped the competitive multiplayer modes and the cooperative Nazi Zombies mode.

Before joining the online competition, players rally on a bluff overlooking Omaha Beach in Normandy. Here you can prepare for battle by connecting with other players, collecting new gear and missions, tweak your character’s appearance and hone your marksmanship.

When creating multiplayer characters, players select a “division” to join. Each corresponds to a different combat class, focusing on different weapons and attributes. For example, troops in the infantry division focus on mid- and long-range combat and can make bayonet charges. Those in the airborne division are fast and quiet and are armed with suppressed weapons. But within each division, there’s a decent amount of flexibility in selecting combat perks and customizing weapons.

The best addition to the multiplayer lineup is the War mode. This is similar to the Rush mode in the “Battlefield” franchise, in which one team attacks a series of objectives while the other defends. The War mode packs an incredible amount of action and excitement into each map. Since the multiplayer modes don’t include vehicle or air combat, the maps are smaller than in “Battlefield,” which adds to the intensity. My only major gripes with War are the paucity of missions currently available and the overpowered sniper rifles that can utterly shut down a foe in certain areas.

While the new War mode is getting a lot of attention, traditionalists shouldn’t despair. The game still offers team death match, capture-the-flag and other popular multiplayer modes.

For those who prefer cooperation to competition, the game offers an updated version of Nazi Zombies. In this mode, up to four players try to survive waves of undead attackers. The mode includes new characters, settings, zombies and perks as well as upgradable weapons and interesting tasks to complete. The map is very well designed, allowing enough room to run but also plenty of tight spaces where fighting can become ferocious. As usual, teamwork is absolutely essential if you plan to survive more than a few waves of the undead.

“Call of Duty: WWII” is pretty solid technically. “Call of Duty” is known for good graphics, but Sledgehammer has raised the bar even higher with exceptionally detailed renderings of faces, gear and settings, as well as lifelike animations. I saw a few dead people standing and weapons floating in mid-air, but graphical glitches are pretty rare. And the controls, match-making and performance were good, though not flawless.

The game lands solidly in mature territory because of violence and gruesome depictions of battlefield casualties.

After recent tours as covert operators and futuristic fighters, “Call of Duty” veterans should embrace Red Daniels and his squad. While the fighting is a welcome return to the basics, changes to the gameplay and multiplayer modes deliver plenty of new opportunities and challenges.