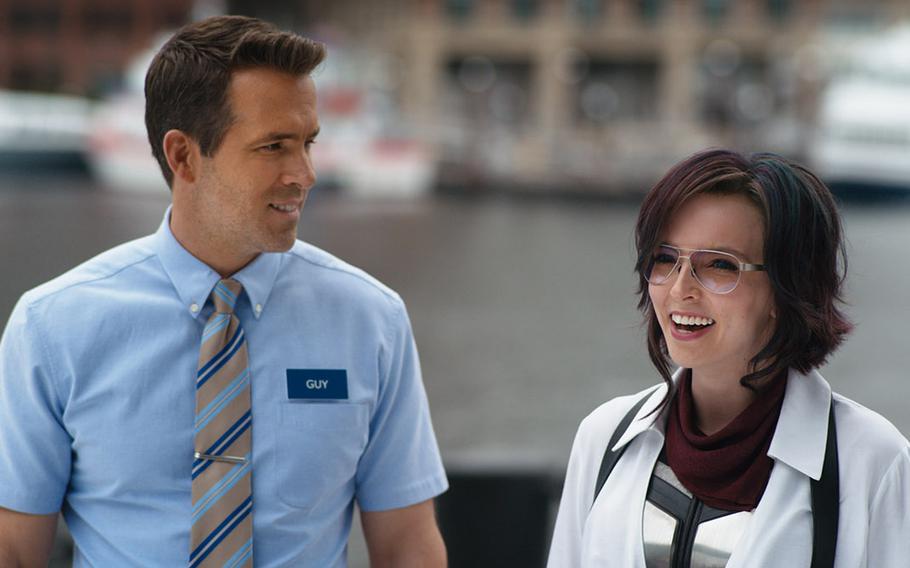 For stars Jodie Comer and Joe Keery, “Free Guy” is a video game movie that goes to the next level.

The actors appreciate how the story about a background character in an online game who suddenly develops a sense of purpose is filled with thought-provoking moments in addition to all of the fun ones.

“The movie, at its core, is kind of a heavy, sort of existential crisis, but it’s disguised in this video game vehicle as this action-comedy, sort of romance movie,” Keery told the Daily News. “Things are pretty serious, and pretty relevant, so that was something right out of the gate that I was pretty impressed with.”

Comer and Keery’s characters in “Free Guy,” now in theaters, are programming partners who develop and sell an open-world video game, only to see their life’s work shelved by the buyer.

However, Comer’s Milly suspects the purchaser stole their idea and incorporated it into his own game. She plays his game using her character, Molotov Girl, in hopes of uncovering the truth.

It’s during that in-game mission that Molotov Girl comes across Guy, a nonplayable character portrayed by Ryan Reynolds, who branches out beyond his programming as a simple bank teller and pursues his own path as the hero.

“A really exciting aspect was the fact that it was a new concept; it was a new idea,” Comer told The News. “When I first read the script, I could really sense how much imagination there was and there was a lot of detail in there, so I think that was really enticing.”

Scenes in the movie alternate between the real world and the video game world, with Comer — who won a lead dramatic actress Emmy in 2019 for “Killing Eve” — embodying both Milly and Molotov Girl.

“What I loved about Milly was that she’s super determined. She’s resilient. She’s wickedly smart. She has a real sense of self. And then Molotov is the very physically strong one, who’s very cool and she gets to do all these superhuman things. It was really nice to kind of exercise the both of those things and get to delve into both worlds.”

Keery’s Keys, meanwhile, is employed by the man who bought their game, and is initially hesitant to join Milly on her mission.

“When you meet him at the top of the film, he’s pretty depressed, and there’s a real solid backstory to this character already before having to really do any work,” Keery, 29, said. “Him and Milly have worked and poured their whole lives into creating this game. They sell it, which is a big victory, and then it gets shelved and their friendship sort of dissolves.”

Keery, who rose to fame playing the fan-favorite Steve Harrington on “Stranger Things,” says the complicated friendship between his and Comer’s characters is the “emotional backbone” of the movie.

He enjoyed seeing Reynolds’ artificial character display a sense of humanity in his virtual world of violence and crime.

“It’s about Guy choosing to do the right thing and to be a good person in extremely crazy circumstances,” Keery said of the movie.

Comer was inspired by how each character goes on their own journeys of self-discovery, and admires how much went into building the movie’s video game world.

“It’s so colorful and vibrant, and all the details that are going on in the background when there’s actually something quite serious and emotional going on in a scene,” Comer said. “There are so many nuances.”