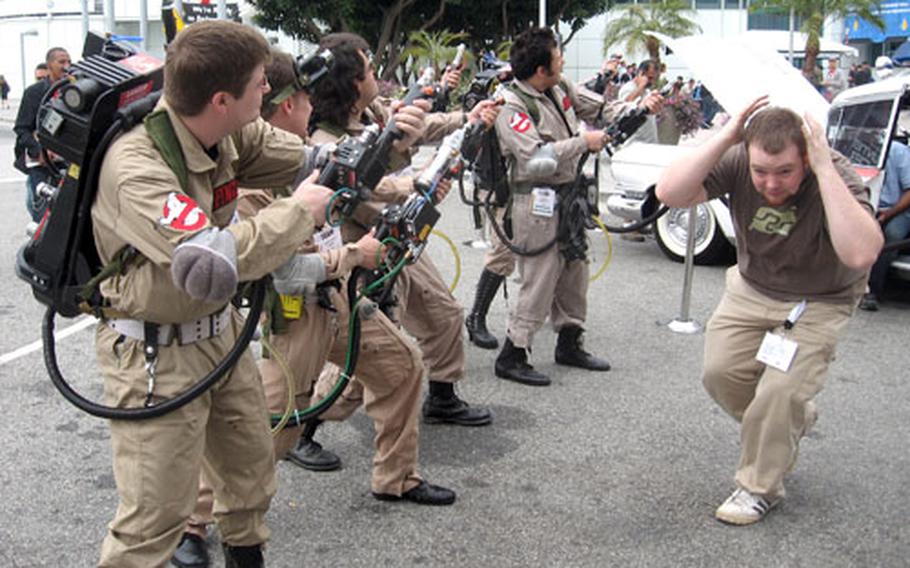 An attendee at the Electronic Entertainment Expo in Los Angeles pretends to flee in terror as actors pretend to fire proton packs at a supernatural foe. The actors were at E3 Tuesday in support of Atari’s upcoming "Ghostbusters: The Video Game." (Brian Bowers / S&S)

An attendee at the Electronic Entertainment Expo in Los Angeles pretends to flee in terror as actors pretend to fire proton packs at a supernatural foe. The actors were at E3 Tuesday in support of Atari’s upcoming "Ghostbusters: The Video Game." (Brian Bowers / S&S) 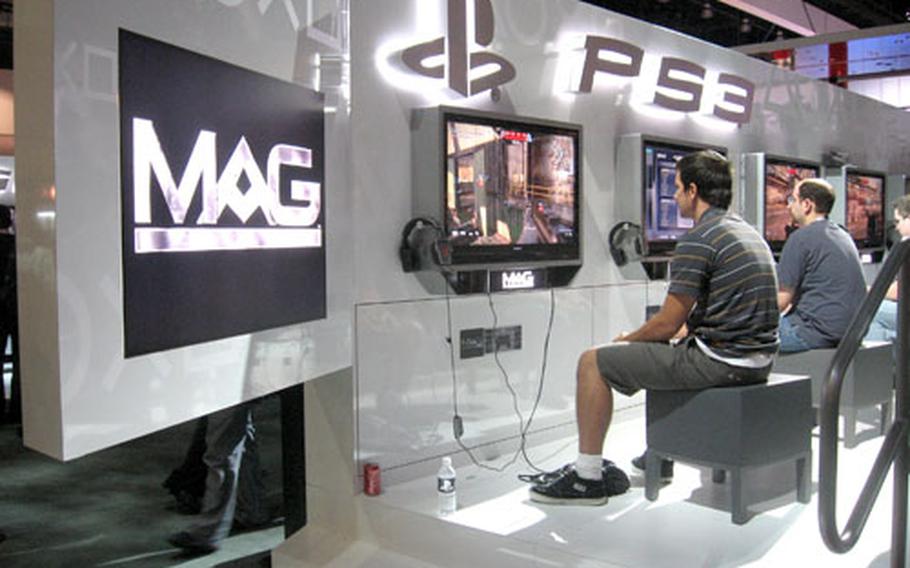 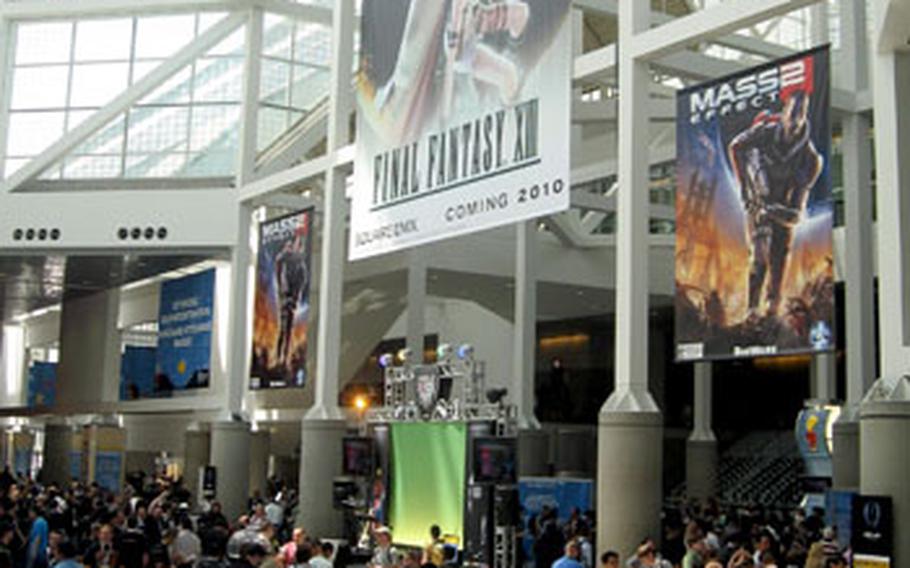 After two years of media- and business-only austerity, the gaming circus returned to town as the biggest developers in the world brought their goods to the sprawling Los Angeles Convention Center.

Outside the expo halls, thousands of attendees were greeted with a building-spanning poster pushing Ubisoft&#8217;s "Assassins Creed 2," a squad of Ghostbusters and a giant toilet from "Rabbids Go Home." Inside, the huddle mass yearned to get an advance peak at the hottest upcoming titles.

Almost all of the major developers offered hands-on demonstrations, video clips and explanations of what they think makes their games the best. However, what makes this E3 a "real E3" is the fact that the industry&#8217;s hype machine has finally shifted back into overdrive. It wasn&#8217;t enough to give gamers a peek at the game play of "Rogue Warrior." Bethesda Softworks brought in actor Mickey Rourke, the game&#8217;s star, to sign autographs. Harmonix re-created The Beatles&#8217; Abbey Road studio to promote "The Beatles: Rock Band." And there was one of the Batmobiles from Michael Keaton&#8217;s "Batman" movie, pistol-packing Bayonetta and more giant high-definition screens than you can imagine.

Before all that excitement kicked off at noon, Nintendo and Sony held their annual E3 press briefings.

Nintendo officials spent a lot of time touting the July release of "Wii Sports Resort," the sequel to the super popular "Wii Sports." It will use the new Wii Motion Plus attachment to the motion-sensitive remote to give players more-precise control of on-screen action. However, the crowd didn&#8217;t express much reaction since they had seen it all at last year&#8217;s briefing.

The crowd reacted much more favorably to the announcement of "Metroid: Other M," a sequel to one of the best shooting games on the Wii. It will explore the back story of bounty hunter Samus Aran.

The company also announced "New Super Mario Bros. Wii," which will let up to four players compete or cooperate in platforming adventures; "Wii Fit Plus," which will offer more games and customizing for fitness routines on the Wii balance board; and "Super Mario Galaxy 2," which takes the little plumber back into space.

Sony announced a new version of the handheld PlayStation Portable &#8212; called the PSPgo &#8212; that will be capable of handling downloadable movies, games and music.

Sony also touted the third installment of its "God of War" series, the first episode designed specifically for the PlayStation 3; the adventure game "Uncharted 2"; and "MAG," an online combat game that will feature up to 265 players at a time.