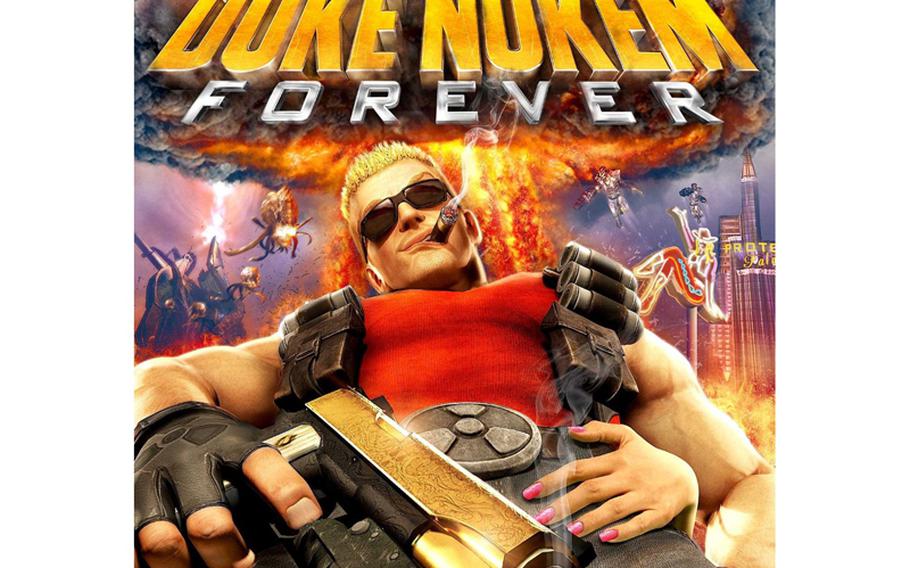 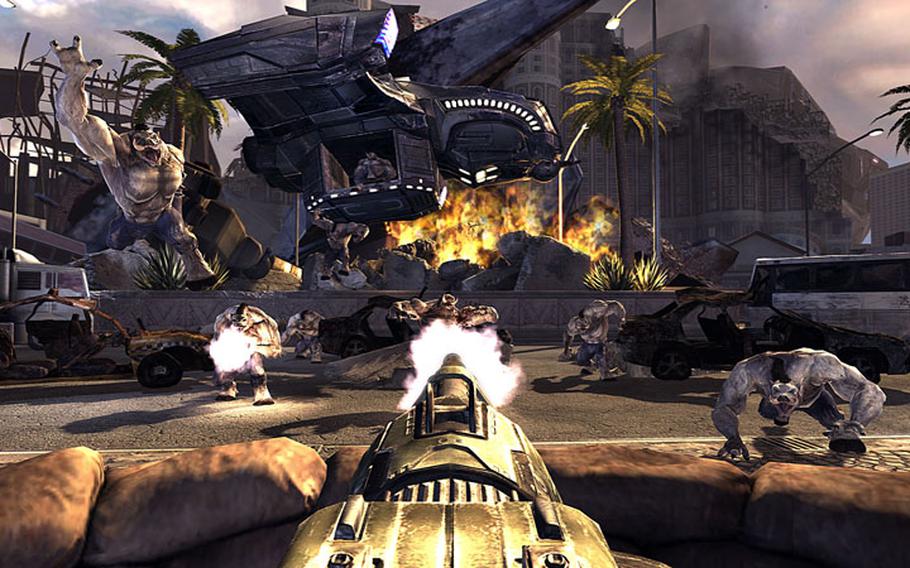 The M-rated game from Gearbox and 2K Games dishes out a supersized serving of crude humor, nudity and exploding aliens. Sure, it&#8217;s intentionally cheesy and it&#8217;s nothing you haven&#8217;t seen in dozens of R-rated comedies. But that doesn&#8217;t make it good.

The first-person shooter is a sequel to the popular &#8220;Duke Nukem&#8221; games from a decade ago and continues on the same irreverent path. You play as Duke, a swaggering lout who&#8217;s saved the world from alien invasion in the past and is prepared to do it again when the hordes descend on Las Vegas.

Most of the game involves running through various settings &#8212; casinos, an alien hive and the Hoover Dam among them &#8212; and blasting extraterrestrials. The creatures range from piglike brutes to thingies that look like a combination of a brain and a crab to a colossal leach.

Taking these critters down involves shooting them with standard guns, rocket launchers, bombs or energy weapons &#8212; often turning them into a bloody pulp. It can be fun, but it&#8217;s very, very standard gameplay for a shooter.

The only difference is the ability to shrink in size to get into tight places or drive a toy racer. This leads to some interesting possibilities for exploration.

Unfortunately, the potential is never developed in a fun way. In fact, some of these sequences are very tedious &#8212; such as a platforming session that involves navigating through a fast-food restaurant&#8217;s kitchen. Absolute perfection is required &#8212; definitely a throwback to the era of the original &#8220;Duke&#8221; games. In the intervening years, developers have learned that most shooter fans don&#8217;t really want demanding platforming sessions thrown into the middle of their games.

I have to admit that the frustration probably wouldn&#8217;t have been as great if not for another of the game&#8217;s flaws: incredibly long loading times. If you die, it can take minutes to reload the previous checkpoint &#8212; even if the game is loaded on your hard drive.

The graphics are a mixed bag. Objects look pretty good at a distance. However, most items and settings lack detail and texture when you close in on them.

In addition to the story mode, &#8220;Duke&#8221; offers online play in a familiar selection of competitions. Unfortunately, unstable Internet connections seem to be a problem.

One of the promotional videos for &#8220;Duke Nukem Forever&#8221; ends with the note: Remember to wash your hands after playing. Good idea.