Deploying troops move to front of line for LASIK 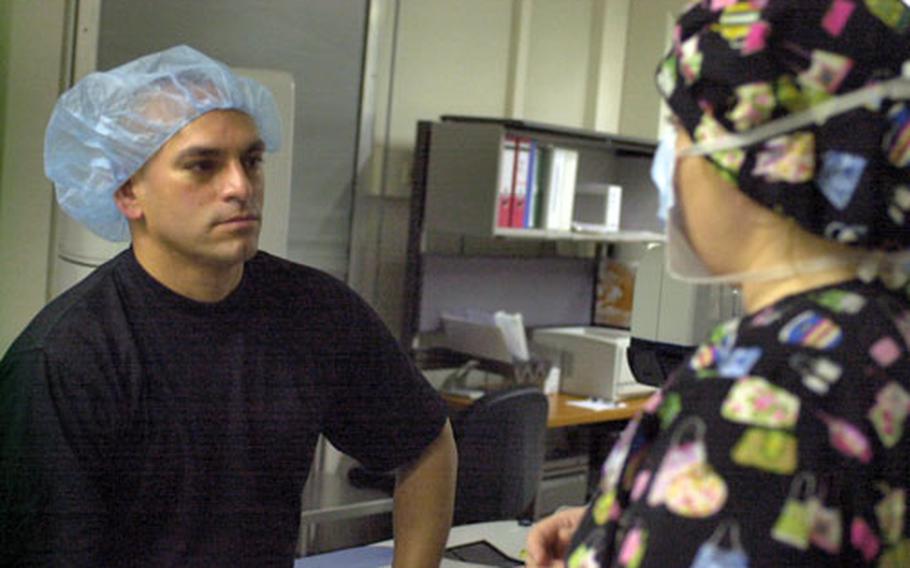 Many people want to get laser eye surgery so they can be free of the hassles of glasses or contacts.

But many servicemembers deploying to Iraq and Afghanistan are rushing to get it done for much different reasons. They are getting the surgery because it could save their life.

Many soldiers believe their glasses or contacts put them and those in their unit at risk.

&#8220;Many civilians get refractive surgery done because it&#8217;s a convenience,&#8221; said Army Maj. Steve Brady, outgoing commander of the Warfighting Refractive Eye Surgery Center at Landstuhl Regional Medical Center in Germany. &#8220;But many soldiers see it as a necessity.&#8221;

More servicemembers who are deploying to the battlefield are getting refractive surgery before they leave so they don&#8217;t have to go with their glasses.

Since the military approved the procedure for servicemembers in 2000, the Army has treated more than 35,000 soldiers. With many more soldiers electing to get the surgery done, the Army is on track to treat between 10,000 and 12,000 a year, according to Jaime Cavazos, a spokesman for the U.S. Army Medical Command&#8217;s headquarters.

The Army estimates that one-third of its active-duty force, or about 150,000 soldiers, needs glasses and would be eligible for the surgery.

In Germany, soldiers who are preparing to deploy are top priority and move ahead of other patients who want the procedure done.

Air Force Maj. Kurt Andreason, who is taking over the center at Landstuhl, said servicemembers on a mission who lose or break their glasses could possibly put the success of the mission and their own life in greater danger.

Even if the glasses don&#8217;t break, they often can hinder soldiers on missions. The spectacles can fog up, fall off or make putting on a gas mask a cumbersome and time-consuming task when seconds matter.

Many troops wear contact lenses, but the military forbids them because of the dusty and dirty conditions. During the first three months of the Iraq war in 2003, the military airlifted 60 servicemembers out of the region because of severe corneal ulcers caused by contact lens wear, Brady said.

As with glasses, contacts can be lost or damaged. Getting replacements in a war zone is difficult.

That&#8217;s why many soldiers who are heading to Iraq or Afghanistan on the second tour are getting the surgery.

Military doctors two years ago surveyed 300 servicemembers who got refractive surgery done before they went on a deployment and were overwhelmed by the positive response. In the soon-to-be-published survey, 90 percent of the servicemembers said they were more confident deploying overseas, 94 percent reported the surgery made them a more effective soldier and 91 percent said they believed that the surgery increased their ability to accomplish the mission.

Air Force Capt. Jason Harris, a security officer with the 569th U.S. Forces Police Squadron at Vogelweh Military Complex in Kaiserslautern, Germany, has worn glasses for a only couple of years, but he is determined to get laser surgery. He believes it will help him do his job better. He said it is difficult to shoot well on the range with glasses.

Although the most common types of laser surgery can cost between $2,000 and $4,000 for both eyes at a private doctor, the procedure is free to military personnel at U.S. military hospitals. Due to policy regulations, military laser eye surgery centers will do the procedure only on active-duty servicemembers.

According to the Army Medical Command, the laser eye surgery began in 2000 at Fort Bragg, N.C. There are now eight centers Armywide that perform the procedure: