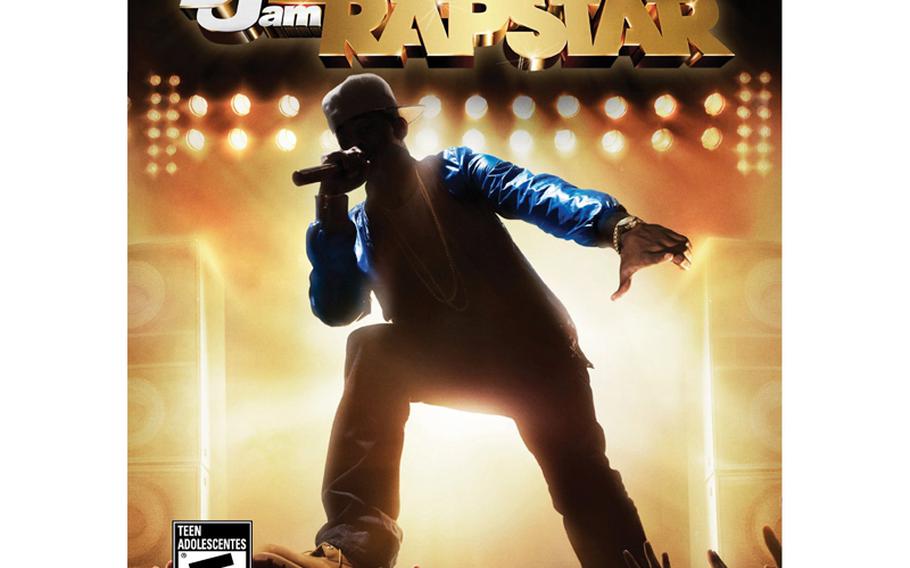 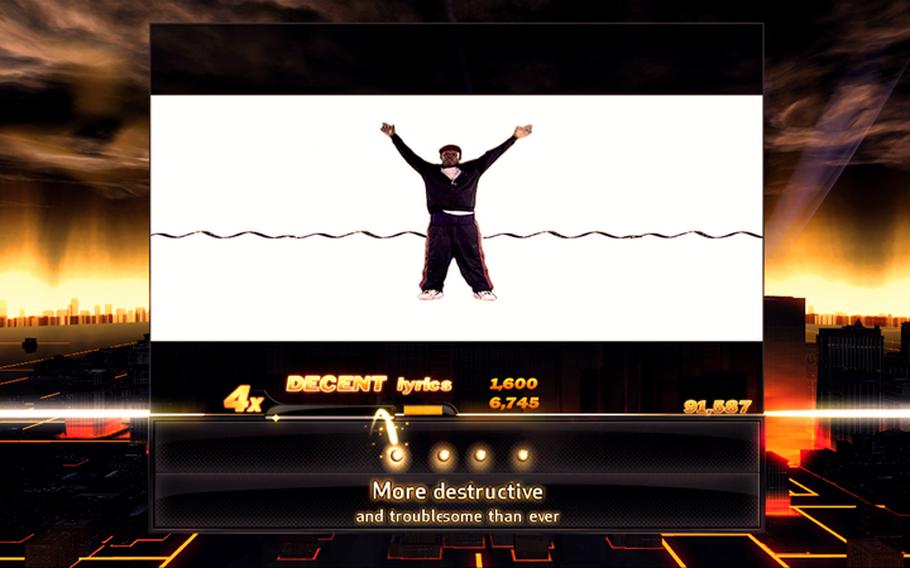 'Def Jam Rapstar' lets you get in touch with your inner gangsta. (Konami)

If you’re a wannabe rapper or maybe just looking to get a good laugh out of your rapping ineptitude, perhaps “Def Jam Rapstar” by Konami is the game for you.

This T-rated music game puts the microphone in your hands and lets you get in touch with your inner gangsta as you bust it to any of the game’s 45 popular rap tunes. The titles range from classics like the Beastie Boys’ “Brass Monkey” to more contemporary titles like Soulja Boy Tell’em’s “Turn My Swag On.” Whether you’re east side, west side, contemporary or old school, the game offers a pretty broad range of tracks. And if you want more, the game’s online store offers plenty of other songs to purchase.

“Def Jam Rapstar” features three modes to choose from. In Career Mode, you can rise through the rapping ranks and develop your delivery skills as you unlock additional stages, songs and tracks. In Party Mode, you can be the life of the party and play with or against your friends. Or you can show off your raw free-styling rapping talents to the game’s exclusive beats in Freestyle Mode.

Essentially this is a rapping karaoke game, but instead of those fake and hilarious videos that accompany most Karaoke music, “Rapstar” offers the original music videos rendered well in what appears to be high-definition. There isn’t anything spectacular to the look of the game. The overall interface is rather generic but adequate. But, typically, you aren’t playing these games for the graphics anyway.

The game sounds only as good as you do. As much as I’d like to blame the sounds of my rhymes on the game, I know it was on me. In Freestyle Mode, you can play with the game’s sound effects using the reverb and echo tools. Both add some fun tweaks to any of your impromptu rap performances.

The original tunes are ported perfectly to the game with one exception. As much as I understand that teens and younger rap fans may play this game, it bugged me that some of the explicit lyrics were removed without some alternative that would allow adults to perform the songs as they were released. Instead, adults are left with the G-rated version of some of these popular raps, which just guts some of these tracks.

You won’t have very much use for the controller in this game, but you will need a microphone.

And if you play on the PlayStation 3 like I did, it’s best to have a PlayStation Eye camera in order to make the most out of this game. With the camera, you can record or post your performance on the game’s website.

For those really serious about wanting to show off their rapping skills, recording your own personal set is simply a must. At the same time, there are some painfully embarrassing performances to watch.

Although “Def Jam Rapstar” probably won’t do much for your “street cred,” it is a pretty fun karaoke-style game that will definitely bring some good fun and laughs with friends.