'Dark Souls II' is bigger, darker and a bit boring 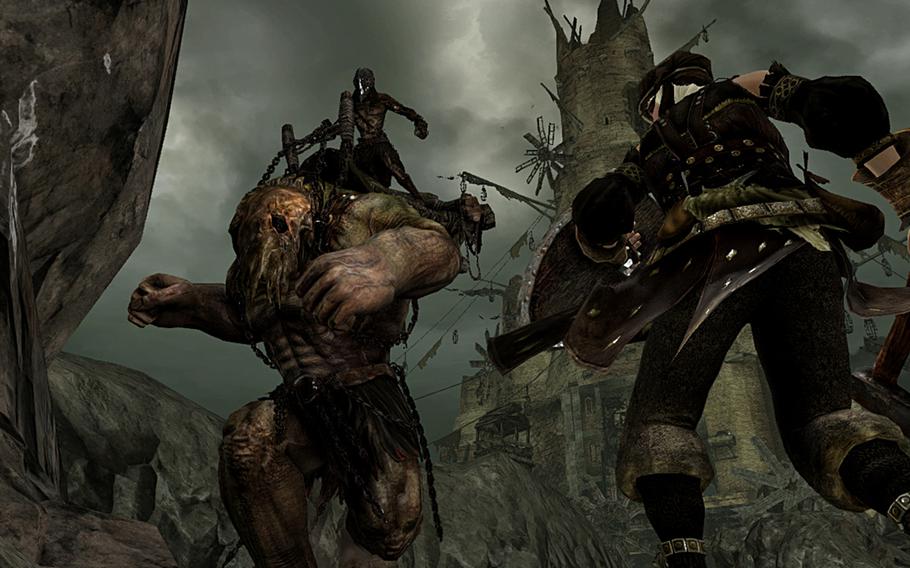 As one of the cursed, players explore a mysterious and majestic world in search of salvation in “Dark Souls II.” As in the first “Dark Souls,” dying happens frequently, but this time around, it’s not always the player’s fault. (MCT) Death in “Dark Souls” is an inevitability, but what kept players from getting frustrated and losing interest in the endless cycle of death and rebirth was that when you died, you had nobody to blame but yourself. (MCT) The “Dark Souls” series had become legend among role-playing aficionados for its punishing — but fair — difficulty level and modern take on old-school game design philosophy. (MCT) 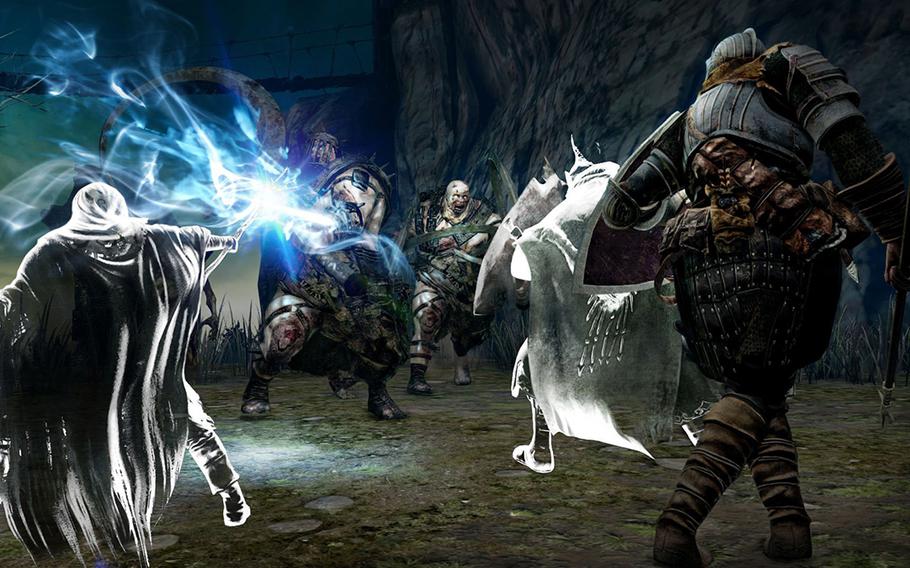 As one of the cursed, explore a mysterious and majestic world in search of your salvation in &quot;Dark Souls II.&quot; (MCT) (MCT)

When “Dark Souls II” was announced, fans of the cult favorite were united in joyous celebration, until producers Tomohiro Shibuya and Yui Tanimura dropped the dreaded “A” word on fans, announcing that the game would be more “accessible” to new players.

The “Dark Souls” series had become legend among role-playing aficionados for its punishing — but fair — difficulty level and modern take on old-school game design philosophy. It was the antithesis of what the word “accessible” has come to mean in the gaming industry. That one word caused fans not a small amount of unease and generated a lot of questions.

Would “Dark Souls” be stripped of its unique features? Would the story line be told through a series of cut scenes, rather than picked up through play? Worst of all, would the difficulty level be lowered to appeal to a wider group of gamers?

Now that “Dark Souls II” is out, I can safely say … somewhat. “Dark Souls II” retains some of the greatness of the past two games, but it fumbles some key aspects that the previous title got perfect.

When talking about the “Souls” series, it’s impossible to ignore how difficult the games are. No matter your level of skill, you will never make it through a “Souls” title without dying. A lot. The entire game revolves around incremental progress built upon learning from your mistakes in combat and taking your time picking through the levels.

You would die, but it would be your fault. Maybe you ran, rather than carefully walked, through a doorway and got hit by an arrow trap. Maybe you took on one enemy too many before healing. Death in “Dark Souls” is an inevitability, but what kept players from getting frustrated and losing interest in the endless cycle of death and rebirth was that when you died, you had nobody to blame but yourself.

This is not always the case in “Dark Souls II.” There will be times where enemies break through walls, and attack through pieces of what is supposed to be solid scenery. Largely, these things are glitches and will most likely be patched as time goes on. Some of the things that make “Dark Souls II” more unfairly challenging are design elements, though.

As in the past game, bonfires act as a refilling station for healing items. The downside to using a bonfire is that all the enemies will respawn. This is an important part of the “Dark Souls” experience, because respawning enemies allows for recovery of souls (an item that acts as leveling up points and currency) that are lost when the inevitable occurs.

“Dark Souls II” enemies respawn, but when you kill some enemies a certain amount of times, they disappear for good.

In theory, this is to help advanced players make it through areas faster, without the need to stop to fight irrelevant enemies. What it actually does is make players have to walk through largely empty areas to get to a spot where they can actually find an enemy. It kills the danger element and replaces it with boredom — not a good tradeoff.

It also ends up being unnecessary, due to the second major change in the “Souls” formula, the change in the world. The world of “Dark Souls II” is enormous, and one of the dreaded concessions made to accessibility was to make the bonfires warp points between areas.

Gone are the days of being trapped in the bowels of a hellish dungeon, having no option but to fight your way through to the surface. Now, if an area is challenging, you can just leave at any time you want. It’s a minor change that ends up changing the entire balance of the levels and removes the oppressive feel of “Dark Souls.”

The last real negative of the new game is the much-discussed visual imbalance. Some areas of the game are quite ugly to look at, while other areas are much better-looking than any area in the first “Dark Souls.” But it’s important to note that none of the slow-down that plagued the first “Dark Souls” is present in the sequel. I will take a slightly uglier world over having to deal with the five frames-per-second of Blighttown, an area that was notorious for its poor performance in “Dark Souls 1.”

Those are the negatives of the game. The positives very closely mirror that of “Demon’s Souls” and “Dark Souls.” The feeling of excitement and relief when you finally conquer an area that was annihilating you hours earlier is still here. The sense of exploration is still here, as there are secrets crammed into nearly every nook and cranny of the “Dark Souls” world. The unique online play that allows you to summon help on the fly is still intact, and the online community is the best in the world. You will still want to shut the game off forever before muttering under your breath and picking up the controller again.

This is still very much a “Dark Souls” game. If you’re okay with some jank in your role-playing games and if you’re willing to play it knowing there are some things that need patching, then I absolutely recommend giving this a shot.

It doesn’t quite live up to the highs of the previous game, but even being the second-best entry in the series makes it one of the best games on the market today.

Bottom line: Buy it if you like challenge and unique experiences, and you hate tutorials.