Dante Sowell ‘They could hear the rounds going by my head’ 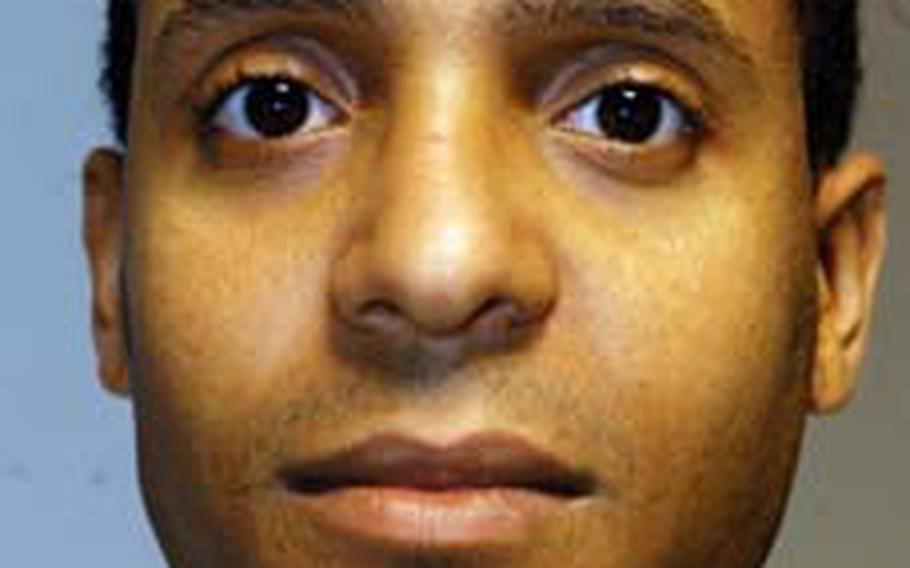 It&rsquo;s common for soldiers to use headphones to communicate with each other while patrolling in a Humvee downrange.

But Spc. Dante Sowell &mdash; standing behind a machine gun in the turret &mdash; didn&rsquo;t even have to tell the others in his Humvee what he was experiencing.

&ldquo;They said they could hear the rounds going by my head through the com. And [they said,] &lsquo;Do you know how close that means they are?&rsquo;

Sowell, with 1st Battalion, 503rd Infantry Regiment&rsquo;s Company C, had been through several firefights during his unit&rsquo;s rotation to Afghanistan in 2007 to 2008. He had just finished explaining that to an NCO in the Humvee as his company made its way down from Combat Outpost Zerok to the battalion headquarters in Orgun-E in southeastern Afghanistan&rsquo;s Paktika province.

The company had just spent the previous week along with other elements of the battalion on its last major operation of the tour &mdash; battling militants around Zerok.

Now the unit was heading down the narrow dirt road back toward the closest thing to civilization in the area. It was the only way down and soldiers had seen enough attacks to label it &ldquo;Ambush Alley.&rdquo; Spc. Dillon Bergstad had earned the battalion&rsquo;s only Silver Star during the tour for his actions on Aug. 27, 2007, on the same stretch of road.

During such circumstances, gunners are the most vulnerable. They&rsquo;re also the ones returning fire. Drivers maneuver their vehicles to avoid being sitting targets and others inside hand up ammunition and help out where they can.

Sowell, 27, laughs when asked how close he came to being hit on June 20, 2008, during the fight that led to his receiving the Army Commendation Medal with &ldquo;V&rdquo; device &mdash; one of multiple valor awards the company received for the engagement.

&ldquo;I had bullets all around my turret,&rdquo; he said. &ldquo;Every single gunner [in the convoy] had a close call.&rdquo;

Sowell was hit in the arm by a fragment from a rocket-propelled grenade that hit in front of his Humvee. That didn&rsquo;t stop him from firing away, though. And neither did the bullets whizzing by his head.

He fired almost 1,000 rounds from his machine gun during the fight, which lasted about 74 minutes over a stretch of more than two miles. He was credited with at least four kills.

&ldquo;It was complete hell,&rdquo; Sowell said of the ambush. &ldquo;They hit us from all sides.&rdquo;

If the battle had come earlier in the deployment, the result might have been a little different. But Sowell&rsquo;s company had been engaged in several other firefights around Camp Bermel.

&ldquo;We had been through this for 15 months and it was all like second nature to us,&rdquo; he said.

Through a combination of good fortune, skill and training, the company didn&rsquo;t lose a soldier during the attack, though several were seriously wounded.

Sowell had a chance to see a variety of wounds up close through the tour, his first one downrange. Trained as an emergency medical technician and combat lifesaver qualified, he helped out medics when needed.

That experience has prompted him to decide to leave Vicenza this summer and head to Fort Sam Houston to train to become a medic.

&ldquo;I&rsquo;ve decided, I&rsquo;d rather save a life than take a life,&rdquo; he said.

He wasn&rsquo;t intent on being any kind of soldier after finishing school, despite a history of military service in his family. He was working in the insurance industry in Colorado when he read about what soldiers were doing in Afghanistan and Iraq.

&ldquo;And it just hit me, &lsquo;What am I doing for my country?&rsquo;&thinsp;&rdquo; he said.

So he joined up. And eventually was in the fight of his life.

Sowell said it&rsquo;s hard to tell his nonmilitary friends about a soldier&rsquo;s mindset during such a battle.

&ldquo;When you&rsquo;re there and it&rsquo;s happening, you don&rsquo;t think about anything,&rdquo; he said. &ldquo;Your family. Your friends. Yourself. But after it&rsquo;s all done &hellip; it hits you.&rdquo;