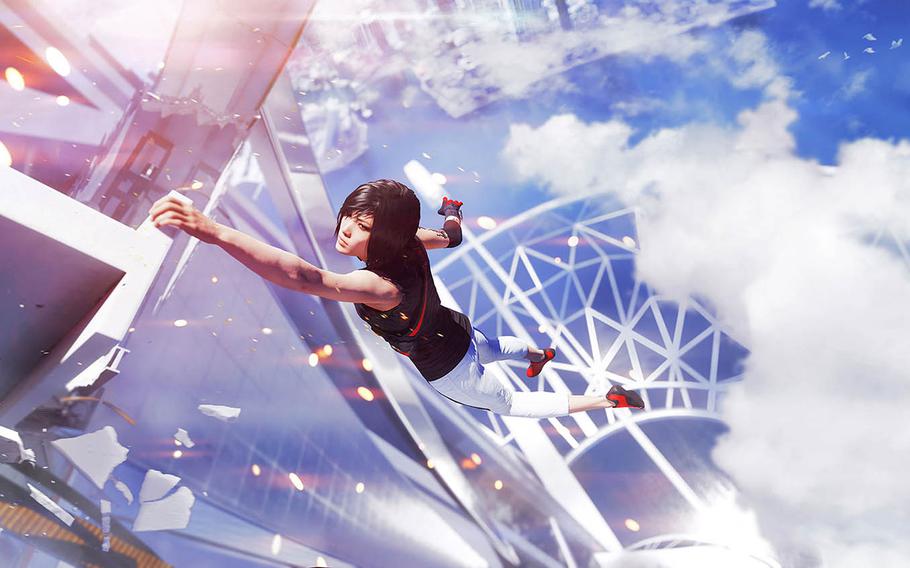 In “Mirror’s Edge Catalyst,” Faith Connors moves have been tweaked so that she can accomplish more impressive acrobatic feats with ease. (EA Games/TNS)

In “Mirror’s Edge Catalyst,” Faith Connors moves have been tweaked so that she can accomplish more impressive acrobatic feats with ease. (EA Games/TNS) 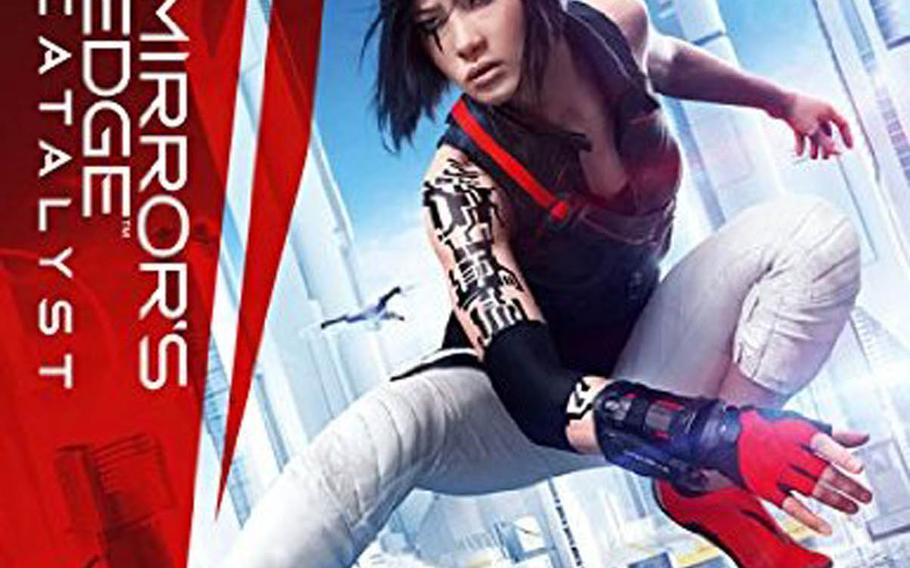 It’s been eight years since Faith Connors glided along the rooftops as a runner carrying sensitive information in “Mirror’s Edge.” In that time, Faith appears to have refined her moves and learned some new tricks, but not quite enough to make a true winner out of “Mirror’s Edge Catalyst,” the reboot developed by EA DICE for Electronic Arts. I believe the game will find love among hard-core fans of the precision-platforming genre, but the average gamer won’t be thrilled. Even when the original game was released in 2008, the days of the precision platformer had passed. Most gamers just don’t enjoy a game that demands absolute perfection as you run up walls, leap across precipices and slide down drain pipes. Over the years, titles like “Assassin’s Creed,” “Prince of Persia,” “Tomb Raider” and even the more recent “Sunset Overdrive” have successfully mixed platforming/parkour mechanics, puzzles, action and interesting characters and settings to deliver enjoyable games. It is disappointing that “Mirror’s Edge Catalyst” doesn’t incorporate some of the elements of those games. For the reboot, you again play as Faith, a young woman living in a city controlled by an overbearing corporation. Everything’s kept bright and shiny, but at the cost of personal freedom. Of course, Faith’s freewheeling activities put her at odds with corporate leaders and their security force. Faith’s moves have been tweaked and her repertoire expanded since the original game. She can run, leap, climb, balance, slide and run up or along walls. While that’s all old hat, Faith is more adept at using these moves than she was before. She also can swing from pipes, “shift” around foes and use a grappling device. All of this makes Faith’s movement feel much smoother this time around. When you’re moving along the rooftops or navigating through a mission, you need to be very aware of your surroundings and the possibilities presented by each pipe, ledge and railing. It’s important to string together moves from one item to another because this builds momentum, which allows Faith to accomplish more impressive feats. Movement in “Catalyst” is about speed, timing and awareness. If you slip for a moment in any of these, you fail. And this is the game’s biggest problem for me. I stumble. I like to consider my next move. And I’m far from perfect. Countless times I missed my mark by just a hair — but a hair is all it takes to end up in disaster. I don’t mind trying something three or four times — or even six or seven on occasion. However, when I make my 15th attempt, there’s something wrong. I began to wonder why developers didn’t incorporate an easier difficulty setting. Of course it doesn’t help that the control layout is not well designed. The default controls offer a button setup that is far from traditional and the alternate setup seems to require two right thumbs to accomplish certain maneuvers. Although it’s focused on parkour-style movement, the game also involves a bit of combat. Faith’s fighting moves involve kicking and punching for the most part. You can use items in the environment to enhance your attacks — running along a wall and throwing a jump-kick at an opponent is quite effective. You also can use a disrupter pulse to stun your foes or disable electronics. In most cases, it’s easy to avoid combat, but some storyline missions and side quests require some brawling. “Catalyst” is set in an open world filled with side missions. Although some missions involve taking out a squad of enemies and then hightailing it out of the area, most simply involve using your parkour skills to move from one area to another very quickly. As a result, there isn’t much variety to the missions. There also isn’t much variety to the cityscape. Aside from trips to underground areas, everything you see is stark and sterile. One of the things that makes platforming games fun is the setting, and this setting is dull. And the same can be said of the lackluster characters. The only character I found interesting was the computer whiz Plastic and that was only because she was charmingly eccentric. As a result, I couldn’t really get into the story either. There were plenty of twists and turns but it couldn’t overcome the bland characters. I know that I’ve complained about a lot of issues here, but I have to admit that “Catalyst” was actually a lot of fun a lot of the time. It was exhilarating to zoom through the environment, moving with ease from a springboard to a zipline to a drain pipe. The problem is that exhilaration was too often followed by frustration.

Bottom line: C Hard-core fans of precision platformers will find a lot to like in “Mirror’s Edge Catalyst,” but others are likely to find frustration.