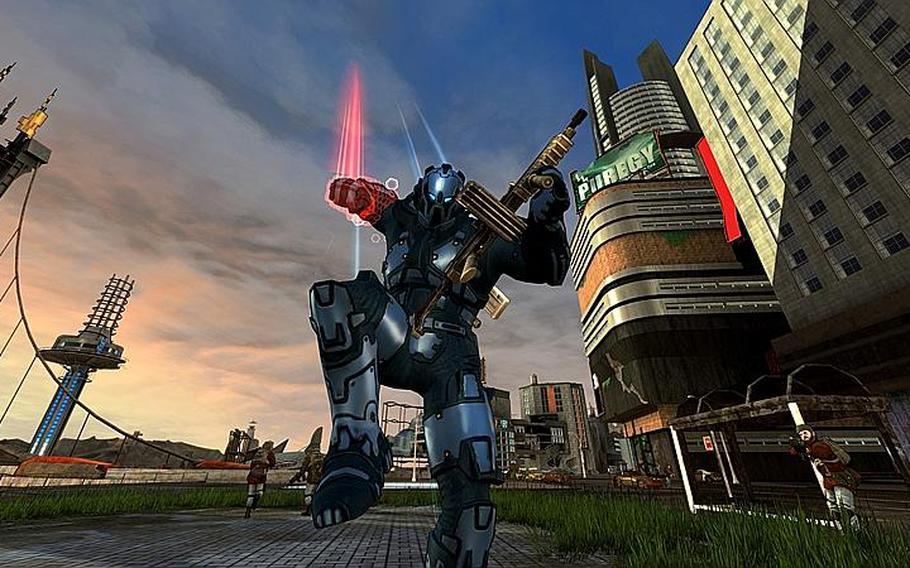 Once again, you take to the streets of Pacific City as a super agent in 'Crackdown 2.' (Microsoft Game Studios)

Once again, you take to the streets of Pacific City as a super agent in 'Crackdown 2.' (Microsoft Game Studios) 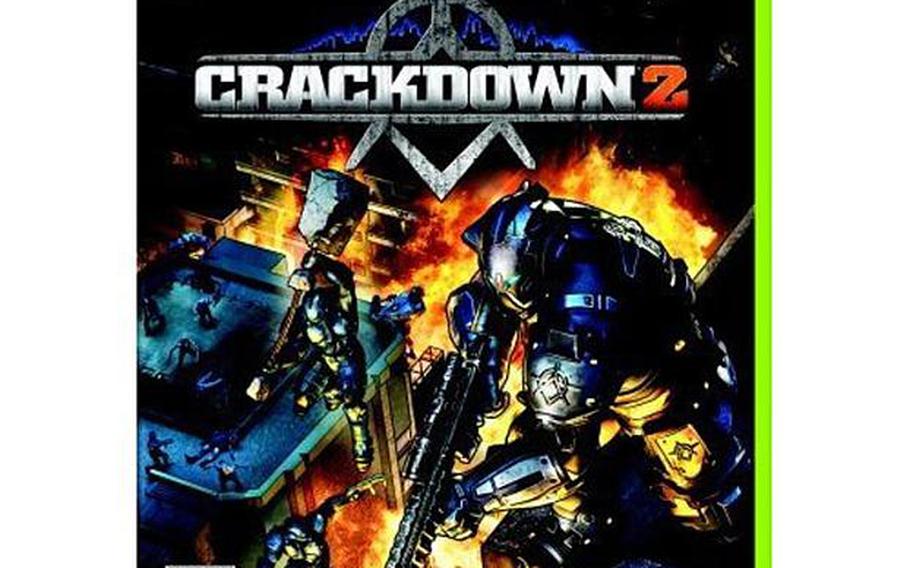 If it weren’t for the co-op play of “Crackdown 2,” the disc it comes on would be better used as a makeshift Frisbee if you already have the first game.

It isn’t much more than a mod of the original with millions of zombies thrown into the sandbox-style game. Players return to Pacific City, which is virtually unchanged from the first game except a lot of the buildings have been destroyed.

The single-player campaign can be summed up easily. You are a super-powered agent trying to clear the streets of terrorists known as the Cell and zombies known as Freaks. You run around collecting and earning power-ups that let you jump higher, pick up increasingly heavy objects and get access to better weapons and vehicles. That’s about it.

It is too similar to the original. The developers at Ruffian Games tried to address complaints about the first game’s relatively easy play by vastly increasing the number of bad guys on the screen. Once you are adequately “powered up,” they are more of a nuisance than a challenge. The entire single-player campaign is monotonous to the point of being a chore.

All isn’t bad in Pacific City, though.

Get a few of your friends to join in (the game supports a total of four in co-op) and the game becomes fun.

What was a chore in single-player mode becomes a shooting gallery of terrorist- and zombie-eradication delight.

Teamwork isn’t really emphasized in a “Left 4 Dead” fashion. It is more of an open world playground of mutilation. I can’t imagine any shooter or sandbox fan being bored in co-op play despite the lack of a challenge.

The mission remains the same and the story as generic, and you won’t be feeling any real sense of accomplishment. The point of the game is just too simple.

Did I mention the annoying announcer? I wish he would have stayed in the first game.

If you are in the market for a solid co-op sandbox shooter, go get “Crackdown 2.” If you just want a single-player game, replay the first one and imagine some of the bad guys are the undead. You’ll save money and a headache.